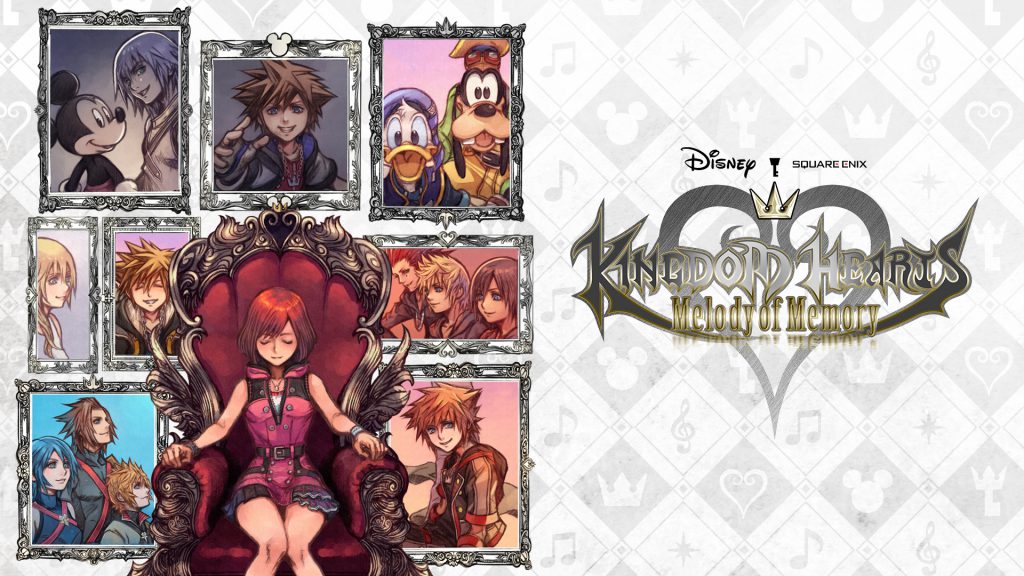 When I first heard about Melody of Memory I had no idea what to think. On one hand, I love Kingdom Hearts. A lot. It’s a series that’s incredibly special to me and I’ve loved the series since the early days. I’ve grown up alongside Sora and his friends and there’s never been a series that’s captured that special magic that Kingdom Hearts has. On the same hand (I only have the one) is there really room in the Kingdom Hearts series for an entire game devoted to the music of the series? Unlike Theaterythm this game was set to expand the series’ story and that made me nervous. I mentioned in our preview weeks ago that the game was fun. The demo was a good appetizer, giving me a sense of what the game would be like. It was basic for a rhythm game but the music was, as expected, spectacular. The part that worried me the most was the story, something I wouldn’t be able to experience until the full game released. Now that I’ve played the full game I’m glad to say that the game is a lot of fun. I’m still uneasy about the story aspects this game introduced, but it wasn’t the Kingdom Hearts ruining thing everyone predicted it would be.

Not The Same Old Story 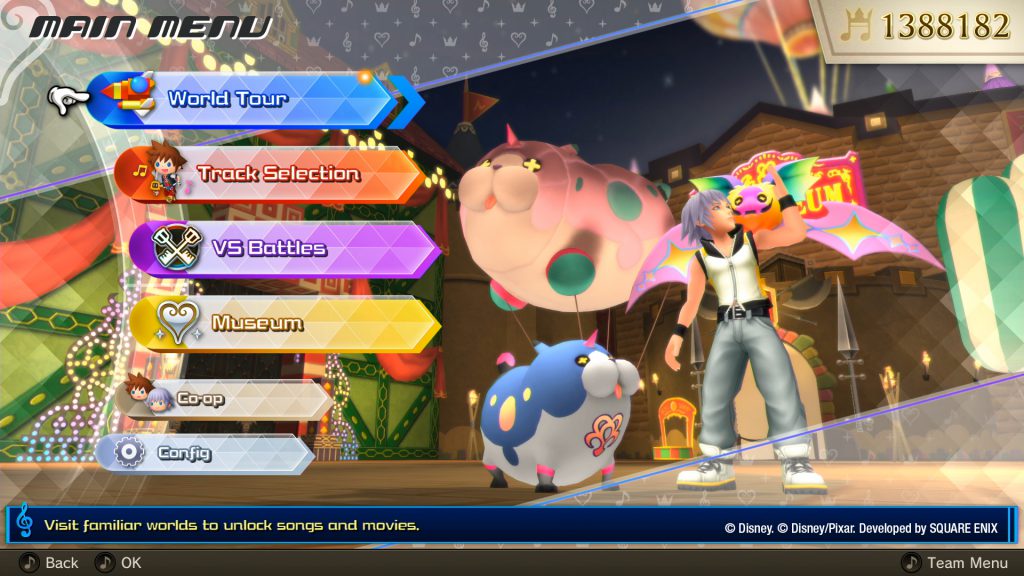 So, the story is actually what I want to discuss and get out of the way first. I’m not going to spoil anything for you, don’t worry! I just want to set your expectations before you buy this game expecting it to be as important as the other spin-off’s Kingdom Hearts has produced. For starters, there isn’t that much of a story until the very last parts of this game. The game functions more as a series recap. The premise is fine but unfortunately, there’s too much Kingdom Hearts to recap in this game. It gets the main stuff across though, and functions as good enough if all you want is a quick recap. It’s framed as going through Kairi’s memories, and it’s always nice to see Kairi get some spotlight, which is why it’s so disappointing that by the end Kairi is done dirty again. I can’t go into more details than that but it was the most disappointing aspect of the game for me. The last twenty minutes is where you’ll see all the new stuff. Boy oh boy, is it a doozy too. There’s a lot to process and there’s no denying some people will be upset. Where do I fall? For me it’s just more Kingdom Hearts and the events are just par for the course. I’m excited to see where it all goes. 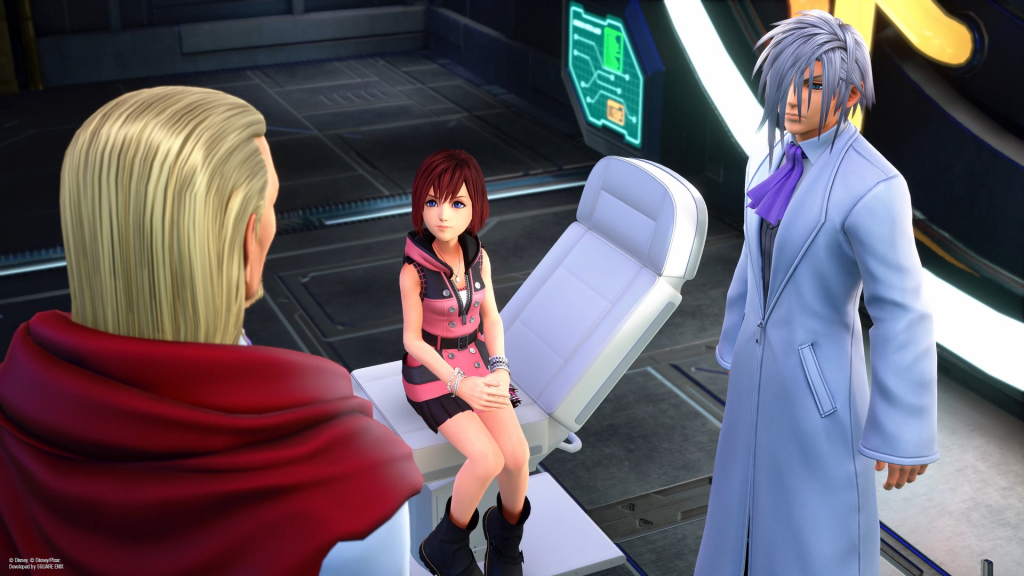 With all of that being said, though, if the story content is all you want from this game you might be better off skipping it. Not because the game is bad but just because if that’s all you care about I don’t think you’ll get your money’s worth. If you love the Kingdom Hearts music, rhythm games AND want a sneak peek at what the future holds for Kingdom Hearts then this might just be the game for you, my friend.

My opinion on the game hasn’t changed much since our preview based on the demo. The game features four teams of Kingdom Hearts characters you can use and level up as you go through the songs of Kingdom Hearts. The game has you go through each world in the order the games were released and has you play one or two songs from each world. Some songs even feature really awesome videos in the background highlighting important moments from the series. The demo gave no hint at the actual amount of content this game would feature. Okay, sure, we knew approximately how many songs this game would have. Seeing is it completely different than reading an arbitrary number.

The gameplay mechanics are exactly what you’d expect from a rhythm game. You hit the notes in time to different songs, you can use items to help you or gain more XP too. The game has three different difficulty settings and each one feels fair. Higher difficulties require more button presses and have more complex maps of buttons to push. You’ll also earn points every time you complete a song. These unlock different things at certain thresholds. All of these things are stored in the collection and though they don’t provide a practical purpose they’re pretty neat to look at. A lot of them give us a look at different Kingdom Hearts enemies and such. 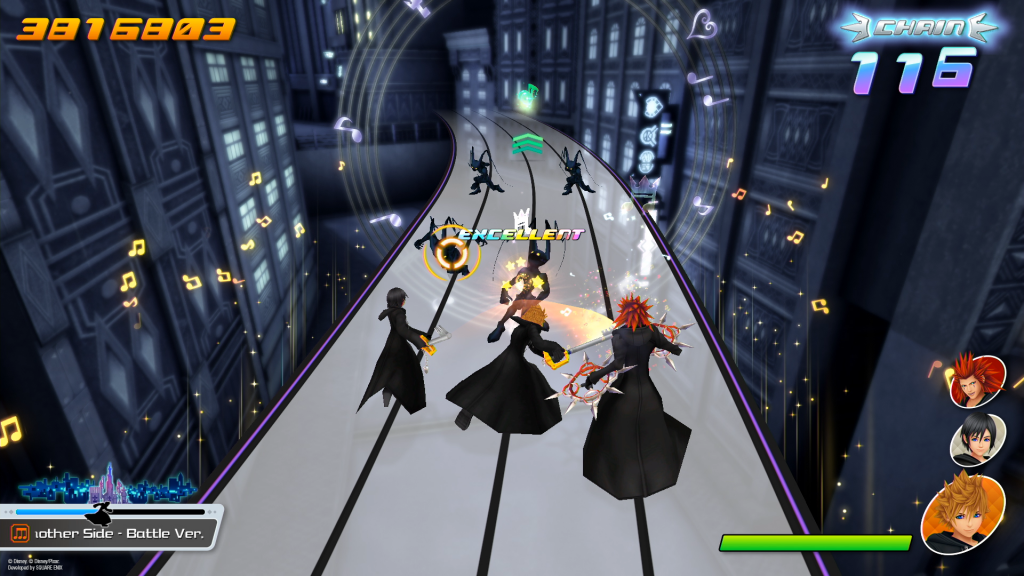 There’s also a multiplayer mode but to be completely honest I didn’t touch it much. From what I did play, though, I can say it works completely fine. The multiplayer in Melody of Memory sees you compete against another player to see who can score the most points. For the record, you can do this against a CPU as well.

The best part about this game though? That’s the nostalgia, easily. Occasionally I would encounter a song I had completely forgotten about. The moment I did all the memories would rush back to me. It brought back memories of all the reasons I love Kingdom Hearts. I remember playing the first game, and almost crying as Sora turned himself into a heartless. I remember the second game and how Roxas grew on me in those first couple of hours, only to have to watch him return to Sora. Playing through the songs of 358/2 Days made me remember fighting that absolutely ridiculous bone dragon thing that kicked my butt more times than I want to admit. I remember Xehanort’s awesome quotes and the end of Birth by Sleep but most importantly, I remember the strong emotions I felt when witnessing all these years of buildup come to a close in Kingdom Hearts 3. I’m almost a little embarrassed to admit to how emotional this game got me. There’s no doubt it’ll do the same for any true Kingdom Hearts games out there.

This is an incredible way to experience all the best hits created by Yoko Shimomura. As far as I’m concerned she’s right up there with Nobuo Uematsu and her music will always be one of the main reasons I’ve loved these games. 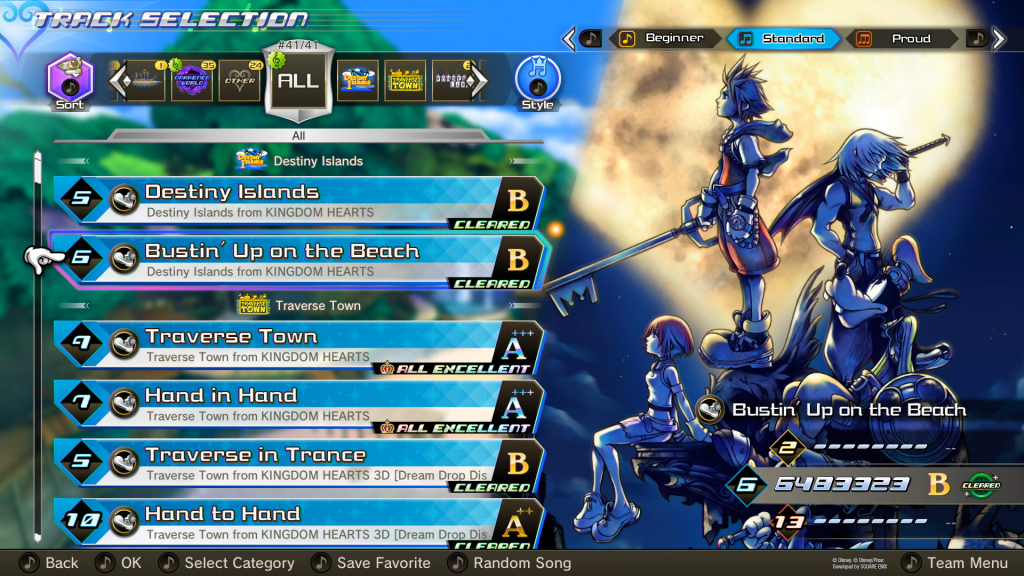 A huge thank you to our partners at Square Enix and Fortyseven Communications for providing us with a review code for this game. You can grab Kingdom Hearts Melody Of Memory for $79.99 on PS4, Xbox One, and Nintendo Switch!