Actress Vanessa Rubio  ‘strikes hard’ with her portrayal of Carmen Diaz on the Netflix hit series Cobra Kai! The Karate Kid saga continued on January 1st as Season 3 took the streaming giant by storm. Single mom to compulsive teen Miguel Diaz (Xolo Marduena) and romantic interest of the often inappropriate but ever loveable Johnny Lawrence (William Zabka), Carmen surely has her hands full! Crooked Llama had the awesome opportunity to speak with Ms. Rubio about her fierce role that has audiences lit up with anticipation. Check it out…

Vanessa: Yes. Happy New Year to you, too.

Linda: I binged Season 3, that was my New Year’s Day. It was amazing!

Linda: How does it feel to be a part of this iconic pop culture saga? Did you watch Karate Kid back in the day?

Vanessa: I absolutely did. And it feels amazing. Simultaneously it feels ‘is-this-really-happening’ bizarre. Then it’s also like, “Yeah, naturally this is happening.” I grew up watching these movies, so it’s been an amazing ride and journey. I am very honored to be a part of it.

Linda: Did you think the show was going to take off the way it did? I mean, when it first came out on YouTube I told people how great it was and so many more people are finally watching it now. What was the reaction of your friends and family when you told them that you were involved in all of this?

Vanessa: Well, it kind of mirrors that, because, at first before you see anything, no matter how many times somebody tells you, “It’s so good,” or, “Look what I’m doing,” they’re like, “Yeah. Okay.” (laughing) And then when they experience it themselves, they’re like, “Oh my God, this is amazing!” I have an older brother and an older sister. I’m the youngest of three, and my older brother really was the one who was watching The Karate Kid One and Two on repeat. So I think he, most of all, was really subtlety proud. And he’s my older brother, so I think he doesn’t show it too much. But they were all psyched. And I also have a big family in Columbia, and they are all very much psyched and supportive, so it’s been nice.

Linda: That’s really sweet. Well, I’m just going to jump right into what has happened on the show. I’m glad I get to talk to you after Season 3 because you [are free] to talk about it, so that’s great. Your relationship with Johnny, I was really rooting for you guys. Can you describe that relationship and what draws Carmen to him?

Vanessa: I think it’s just so wonderfully written. The part of it that I love the most is that it’s natural. I think their attraction to each other and her attraction to him comes by surprise. And initially, she almost has an aversion to him, which I think that’s relatable. Strong feelings are strong feelings, right? So she comes to see him in a new light and I think she sees him in a light that no other character in Cobra Kai sees him in, because she sees him via his intentions towards her son. So that really creates a soft spot for her. She’s not been blind to his issues, I think she just kind of takes it in stride. And hey, they’re neighbors, so thank God for proximity.

Linda: You see towards the end, Johnny has this revelation of like, “Yeah, she’s the one. She’s definitely the one.” That was nice to see. Where would you like to see Carmen and Johnny’s, relationship go?

Vanessa: I haven’t thought about it too far in advance, but I think I’m just really enjoying the current journey of them learning and evolving together. Kind of like these orbiting planets or something. They teach each other in ways. And I think that’s really nice to see, because I also, as a watcher of the show, was very excited to see that turn in [Johnny’s] character near the end. And it was like, “Oh yeah, go for it.” So, it’s nice to see these characters grow in their own courage towards their feelings towards each other. And I think it can only get better from there. I mean, I hope anyway. Who knows what the writers think?

Linda: I agree with you a hundred percent. I was nervous with Ali though. I was like, “Oh no.” I love her, but I was so rooting for you guys.

Linda: I’m glad it worked out. 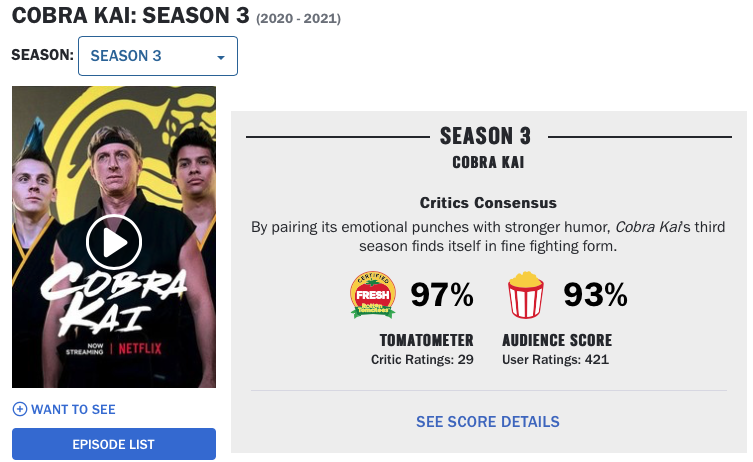 Linda: Now I want to talk about your relationship with Miguel. Carmen is a single mom. What is her biggest strength in being a single mom to Miguel or weaknesses even? And, with regard to the bullying that plays out throughout the series, do you think she’s doing the right things, I mean as a mom looking out for him?

Vanessa: Right. Oh, my gosh. I mean, I’m not a parent now, but second-hand, I don’t know how somebody may feel in this circumstance. I think it’s really difficult for her, because she loves her son so much. She really does. In my formation of the character, that’s the central point. That’s what drives her forward. That’s her guiding light. She’s just trying to be a good parent, but she’s realizing her own limitations too, as much as she doesn’t really want to admit it. She can’t be a father to him. She can’t teach him as a dad would, so I think she’s grateful that Johnny has come into their lives and kind of taken up that role. And she sees that he genuinely loves her son just as much as she does. So I think that is something she’s navigating. Sort of being able to entrust other people with this, basically the most important thing in her life. Her strength as a single mother is admirable, absolutely. She has a lot of dignity and grace and just gives as much as she’s able to give to her son.

With the bullying, I think she doesn’t quite understand it. It’s out of fear almost. She’s kind of nervous for her son, but also I think learning to trust him, his instincts. And I think she knows too, like at the end of Season 1, when he was kind of going in the wrong direction, she was like, “I don’t like that look on his face.” She has a strong, intuitive sense, but being a woman, being who she is, she knows that she has to talk to the right people. You know what I mean?

Linda: Yes. I love that the show is also very… It’s very layered. I was talking to a friend about this the other day. How easy it is to judge without knowing a person’s backstory. Johnny for example… we’re not expecting to fall in love with him and now everybody just does.

Linda: And now you get to see John Kreese and hear his backstory as well. Everything has an effect and now you know where people are coming from. Bullying, judgment, retaliation…  What do you think is Cobra Kai’s biggest message? People have become connected over this series in a time when we’re all sort of dissociated.

Vanessa: Absolutely, I agree with you. I think the producers and the writers have done a really good job of growing the values that the Karate Kid introduced to everybody, but evolving it past the ’80s stereotypes. When you open that door to, “Okay, let’s see beyond the stereotypes,” that means for everybody else too, not just for Johnny. It means for the neighbor kid who he’s initially annoyed by, and then you see the backstory there and his mother. It all unfurls in a really nice way. I think that the most valuable message for me that fills me with a sense of purpose, both as an actor and as the character and reading the storylines, is that no matter your strong emotions or your trauma or these bad things that happened, you can go this way or that way. You can experiment, and you can come back… You know what I mean? … from whatever dark side. There’s a whole lot of gray, as they say.

And the use of martial arts with this has just been amazing. I think it’s a direct way to transform that energy, to really be inquisitive about it. What is my anger or my aggression really about? Can it change? Can I evolve it? And I think we’re seeing the young kids, and then also the older, Johnny and Daniel, evolve in those ways too. The journey doesn’t stop. You’re still changing. When you were a kid, when you’re an adult, you’re still changing. You’re still learning the lessons. So I think that’s really what I value most about it.

Linda: Definitely. There’s no stopping in learning, it’s all progressive. You also bring up something that I wanted to touch on… martial arts. I looked up a couple of other interviews that you had done and found out you did indeed take karate when you were younger in New Jersey. I believe you said you hadn’t gotten your black belt, that you had left before that happened. If this series required you to throw a few moves though, is that something you’d be down to do?

Vanessa: I’d be more than down to do it. I think some of us have those things that we played an instrument when we were younger or something and we left and thought, “Why did I do that?” I don’t know why I dropped out of karate. I guess I wanted to associate more with girl things. I don’t know. But I love the karate training. I used to love the formations and the stances and the breaking of the woodblocks. I would be more than happy to retrain. Absolutely.

Linda: Can you jump in with somebody on set there? “Hey, guys [can I join in].” (laughing) When you’re a kid participating in an activity, sometimes you just leave it. You simply try things. It’s not bad, but you can always go back to it.

Linda: Given that it’s the start of the New Year, do you have any resolutions? What are you looking forward to in 2021?

Vanessa: I try not to give too many hard resolutions. I just kind of listen to the rhythm of my life, where it’s going. I really just kind of, I don’t know what the word is, intending to go with the flow, to listen to my own intuition, and to develop a strong sense of self and voice and really what I’m kind of here to do and give as an actor, just moving along with that current, because it’s been a nice ride so far.

Linda: That’s wonderful. And congratulations on a successful series. I can’t wait to see how everything evolves. I have to tell you, I was teary-eyed at the end of Season 3… that doesn’t happen easily. I wish you continued success and congratulations again.

Vanessa: Absolutely, I really enjoyed talking to you, and thank you for your time.

A big thank you to Vanessa Rubio for taking the time to chat. Catch Cobra Kai Seasons 1, 2, and 3 streaming on Netflix NOW!