Cobra Kai has been receiving rave reviews since it’s release on YouTube Red two weeks ago. The Karate Kid saga continues 34 years later in this masterfully executed 10 episode series that reunites legendary rivals Danny LaRusso (Ralph Macchio) and Johnny Lawrence (William Zabka). The fire between Danny and Johnny is reignited in Cobra Kai and we now find them using their knowledge to guide the next generation in overcoming obstacles reminiscent of their own youth. Fan Fest News was fortunate to speak with one of Cobra Kai’s star pupils, Miguel Diaz, played by the dynamic and charismatic Xolo Maridueña.

Linda: I just finished watching Cobra Kai, I loved it!

Linda: How did you get involved with the project?

Xolo: I had [only] seen the original Karate Kid maybe once or twice before going out for the role, and because of that, I didn’t recognize the name. My mom and my dad were like, “What?! What do you mean you don’t know Cobra Kai! This is the Karate Kid!” But, I think it actually made auditioning a little bit easier, because the pressure wasn’t really on until the callback. Going into the first one [callback], I wasn’t too familiar with the legacy that Ralph [Macchio] and Billy [William Zabka] had led after the original Karate Kid. I guess that’s how I got started initially. Then, you have the first couple of days of filming where it’s all just getting to know the rest of the task, getting to train and stuff like that, those were the biggest components.

Linda: So you had watched the Karate Kid. Did you enjoy it?

Xolo: I was so young, I was maybe 5 or 6 when I watched the first movie. I watched it again once we got the role and once everything had fallen into place. I really do enjoy the movie and I think I loved them so much more just because I’m a part of this wonderful project. I’ve come to appreciate the writers and everyone that did the original Karate Kid and it really does make it so much more special.

Linda: Do you have a background in martial arts?

Xolo: I had a small background in martial arts in the first and second grade doing Shotokan karate. I did a couple competitions here and there, but, it really was weird and hard to get back into it just because I played tennis and basketball. I figured I’m athletic, so it should be okay, but the body parts and muscles that you use are so, so different than the movements from tennis and running. There, you use your arms and stuff like that, whereas karate is legs, and legs, and legs and more legs. It is an interesting change.

Linda: So you had to do a lot of extra preparation.

Xolo:  Yeah. We trained every day for four months for 2 or 3 hours and on top of that stretching for another hour in the morning and an hour at night.

Linda: When you were working with William and Ralph, did they offer you any advice going into Cobra Kai? Did you train with them?

Linda: Did Ralph or William offer you any insight regarding the dynamic of your character.

Xolo: I think there are two sides to this question. You have one side which is Ralph, Billy, the writers and directors, who really gave me a lot of freedom to be myself when it came to this role. That being said, this show really does have a lot of the same nuances that the original did and because of that, I would ask Ralph and Billy, “Hey, when you were filming this scene in the original what was going on through YOUR head?” You can clearly see what’s going on on the screen but how did you get into the mood, what were you thinking, what do you think your motives were in this scene? So just asking them questions like that sometimes was more helpful than explicitly them telling me what to do.

Linda: That was very smart on your part. I also want to talk about the subject of bullying a little bit. We see Miguel, in the beginning, being a victim and then the table kinda turns and he gains some confidence. Do you see this change as an ideal for Miguel or do you see it going down a bad path for him?

Xolo: The show really does do something interesting, the show is one big gray area. It’s not really a good guy/bad guy like you see in a lot of movies, it’s not the hero and the villain. It really is, both of these characters, Ralph and Billy, and to some extent Robby and Miguel, they really are facing a lot of the same problems obviously in different scenarios and different experiences but there are different ways that they decide to act on those obstacles and what not. Miguel takes on Cobra Kai, Robby through his anger with his father joins LaRusso to try to piss him off and they both end up taking very different paths and because of that I think it’s gonna lead to a very interesting second season to learn where these characters are gonna end up. By the 7th, 8th, 9th and 10th episode you really do see the two characters almost switch in a sense of ideals and where they are emotionally. You see, I don’t wanna give any spoilers just in case anyone hasn’t gotten a chance to watch it yet, but you really do see an emotional change in both of these characters, in a lot of the characters but specifically in both Miguel and Robby that is going to provide for a very interesting Season 2.

Linda: I’m so excited that Season 2 is coming out! Thrilled.

Linda: What do you feel are Miguel’s biggest strengths and weaknesses. What advice would you offer him?

Xolo: High school relationships are very hard. I’ve found, even with a lot of my friends, that when relationships end, it’s like the ‘end all’ you know, like your life is over, but it really is not the end of the world. I think everything happens for a reason. I am a firm believer in that. Miguel has a lot to learn when it comes to being mature, precocious and what not. He’s a sophomore in high school, and he really does have a long, long way to go. It’s easy for adults and even for older teenagers to be like, “It’s so obvious. Why would you make this decision?”

Miguel is someone going through high school, a high school he’s never been to, he’s meeting people he’s never been friends with and getting to know people he’s never known before. The biggest thing is that he’s very easily swayed, and it really is, “Do I like this or do I like that? Oh, if I like this, I’m gonna head toward that.” So, if it’s all in your mind, it’s not wrong. It really is his nature to strike hard, strike first because that’s all he’s ever known now. He’s gone into this world where he is dropped into Raseda, not knowing anybody and now Cobra Kai is his life. He really does work hard to make his sensei proud, and because of that, some people are like, “Oh, but he’s the bad guy now” and it really is just gray. It’s all very subjective. I think the biggest piece of advice I can give Miguel is just to learn that everything happens for a reason, and you can’t take yourself too seriously. To an extent, you gotta be humble. Those are some things that I have to tell myself! (laughing)

Linda: I think that’s great, that’s a very mature attitude to have. I’d love to go a little to the lighter side now. I love the 80’s retro vibe throughout the series, especially the music. I wanted to ask, did you personally get into it?

Xolo: Personally, I love music and not even just the music but 80’s culture. The culture itself is really, really different. I would say just by sheer association because my parents are both avid fans of art throughout all the decades, mostly the 80’s, the 90’s, the early 2000 ’s. Because of that of that, it was really easy to try to understand the feeling of the 80’s. I wouldn’t say that I got obsessive with worrying about the 80’s, but it really is interesting to listen and to watch and to experience a time that isn’t your own. I’m very familiar with early 2000’s with the 2010’s, but I’m not familiar at all with 60’s, 70’s, 80’s, 90’s. Being able to take on this role really was interesting,-to learn about Guns and Roses, Whitesnake, and all these different groups, it’s almost like getting the feeling of discovering. I tell my mom, “Have you ever heard of this group?” and she’s like, “Yes dumbo, of course, I’ve heard of this group, this is what we grew up listening to, you didn’t discover them! This isn’t new, these bands have been around for 30-40 years.” (laughing) I really do find it fascinating.

Linda: They must have really been thrilled when you took on this role.

Xolo: Yeah! They were like, “Have we ever heard of Karate Kid? Do you live under a rock?!” (laughing)

Linda: I also wanted to talk a bit about your role on Parenthood. I was a big fan of that show and I remember you. I loved your role as Victor who was a bit of a troubled kid. I see similarities between him and Miguel. What did you learn from playing Victor that helped you move forward? It was very early in your career.

Xolo: It was, it was in the first year of being an actor. They’re both completely different characters, but they really do experience a lot of the same struggles. Although they have two totally different lives, one’s adopted (although we don’t know whether or not Miguel’s adopted, we can assume that he’s not), they do struggle with a lot of different things. You do see a lot of similarities, because most of these characters are very emotional. When I say emotional, I don’t mean like teary or they cry a lot. When people say emotional, it has a negative connotation, ‘Stop being emotional’. They’re both very passionate and you see it with Victor and baseball, and you see it with Miguel and karate. Because of that, although they do have their moments, struggles and hardships, their outlets are very similar. Some of the traits that they have are similar, and some of the situations to an extent are also similar. Because of that, it was familiar to get into this type of character.

Xolo: It’s not confirmed yet but, there’s a project coming up soon called Aristotle and Dante. It’s based on a novel, a young adult novel about relationships and I’m really excited about that. We did a table read, it’s very, very much in its beginning stages. I really do support everyone that is part of the project and because of that, I think it’d be right to give them the respect and acknowledgment that they deserve. So that is the next thing. Obviously, high school right now, AP tests are going on. Shout out to my teachers! They’re always making sure that even if I’m missing 3 or 4 months to be across the country filming that they still focus me as much as they can.

I wish all the best to Xolo in his future endeavors and cannot wait to see his journey continue in Cobra Kai Season2. Be sure to check out Cobra Kai currently available on YouTube Red! 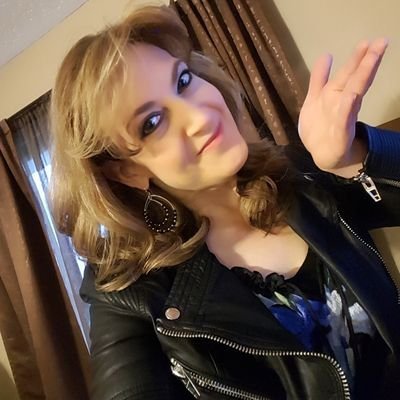