You know what’s not easy for a TV show? Following up a poorly received first season with an entirely new lead. When it was announced that Ruby Rose would be leaving Batwoman, I knew they’d have a rough time. There’s no way we can just forget season one – even if many people would like to. To make matters worse we were suddenly hit with a pandemic, which cut the first season short. Now we have a new Batwoman in Javicia Leslie and the series is determined to carve a path forward without Kate Kane. My biggest issue was all of this was with Kate Kane herself. How do you bring in a new Batwoman when all the supporting characters are tied to Kate Kane? The villain is her sister, the police force (essentially) is run by her father, Batman is her cousin. It seemed to me like it couldn’t work. Luckily, Ryan Wilder makes a compelling case for the change –  and who knows? Maybe Ruby Rose can show up later on. The Batwoman season 2 premiere does its best, at least.

Leslie is fun as Batwoman. She has fun with the role in a way that Ruby Rose never seemed to. The character already knows martial arts, she has a deep sense of justice and she even has a reason to join the Batfamily. She displays a wide range of acting in this episode too, and the weight of the Bat symbol isn’t lost on her. This episode serves as a wonderful introduction to her and already she has layers that I don’t feel Kate Kane had. She’s basically already a superhero. She’s got dead parents, and she wants to take down the False Face Society to avenger her mom. As if her backstory wasn’t tragic enough she’s also been to prison for a crime she never committed.

Let’s also address the fact that she’s black. I get it, comic book fans don’t like change. For all of you crying about how it’s all SJW nonsense, the truth is you were never going to watch this show, to begin with. I can’t believe I have to say this but representation is important, and it matters. We need more black heroes, more gay heroes, and just… more heroes.

If there’s a problem with this episode it’s actually probably with the rest of the case. I understand that this is the first episode, and as such we have to address the fact that Kate disappeared. How can we not? A large part of this episode is devoted to Kate, though. Her family dealing with the fact that she’s missing. This really brought out the psycho in Alice, though, who may have given her best performance yet. She’s more interesting than ever and her story could end up being one of the best of the season if done right. Thankfully the writers seem to be avoiding the redemption route. 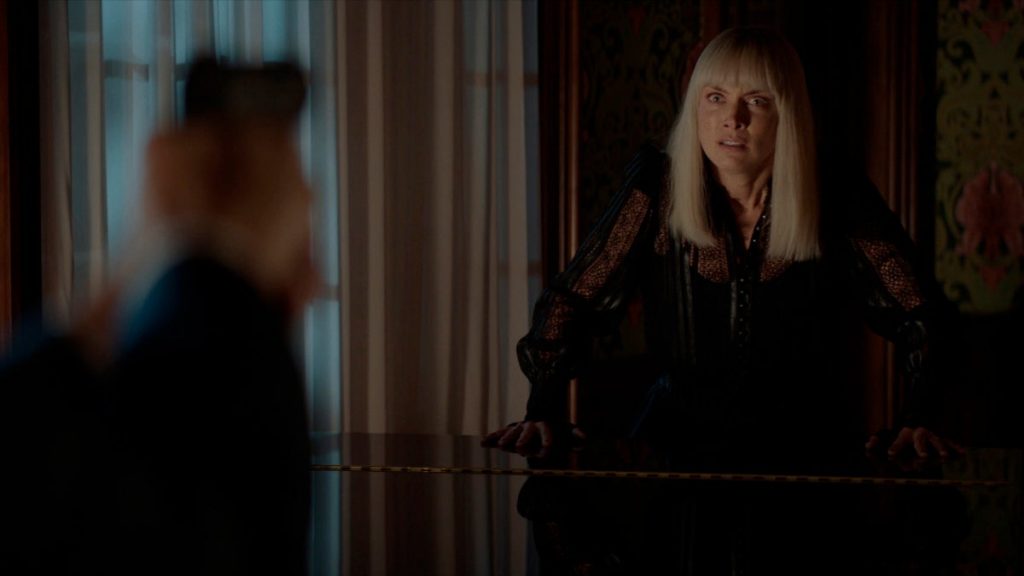 Tommy Elliott as Bruce Wayne though? Yeah, I don’t think we’re going to be dealing with that too much. It’s a shame, and it might be the one bad part about losing Kate.

There was never a perfect solution to losing Ruby Rose. Luckily, though, Batwoman does its best with the pieces it has left. It’s impossible to give a final verdict on whether or not changing actors’ worked with only one episode, but I’m optimistic. There was an energy to this season that the previous seasons simply didn’t have and a lot of it has to do with Javicia Leslie. Over the upcoming weeks we’ll see her transition more confidently into her role as Batwoman and who knows? She might just be even better than the last one.