The first thing that springs to mind when someone says ‘Kingdom Hearts’ probably isn’t rhythm games. Well, throw all those silly RPG notions aside and make way for the future of Kingdom Hearts. Musical Games! Square-Enix surprised pretty much everyone when they announced that the next Kingdom Hearts game would be a musical rhythm game. It’s not as surprising as you might think, though. A few years ago there were a couple of excellent Final Fantasy music games, and even a Dragon Quest one I believe. These games featured a ton of leveling up, lots of great songs, and cute character designs. The same people behind those games are making Kingdom Hearts: Melody of Memory. Square released a Kingdom Hearts: Melody of Memory Demo recently.

Kingdom Hearts: Melody of Memory is going to feature all of those things and also expand on the story to Kingdom Hearts 3. When it comes to Kingdom Hearts they could do pretty much anything and I’d instantly a fan. I’ve been following the series since around the time the second game was released in North America. A friend of mine convinced me to give it a shot and I immediately fell in love. Since then, it’s been all things Kingdom Hearts for me and there aren’t any words to express how happy I was when Kingdom Hearts 3 finally released. I’m a fairly big fan of certain rhythm games too and greatly enjoyed the Final Fantasy Theateryhtm titles on the 3DS. I was hoping that Melody of Memory would feature some of those RPG mechanics that made the other games so fun. I wasn’t disappointed, because based on the menus in the demo it looks like leveling up will in fact be present. By now you’re probably wondering how the whole thing plays, right?

Well, like most rhythm games your job will be to hit buttons in time to the music. MoM will feature over 140 songs taken directly from Kingdom Hearts and the Disney worlds you visit throughout the series. Characters will run along a select path and you’ll have to hit buttons as they appear on the screen. Doing so will choose whatever character running along to attack an enemy, dodge an attack, or otherwise get rid of some kind of hurdle. The Cross button, L1, and R1 buttons (PS4) are used to attack. You will hit one, two, or all three of them at once depending on what the game tells you to do. The circle button (ps4) is used to jump and occasionally you’ll have to jump and attack. Finally, the triangle button (ps4) is used to trigger special actions such as magic. You’ll have to pay close attention while running through these stages and hit each button in time to the current song. The game features three difficulty modes, so even if you’re not the best at rhythm games you should be able to get through it to enjoy the story.

From what I’ve played I doubt this is going to be a hardcore rhythm game, but I supposed I could be wrong. The demo only featured a handful of songs. This is more likely to be a more casual title though, placing a higher emphasis on the world of Kingdom Hearts. That’s not to say the game won’t be challenging, Proud mode looks like it’s going to kick your ass. I just mean don’t expect this to be the next DJ Max game. It was still a great deal of fun though! Kingdom Hearts is known for having absolutely spectacular music, so each song is a spectacle for your ears you’ll no doubt enjoy. It’s not just that, but also the nostalgia accompanying you in each song. Maybe playing a certain song brings back your own memories of when you first heard it. I know it did to me. It was almost enough to make me emotional. Kingdom Hearts is more than a game, and I know that’s true for many people. It’s something that is truly beloved, a weird gem that a lot of us grew up with and spent years waiting to see Sora’s ending. With the Xehanort Saga over, I think having one last chance to go through our own memories of these games is a beautiful thing. 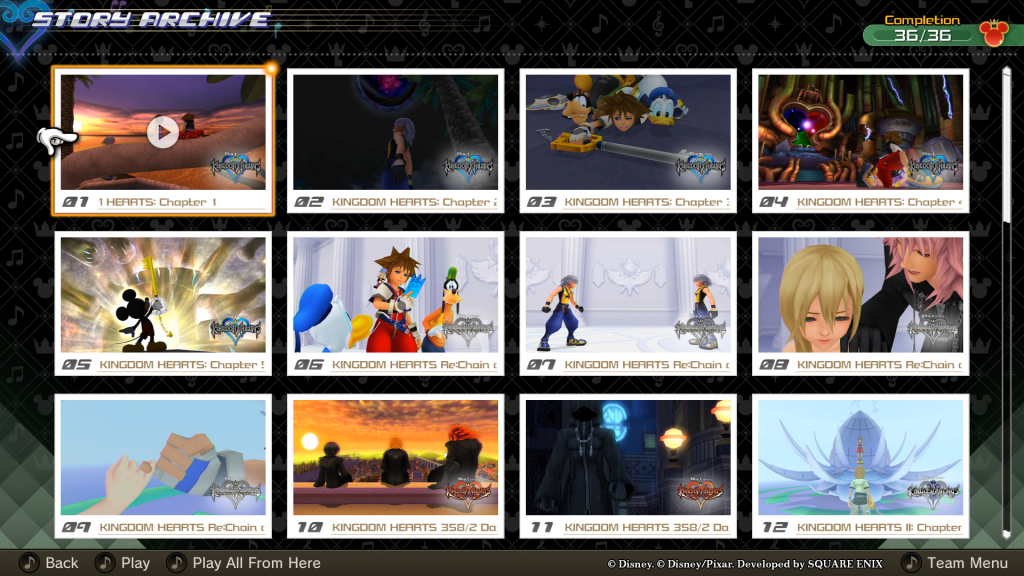 The way this all plays out revolves around Kairi. Very little is known about the story, but basically, Kairi will be going through her own memories of all the games’ events. This will all culminate in seeing events that will lead to future games and expand on Kairi’s story from the Kingdom Hearts 3 RE:Mind DLC. Don’t expect any huge progression in the story though, this is a side game after all. Nomura, the series’ director, did say however that there would be several hints sprinkled throughout.

I’m always up for more Kingdom Hearts, so this is one I’ll be eagerly anticipating. Already got my pre-order and everything. You can even play this one on the Nintendo Switch. If you’ve never experienced Kingdom Hearts, I can’t help but feel this might not be the best place to start. The series is already confusing as is. Then again, if you just want a fun rhythm game this might just scratch that itch.

Kingdom Hearts: Melody of Memory is to be released on November 11th, 2020 in Japan and then on November 13th, 2020 for the rest of the world!