Are you ready to head back to Litchfield for another season? This time around, the ladies of Litchfield have found themselves entering a new maximum security facility after the fallout from the fifth season post-riot cliffhanger. In maximum security, friendships will be tested and new allegiances will be formed!

Season six is sure to be an exciting continuation of the Netflix fan-favorite series. On Monday, not only did Netflix drop a brand new trailer for the upcoming sixth season, but they also released a set of first look images, brand new key art, and the official season synopsis.

The official synopsis for season six reads as follows:

[row]Picking up one week after the emergency response team stormed Litchfield Penitentiary, the ladies of Litch have been torn apart, literally and figuratively, as they enter a new facility in the sixth season of Orange Is The New Black. Now newbies they must navigate new rules and power dynamics, starting at the bottom, and getting hazed by inmates and tortured by guards. Friendships will be tested and new allegiances formed — some by choice and others by circumstance — as the women face a slew of charges from the riot. Will they take plea deals and turn on each other or band together and keep their bonds intact?[/row]

Orange is the New Black Season 6 launches globally for streaming via Netflix on Friday, July 27th.

Check out the new photos as well as the new key art from season six below. Are you excited about the next season of Orange is the New Black? Tell us about it in the comment section below, and don’t forget to check out the new trailer HERE! 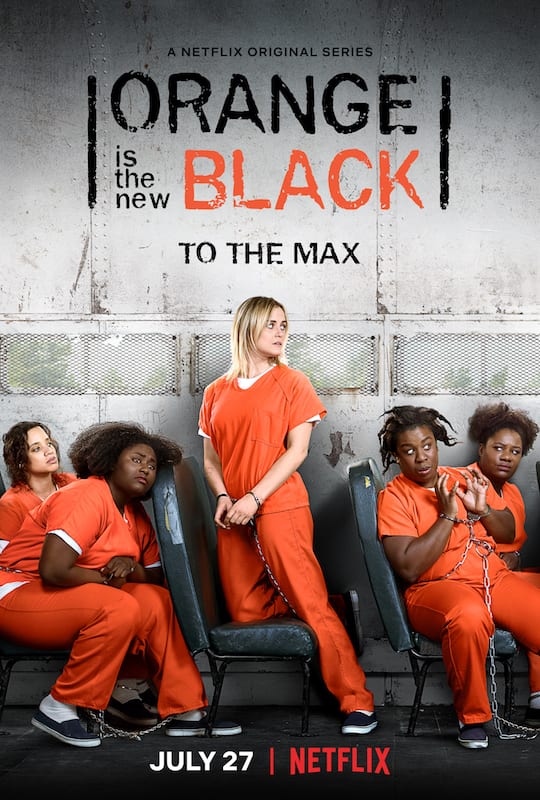