Steven Soderbergh is back and despite describing his new film, Logan Lucky as the ‘anti-glam Ocean’s 11,’ judging from the trailer released yesterday it’s going to be one fun roller-coaster ride.

The first look at the film see’s Daniel Craig not looking as dapper as his 007 character James Bond; Sporting a strong southern accent and platinum blonde hair, Craig’s role as Joe Bang is already worth every penny of a cinema ticket. It’s refreshing to see the actor in a comedic role, especially in a film that has a very impressive all-star cast that includes: Channing Tatum, Adam Driver and Riley Keough.

Written by Rebecca Blunt, the film follow’s the Logan family – Jimmy (Tatum), Clyde (Driver) and Mellie Logan (Keough) – as they plan an elaborate heist at the Coca Cola Cup NASCAR race held at the Charlotte Motor Speedway. To get their hands on the goods they enlist the help of Bang (Craig), an expert in all things explosives and the brains behind blasting the doors to sealed vaults – the clue is certainly in his name. It seems it will be their lucky day as the race acts as the thoughtful distraction to their thieving scheme.

The trailer may link to the conventions that were included in the Ocean’s trilogy, but Soderbergh in an interview with EW in April depicts Logan Lucky as a distant relative to set of films: 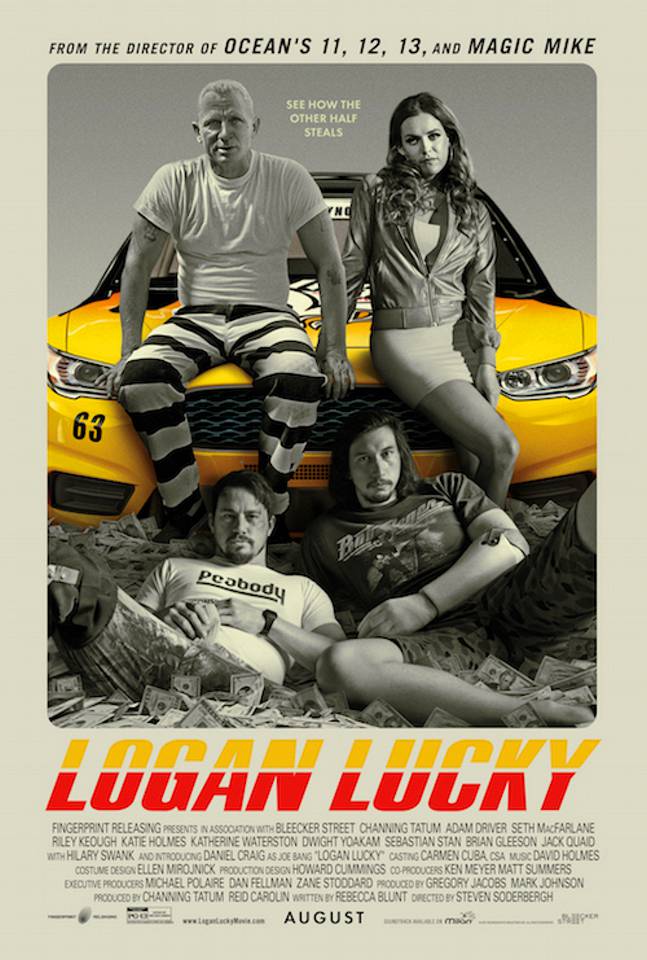 Logan Lucky is set to be released August 18.