Remember film school dropout Patrick Cotter? The young Australian filmmaker who launched his YouTube career by taking a road trip across America and documenting it… Well, Cotter is back and this time he’s super official! Since our last sit down with Cotter he’s been extremely busy rewriting his narrative. From co-founding We Are Wild Ones, a Melbourne based production company connecting through a love of creating, to releasing his very first Documentary at Supanova Comic Con alongside sister Eliza Taylor, of The CW’s The 100, Cotter’s future has remained bright indeed.

But it hasn’t been perfect lighting and impeccable shots leading up until this point, Cotter shared with us that since the last time we spoke his career actually took a bit of a decline. “I wasn’t accomplishing what I had set out to do,” he said. “I think I tried to do too much too soon and I felt burnt out and less inspired than I was when I first started.”

After that harrowing realization, he removed himself from creating the same content he had been known for: daily vlogs, and delved into a new form of creating: working for a consultant business doing photography for entities like cafes, mixed martial arts, and helping others develop their own ideas. Following the shift, he took a trip back to the U.S. and reacquainted himself with his camera, friends, and sense of purpose.

“After all this time exploring different genres of creating I was able to rediscover my love for what I do and respark the passion that I feel like I was slipping away from,” he said. “It’s amazing to be making great progress in a career that I absolutely believe I am meant for and that I have always seen myself making an impact while doing.” 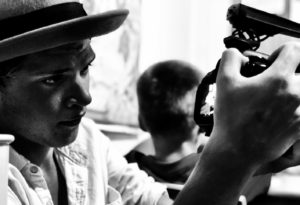 The fact that at such a young age he’s already able to say that he has his own company, should give him a sense of pride and happiness to say the least. From that new sense of purpose sparked the Koh Tao documentary. Cotter, along with Taylor, Richard Harmon and William Miller, went to Koh Tao in hopes of making a real difference. Cotter had never been anywhere in South East Asia before, but it had always been high on his list to experience the culture in Thailand.

“While making the documentary it showed me how big of an impact we can have on communities, big or small,” he said. “It takes simple acts of kindness, one simple act, one simple task that can be the catalyst of a child having a happy and healthy future. If you have the chance, take the time you have and pay it forward to someone who needs it, even if it is in your own community, help where you can, help those who can’t help themselves, because at the end of the day it will go further than you realize, it will have a domino effect on so many people.”

A domino effect is exactly what this powerful documentary had as it premiered at SupaNova Con in Australia to a packed panel. The documentary, which highlights Koh Tao International Primary, a not for profit school for local Thai and Burmese children living on the island of Koh Tao, focuses on the lack of education and opportunities on the island. Taylor, along with long-time friend Claire Wyndham, enlisted the help of Taylor’s rabid and loyal fanbase to crowd fund their idea to provide these children with a quality education. And boy did they succeed. It was a stepping stone, for sure, that would continue to bring essential tools to children facing misfortune in the most fundamental way: proper schooling.

Now that his labor of love has been released into the world for all to see… what’s next for Cotter? Has being involved in making the Koh Tao Kids documentary changed his views on education… Cotter sternly says ‘no.’

“I have always thought about how important education is, I’ve never agreed with the education system in Australia and the aspects that they focus on.” he said. “I have always had a positive view of education as a whole and know that it is the most important thing in a person’s upbringing, and the most influential aspect of someone’s life that can directly impact how they move forward.” 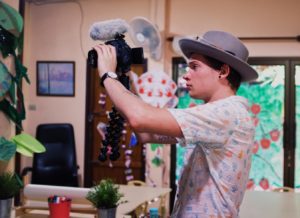 Cotter not only directed and produced the film, but he edited it as well. Four months of endless labor went into the editing of this documentary. Cotter reminisces about the process and how what he originally envisioned was thrown completely out the window– but the finished product, something he is extremely proud of, ended up schooling him, and was so much more than he could have anticipated. Looks like the time spent growing as a creator, and fostering growth within his own development paid off in the end.

“I got this film and this beautiful message out into the public eye,” he said. “Having my family and closest friends there to support me as well made it all that more special, it filled my heart having those that mean the most to me, all in the one room sitting in-front of me with smiles on their faces cheering me on for something I believe in and having worked my ass off for months on end.”

Not only did the poignant documentary ignite an outpouring of love and support from family, and friends once it was released, people across the globe continued to raise money for the not for profit school in Taylor’s honor. They also sent school necessities to Koh Tao, and spread the word on social media like wildfire.

Cotter concluded our interview by describing the documentary as ‘captivating’ and encourages all those touched by this story to keep the momentum going.

If you’d like to continue to support this worthwhile cause, readers can visit the schools website kohtaoforkids.com and donate to the school. You can also help with supplies through their Amazon Wishlist. But even if you have no money to spend, word of mouth is a powerful thing and you can help by spreading the word via Twitter, Instagram and Facebook using their hashtag #kohtaokids.