Jude Law is certainly getting his feet wet in the popular world of franchises as of late. The actor will be playing a younger version of the belovedHarry Potter character Albus Dumbledore in the latest Fantastic Beasts and Where to Find Them fim and is very close to signing a deal to star in Marvel’s Captain Marvel opposite Brie Larson, according to Variety.

Captain Marvel, which will be produced by Kevin Feige, follows “Carol Danvers (Larson), an Air Force pilot whose DNA is fused with that of an alien during an accident. The resulting alteration imbues her with the superpowers of strength, energy projection, and flight.”

Law is rumored to be playing Doctor Walter Lawson, a.k.a. Mar-Vell, a man who helps Danvers figure out her new powers. It was announced at San Diego Comic-Con that Captain Marvel would be taking place during the 90’s, long before the Avengers assembled. Samuel L. Jackson will be reprising his role as Nick Fury for the film. 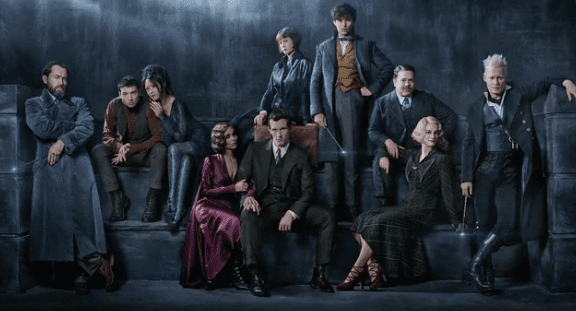 Fans recently just got a glimpse of Law in a new photo from Fantastic Beasts: The Crimes of Grindelwald as the young Albus Dumbledore, long before he became the headmaster of Hogwarts. The film also stars Eddie Redmayne, Johnny Depp, Ezra Miller, and Zoë Kravitz and hits theaters next November.

Captain Marvel will be flying into theaters in March 2019.