Here we go again! After years of lying about his involvement in Spider-Man: No Way Home and enjoying every minute of it, John Krasinski has taken a leaf out of Andrew Garfield’s book by continuing to dance around his responses when asked if he will appear as Mr. Fantastic in the new Fantastic Four reboot.

During a guest spot on Jimmy Fallon’s late-night program, the host inquired if Krasinski had any inside knowledge about his possible return as the stretchy superhero. Fallon also mentioned that there were rumors that Krasinski’s wife, Emily Blunt, would be cast as Sue Storm in the MCU, making them the first husband and wife in Hollywood to play each other’s love interest in the MCU. But The Office alum didn’t give much of a straight answer, claiming he’s also in the dark. 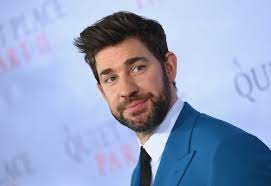 “Seriously, what did you hear? I need to know. They don’t tell you anything…”

Just before Krasinski said anything concrete, he pretended to be shot by a Marvel silencing dart and passed out for a brief period of time. It appears that Krasinski is doing a better job keeping interviewers in the dark about his potential return to the MCU than Garfield does at least for now. However, a clear answer was not forthcoming.

John Krasinski made his debut in the Marvel Cinematic Universe as Mr. Fantastic in Dr. Strange in the Multiverse of Madness, before immediately diving back into the comic book industry by voicing Superman in DC League of Super-Pets, an animated feature. While it remains to be seen whether he’ll return, the actor didn’t give a straight answer when asked by Fallon, so take from that what you will. Fantastic Four, which will be released on November 28, 2024, and is part of Phase 6 of the Marvel Cinematic Universe, has been confirmed.