It has been a bit of a tough week for Game of Thrones. It seems that we live in a world where hackers feel compelled to turn their focus on our joy as they’ve leaked scripts and now full episodes of the show. I’ve been really happy seeing how strongly the Game of Thrones fanbase has been ignoring all of these leaks. I’m on the interwebs constantly and I haven’t seen one link to this episode. Nor have I seen any real spoilers. Keep the integrity of the show! Damn the man!

Damn the man, now that might also be the current mantra of one Daenerys Stormborn who is currently in the process of getting her butt kicked in this great war. Not the Great War but a great war. It’s funny when you think about the start of the season and just how favored Dany was to take the Iron Throne. It seemed like a foregone conclusion and here we are on episode four and things couldn’t be further from the truth. She’s lost the Greyjoys and the Dornish because of Euron Greyjoy, the creepy hipster pirate that everyone seems to love and hate at the same time, and now with the sacking of High Garden she’s lost the Tyrells too. Not to mention the strongest voice in her rebellion, Olenna Tyrell, who has implored Dany to be a dragon. Which makes sense considering that Olenna went out like a G. “Tell Cersei it was me, I want her to know.” Ouch.

But will Jamie tell Cersei? I’m not sure what good it would do other than to enrage a Queen who teeters on madness. Right now she’s sitting pretty with most of Dany’s allies wiped out and the inevitable raiding of High Gardens cash monies to pay off Mycrofft and the Iron Bank. Cersei is currently poised to win this war but one has to suspect if she learns that Olenna Tyrell killed Joffery what it would do to her mentality. The transformation of Jamie Lannister has been one of the shows best redemption arcs and I’m curious to where he goes from here. I could see Jamie wanting to tell her to clear Tyrion’s name but I don’t see how that works now that Tyrion is with Daenerys… and also totally killed their father. Although I’m still holding out for Jamie to leave Cersei and maybe join his little brother. Maybe he can bring Bron with him too. 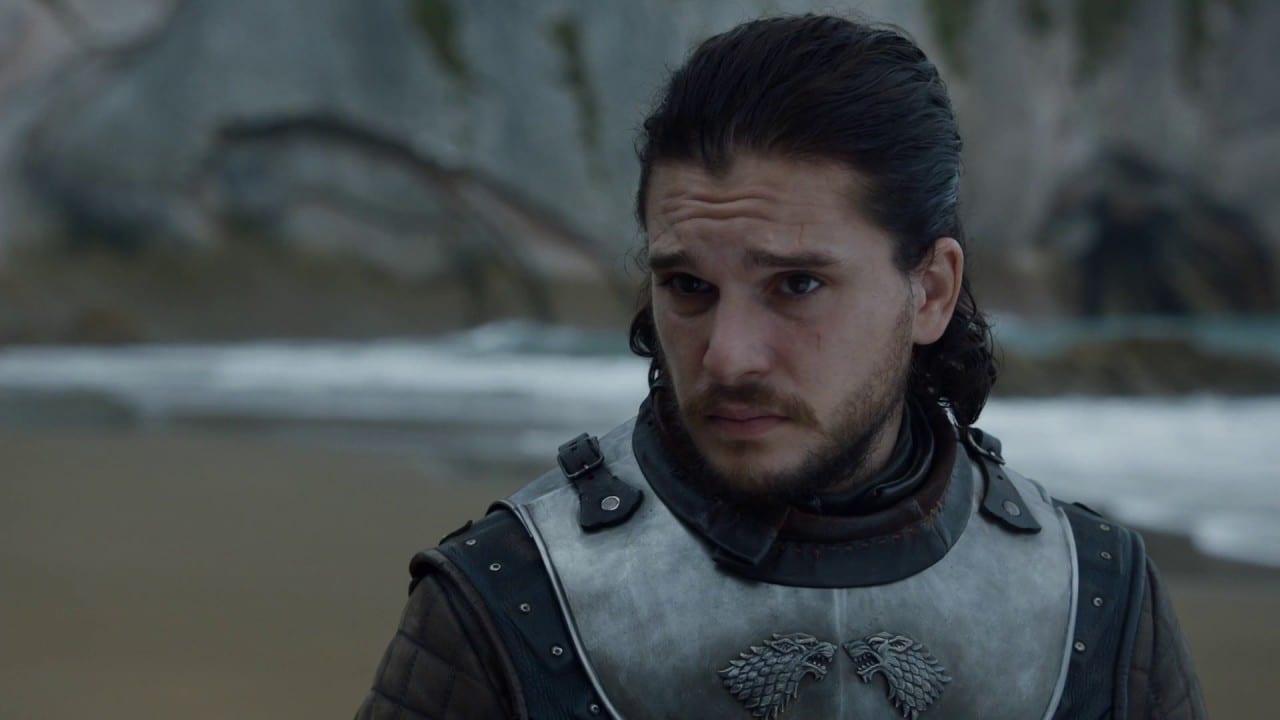 Speaking of Tyrion, his very clever war plans have not been working out so well, have they? Let’s not fool ourselves, without Tyrion the Lannisters would have lost the Battle of Black Water but it seems that all that strategy has been for nothing thus far. Yes, Castlery Rock is theirs but so what? Euron came in and wiped out the fleet of ships and now Dany’s best general, Grey Worm, is stranded in a location that means nothing for tactical purposes. It was a move to wound the Lannister’s pride and to make Tyrion feel somewhat avenged. The castle that could never be his. I don’t think this move was spurred on by personal reasons, especially when we take the full plan of attack into account, but now we have to wonder where Tyrion goes from here or if he’s lost the ear of his Queen. It might be time for Dany to be the dragon and the first step of doing so would be to ignore the council of her Hand.

Personally, I believe her first step to becoming the dragon should be locking up an alliance with Jon Snow and the North cause home girl needs some friends. Jon already has what he’s come for, dragonglass for days, and Dany needs him a lot more than he needs her at this point but there has to be an accord they can reach. Maybe splitting forces a bit so there’s a larger number in the North while also providing Daenerys some men to take on the Lannisters? I’m not sure what the solution is but it’ll be interesting to see how Dany changes her tone this week.

Will the North go for that though? Probably not but it’ll be worth a pitch. Remember the last time Jon Snow pitched an idea in the North it got him stabbed to death so I would imagine he’ll tread lightly here. In order to discuss this, he needs to get back home first and relieve Sansa of her duties, and that could be easier said than done. Although Littlefinger has yet to get in her head, fully, creepy little brother Bran has picked up the slack there. Of all the reunions we’ve seen thus far the reunion of Sansa and Bran was the most frigid, and not because they were in the North. Bran seems to have wiped himself of emotions and creepily reminds Sansa of how pretty she looked the first night Ramsey raped her. Gee, thanks Bran. Look for Bran to cause some shiz when he proclaims Jon to be part Targaryen. That’ll go over with the North like a fart in church.

There you have it Geeklings, this may be the shortest episode of the season (only fifty minutes) but there will be a lot to pack in. What do you suspect is going to happen? Can Dany still win this war? Will Jamie tell Cersei about Joffery’s death? Will Dany have to beg for Jon Snow’s help? Could Bran be any more emo? Sound off in the comments below. As always, if you’d like to have a more one on one Game of Thrones talk you can find me on Twitter @iamgeek32. In the mean time happy viewing and see you tomorrow with my episode review.

Home » Featured » Game of Thrones Preview- “The Spoils of War”