It’s funny, as of last week we had gone over 400 days without a new episode of Game of Thrones, not like I was counting or anything, and we did nothing but crave its arrival. There was this prolonged sense of agony waiting for season seven to begin. Now, as we head into episode two of this season, I can’t help but feel like I want them to slow things down. There are only seven episodes this season and they’re going to go by in a flash it seems. I want to try and savor each one before we have another long wait ahead of us. But I also want them all right now. I’m filled with conflict. Anyone else feeling the same?

Last week’s super tremendous premier covered quite a lot of ground. All of the major characters got touched upon, and some more than others, as we seemingly have an idea of where this season is heading (*cough* war *cough*). Here’s a quick recap before we go on.

Where do we go from here? I’m glad you asked. Let’s start with the North where the conflict between Sansa and Jon is just beginning. Littlefinger is playing a slick game of inception here as he’s planted the idea of power inside Sansa’s head and she’s all like “no I’m cool” but is secretly not cool at all. Spending seasons being used as a pawn, Sansa now thinks she’s due for some respect and is fully missing the concept that Littlefinger is playing her like a pawn still. I wonder how long before Jon notices what’s happening here? He’s a pretty smart guy and has made one of the shows best leaders if you subtract that whole Nights Watch stabbing him to death for aligning them with a group they’ve been fighting for decades. Other than that, best leader on the show. I fear that the longer Littlefinger stays in the North the more trouble it brings and I’m hoping we see Jon confront him soon. I would like to believe that Jon has the ability to not be played by Littlefinger but it seems that Varys is the only character thus far who has been able to avoid that.

With Daenerys arrival in Westeros so comes the news that a Targaryen has arrived back on Westeros. The last Targaryen that everyone remembers went a little mad so it’s understandable that her reception could be met with a little apprehension. You have to figure that Cersei is going to use that to her full advantage as she hopes to get more of the Seven Kingdoms to join her. Nothing like uniting a country out of the fear for a family name that has been absent for decades. 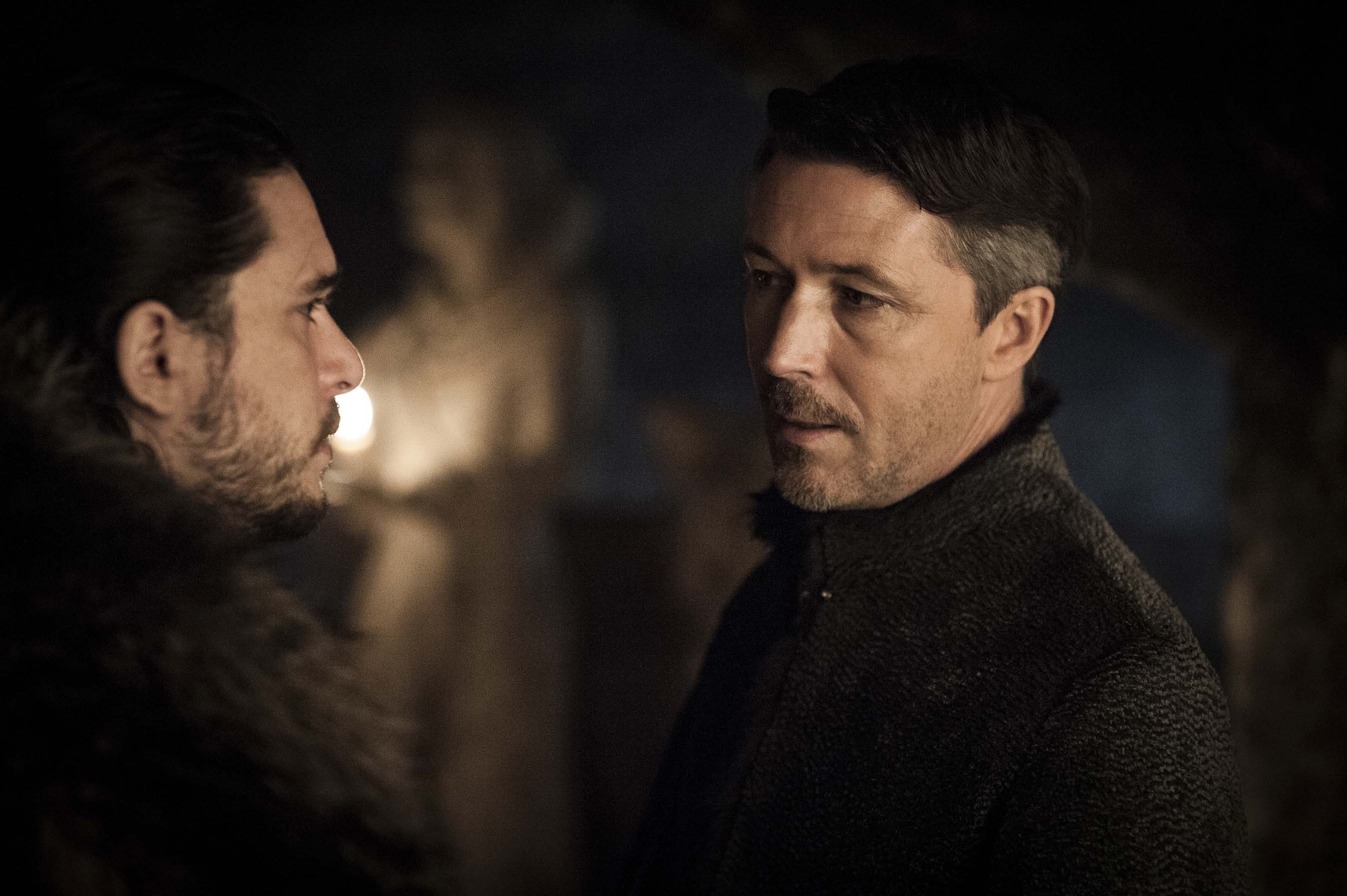 On the flip side of this though, I’m sure that there are a number of houses who would like to see what this Mother of Dragons is all about. Cersei does not have the best reputation within the Seven Kingdoms, hence the reason only three of them support her (at best), and may think that it’s time for a change in family rule. The Lannisters have had quite the run and what good have they done really? I mean, outside of Joffery’s whole existence, Tywin’s underhanded methods, hiring the Mountain, and almost everything Cersei does I’d say they weren’t that bad. I expect Daenerys to be tactical with her pursuit of Kings Landing, thanks Tyrion, and pick her battles intelligently. I really don’t think Cersei can stand what is about to get thrown at her and the collapse of Kings Landing could happen a lot sooner than we think.

Oh, the White Walkers are coming too and we all know that the best weapon against them is dragon glass, and there be a whole bunch of dragon glass on Dragonstone. Who would’ve thought that?!  Expect Sam to contact Jon about this new development and then, in turn, expect Jon to send someone, most likely Davos, to meet with the Dragon Queen and explain why it’s so important. Jon is in full on, your past is your past all I care about is your present, mode and might be willing to ignore the family history of the Targaryens. This could lead to some discord with some of his followers. Good thing Lyanna Mormont is backing his plays. What happens though when these same followers find out that Jon is part Targaryen? That could be where Littlefinger tries to seize power.

As for Arya? She’s in pursuit of the Queen and that should yield some excellent results.

Be sure to keep an eye out for Melisandre too, with the arrival of Dany you just know that she’s itching to join a winning side. Things to consider though, Varys has a great dislike/distrust/fear of these flame seers and could help prevent an alliance or if Dany does keep her council what happens if Jon does send Davos to speak with her? He has promised to kill her the next time he sees her. Things to consider.

There you have it Geeklings. This week is primed to be filled with a ton of awesome, but it’s time to turn it over to you. What are you expecting out of this second episode? Will Dany systematically pick a part Cersei? Will Jon reach out to the Mother of Dragons? Where are the White Walkers? Who will Arya wipe off her Kill List next? Sound off in the comments below. As always if you’d like to talk more Game of Thrones you can find me on Twitter @iamgeek32 where I’m always up for a good discussion. Happy viewing everyone and see you Monday with my review!