Final Fantasy VII Remake Intergrade will be out this June and fans are excited! Not only is the game getting some serious graphical upgrades with the PS5 port, but new content too! The PS5 version of Final Fantasy VII Remake will feature an entirely new segment featuring Yuffie! This is content that wasn’t in the original FFVII at all! It’s completely brand new for the Remake, and only the remake! The Yuffie DLC will be a PS5 exclusive, which is the only disappointment. Even more, than the game’s content people have been talking about Yuffie’s adorable new attire! In the new Yuffie episode, it seems like the ninja will be sporting an adorable Moogle coat! The hood looks like a Moogle head! According to Toriyama, the director of the game, this is actually a callback to a different Final Fantasy VII Spin-off! Yuffie’s Moogle hat is a callback 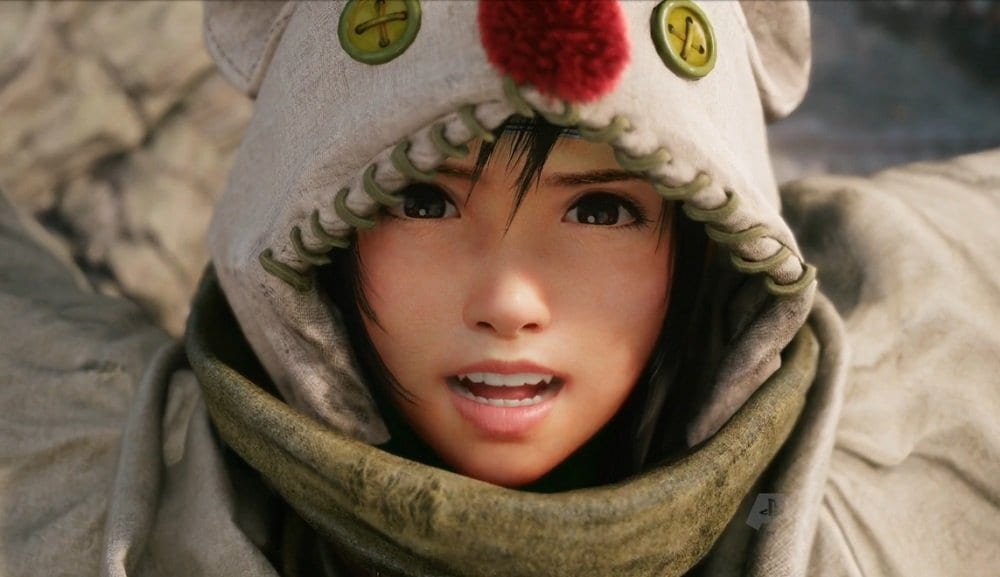 “Actually, the moogle hood draws its reference from the time it was used in [Dirge of Cerberus] — and Yuffie wears it whenever she is on a covert mission.” Toriyama-san said. “She might think she’s perfectly disguised, but it actually makes her stand out even more in a metropolis like Midgar. I feel that’s just very ‘her’, and probably why I like it so much!”

Yuffie isn’t just a ninja though, she’s also a thief! Motomu Toriyama and Naoki Hamaguchi, co-directors of the game, reassured fans that this is the same Yuffie we know and love… but she won’t be stealing from us anytime soon! She won’t be stealing our Materia this time, apparently!

“Yes, in the original [Final Fantasy 7], she caused quite the hassle because she stole her allies’ materia! Don’t worry — in the new episode Yuffie’s the protagonist, so rest assured you don’t have to worry about your valuable materia getting taken away.”

Not only will our Materia be safe, but the Yuffie episode will have Materia that wasn’t in the base game!
The Yuffie Episode will be included on retail copies of Final Fantasy VII Remake Intergrade! It will NOT be available on the PS4 version.