So, it looks like DC wants to celebrate pride month! Funny, considering the lengths they’ve gone to in order to prevent Batwoman from getting married. And not to mention the way they seemingly tried to wipe Harley and Ivy’s romance out of the comics only a few months ago. Don’t get me wrong, I’m not saying they’re the devil or anything. It just sucks for people who enjoyed that aspect of people’s relationships. It sucks even more since Harley and Ivy specifically are a fan favorite and incredibly well-developed relationship. DC made up for it last month, showing the end of that relationship in the far future but still… Now, there’s a DC Pride Anthology comic coming for Pride Month! I gotta admit that’s pretty freaking cool! Some of these covers look spectacular too! 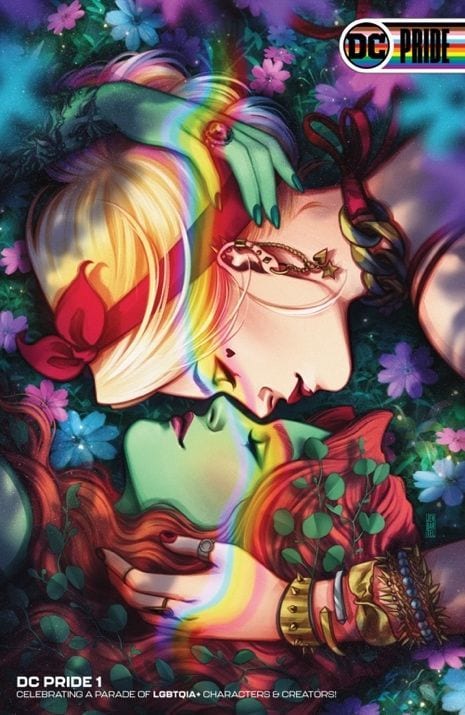 DC Pride #1 is going to be a special one-shot that is meant to focus on LGBTQIA+ characters from DC Comics! We’re gonna see Batwoman, Renee Montoya, Alan Scott,  Harley Quinn and of course Poison Ivy. There’s a whole bunch of others too and it’s a great spot to highlight these characters. It’s also a wonderful time for LGBTQIA+ fans who are maybe looking for a character like them to find one. There’s actually a list of all the characters and creative teams that are going to be in this 80-page anthology special!

Still, want more? We got you covered! DC Pride #1 will have profiles for the actors portraying LGBTQIA+ characters in the DC tv shows. The comic will also feature the first appearance of Dreamer, a Trans Female superhero, who also appears on Supergirl. The comic is actually being written by the actress who portrays her, trans actress Nicole Maines.

All-in-all this is freaking cool, and I am STOKED. I’m glad that DC is doing something to honor their LGBTQIA+ fans and characters. So thanks, DC!