“They’re creepy and their kooky. Mysterious and spooky. They’re all together ooky…”

The Addams Family upcoming animated film dropped its first teaser on Tuesday, and it’s everything we hoped it would be and more. The teaser offers a first look at the humble beginnings of Morticia and Gomez Addams finding their now iconic and creepy home and more.

The logline for the film reads as follows:

[row]”Get ready to snap your fingers! The Addams Family is back on the big screen in the first animated comedy about the kookiest family on the block. Funny, outlandish, and completely iconic, the Addams Family redefines what it means to be a good neighbor.”[/row]

The Addams Family originated as a single-panel cartoon by Charles Addams. Due to the popularity of the cartoon, The Addams Family was brought to life as a television series in the 1960s. The family was also depicted as an animated series in the early 1970s and later a feature film in the 1990s starring Anjelica Huston, Raul Julia, Christina Ricci, and Christopher Lloyd.

The new animated version of The Addams Family creeps its way into theaters on October 11, 2019.

What do you think of the first teaser for The Addams Family? Let us know your thoughts in the comment section, and also check out the new poster for the film below. 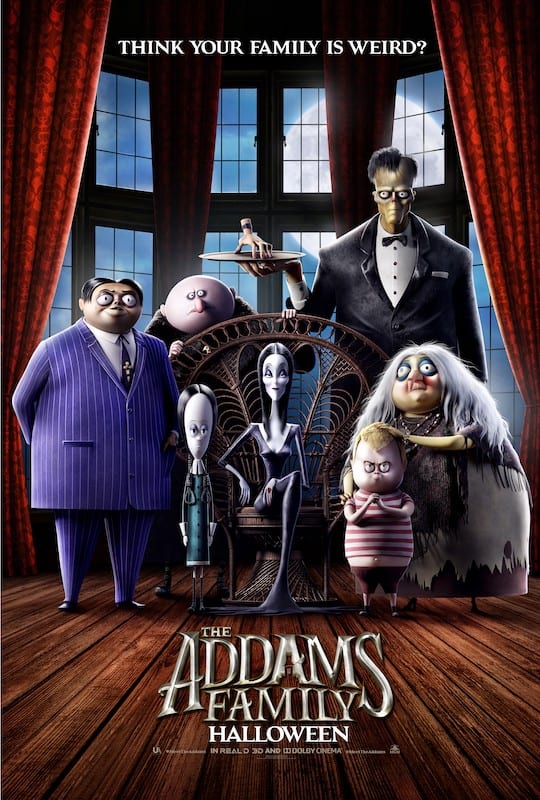