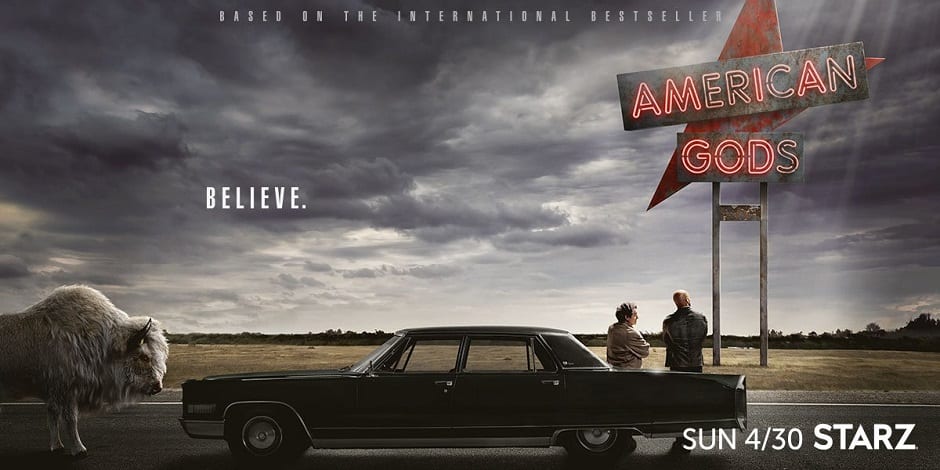 Opening this week’s episode, we see the “Coming to America” story of Mr. Nancy, the storytelling spider god from Africa. He arrives on a Dutch slave ship after spinning the tale of all Africans in America for the next four hundred years.

He convinces the men to sacrifice themselves in defiance of their treatment. They riot, burning and sinking the ship. “Angry is good. Angry gets s*** done.” 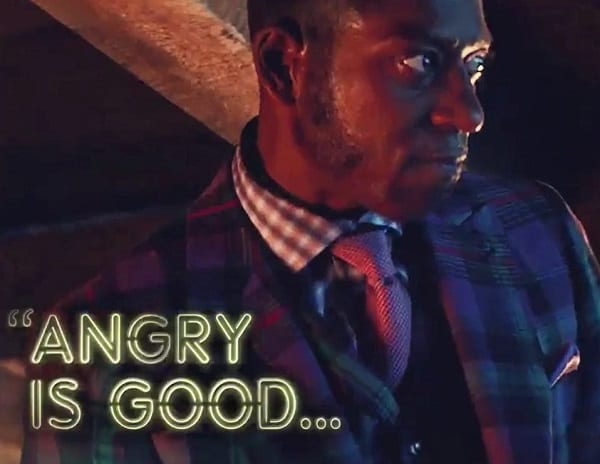 We pick up in the blood-soaked field where Shadow was lynched. He makes his way to the ER and back to the hotel. He’s justifiably angry with Wednesday over the lynch mob. Wednesday is more concerned with the barely legal girl he has in his room. Shadow is put off by Wednesday’s habits. As Shadow turns to leave for good, Wednesday reminds him that he’ll be paid double for hazard pay. 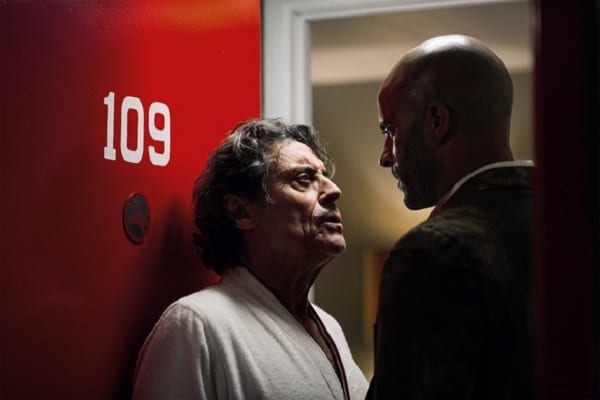 Even though he seems flippant, Wednesday is incensed by Technical Boy’s actions against Shadow. Wednesday takes is as a personal affront. This is where visuals are an improvement over the book. Nothing Gaiman wrote made me feel the full impact of Shadow being lynched, because I never saw him as Black.

That night, Laura comes to Shadow while he’s dreaming, or so he thinks. They told me you died? “Who told you that, Puppy? You’re just having a bad dream.” Neither Shadow nor the audience is sure if Laura is a ghost or a dream. The next day he goes through all her personal belongings at their house, packs up and leaves. He confirms with her cell phone that Laura and Robbie had been having an affair. There are no more good memories in this house.

Wednesday points out that Shadow will never be good at coin tricks until he has some personality. (So he isn’t supposed to be great at this. Yet. I had thought it odd they made him bad at it.) They head to Chicago via backroads, after shopping to pick up offerings to their hosts – vodka and road maps. At the store, Shadow bumps into Media, played by Gillian Anderson in the form of Lucile Ball. She wants Shadow to work for her instead of Wednesday. Her worship is getting stronger with all the new electronic devices people own, “They sit side by side, ignoring each other, and give it up to me. Time and attention, better than lambs blood.”

Shadow tells Wednesday about Media, thinking he is going crazy after prison. When Shadow says he’d rather be ignored by all these crazy gods, Wednesday says, “Always better dead, than forgotten.” That’s so Odin. Shadow basically says Shadow is learning a new language, and meeting Media was simply more vocabulary building. So things will probably get stranger for poor Shadow, we’re still easing him in. 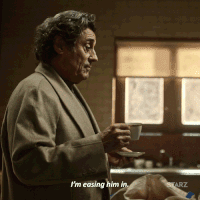 Shadow tries to give Wednesday a cell phone and he refuses with, “The first telegram sent by Morse was, ‘What has God wrought?’ God damn information age is what!” He won’t feed that god.

Then we see Bilquis taking “in” more sacrifices and looking at her gold jewelry displayed in a museum. Apparently her sacrifices stay in a suspended state of excitement floating around the milky way. To me it still feels like she is feeding only off the desperate, not wiling sacrifices.

In Chicago we meet the Slavic god, Czernobog and his female relatives. No one in Chicago is happy to see Wednesday. They know he always brings trouble in exchange for his gifts of vodka and herbed cheese. But they like Shadow. 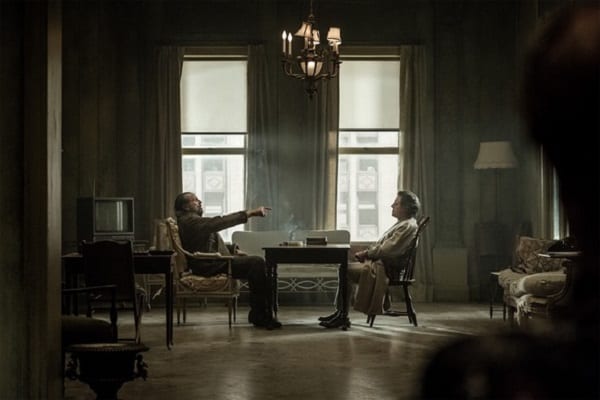 Czernobog tells the story of how his brother is blonde, so everyone thinks he’s good. But since everyone had the same skin color in his country, he was basically the black man in his culture with his dark hair. So he was made bad. But now he and his brother are both gray. With age, the lines delineating good and bad have blurred. Czernobog challenges Shadow to checkers in exchange for going with Wednesday on this trip. 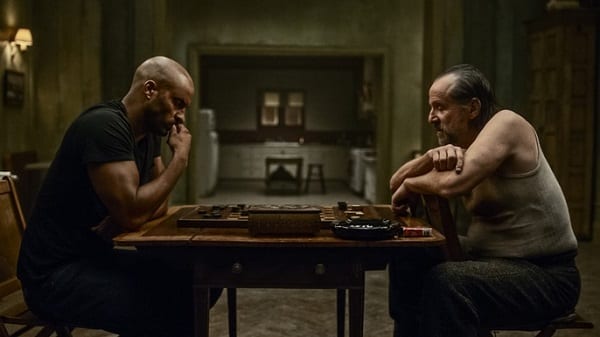 Shadow loses and will have to let Czernobog smash his head with his bloody hammer in the morning. Czernobog is a little upset about it. Shadow is his only black friend.

Let’s see if Shadow gets out of this one. I bet he does. Stay tune for next week’s American Gods, Sunday night, on Starz.