For Adonis Creed, the fight is more than just a fight – it’s personal in the latest trailer for the upcoming MGM and Warner Bros. film Creed II.

Directed by Steven Caple Jr., Michael B. Jordan reprises his role as Adonis Creed, who is about to face his next fight which is against Viktor Drago (Florian “Big Nasty” Munteanu), the son of Ivan Drago (Dolph Lundgren) who was responsible for killing Creed’s father in the ring in Rocky IV.

Creed is looking to avenge his father’s death and settle the four-decade-old rivalry. Check out the latest trailer for Creed II below.

The official synopsis for Creed II reads as follows:

[row]“Life has become a balancing act for Adonis Creed. Between personal obligations and training for his next big fight, he is up against the challenge of his life. Facing an opponent with ties to his family’s past only intensifies his impending battle in the ring. Rocky Balboa is there by his side through it all and, together, Rocky and Adonis will confront their shared legacy, question what’s worth fighting for, and discover that nothing’s more important than family. Creed II is about going back to basics to rediscover what made you a champion in the first place, and remembering that, no matter where you go, you can’t escape your history.”[/row]

The gloves come off when Creed II steps into the ring on November 21, 2018.

What do you think of the newest trailer for Creed II? Let us know your thoughts in the comment section, and also check out the stunning new photos for the film below. 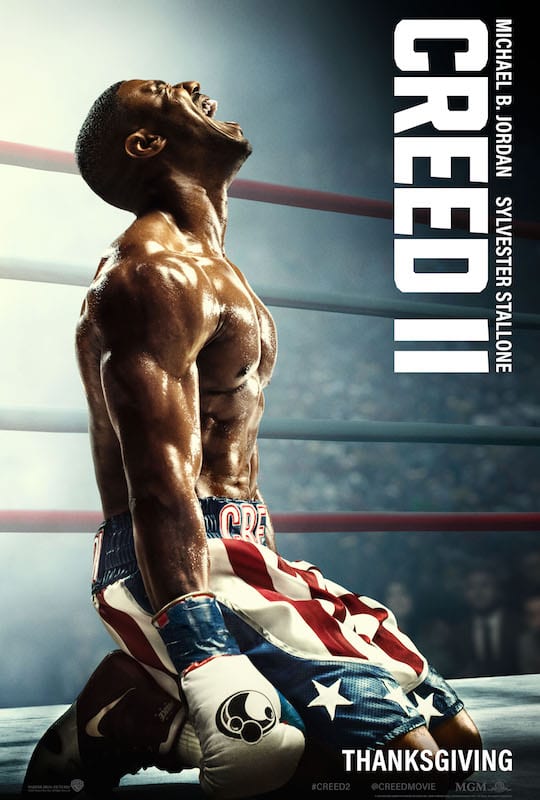