We are just a week away from reuniting with the Pearson family after a brief winter hiatus and This Is Us Showrunner Dan Fogelman could not be getting us more excited about their return. He took to Twitter this afternoon to wish his fans a Happy New Year and drop a couple of hints about what we can expect in next Tuesday’s episode titled “The Fifth Wheel”.

Happy New Year! Back to work today, back on TV next Tuesday (1/9). There is a twelve minute take between four of our Pearsons and (and a great guest star) that will knock you over. Also get to meet the new Big Three! #ThisIsUs

First things first – a new Big Three?! We’ve already met quite a few versions of the Big Three including their popular 90’s and teenage characters, and we also briefly met them in their 20’s earlier in season 2. Could the show possibly be flashing forward past the present day Big Three we’ve grown to know and love? That’s sure what a lot of fans seem to be thinking and they’re very intrigued by the hint.

Fogelman also hinted at a 12-minute scene featuring four Pearsons and a special guest star who has yet to be named, but IMDB does have Lyric Ross who played the Randall and Beth’s foster child on the episode list so perhaps she makes an emotional return. 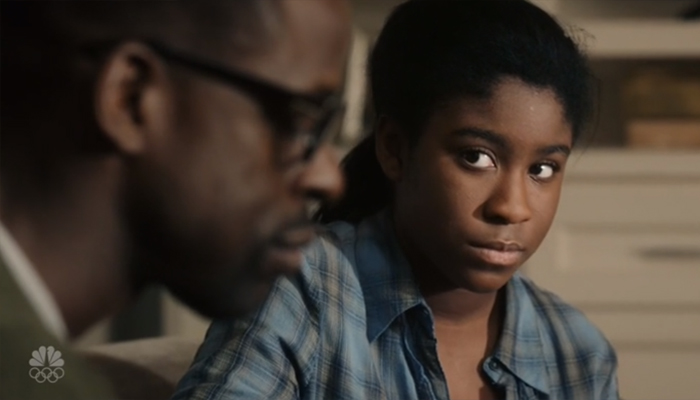 The first half of season 2 concluded with a trilogy of episodes following The Big Three in the present day and during their teenager storyline. Kevin had finally hit rock bottom with the painkiller and alcohol addiction that he had been struggling with, resulting in a DUI, and finally began opening up all of the feelings that he had bottled up about Jack’s death. Kate’s episode showed her reeling from the miscarriage of her baby as she and Toby try to pick up the pieces, but it’s Rebecca that ends up being the solace and comfort that she needed. Lastly, Randall and Beth said a gut-wrenching goodbye to Deja. It was an emotional three episodes, to say the least.

“The Fifth Wheel” episode synopsis says that “The Pearsons come together under unexpected circumstances; Jack surprises the family with a summer vacation”. It will air on Tuesday, January 9th at 9:0o on NBC.

Who do you think will be the next Big Three?

NBC Delays ‘This Is Us’ Midseason Premiere Date