The gang over at EW has given us the first look at Smallville stars Erica Durance and Tom Welling in the upcoming CW mega-crossover, ‘Crisis on Infinite Earths’.  The crossover event, which airs in December, brings together all of your favorite DC shows into one major story.

According to the article, which accompanies the photo, the goal of ‘Crisis’ was to extend beyond the Arrowverse and into other realms of DC properties.

“One of the things that we said very, very early on in the pitches to the studio and the network is that this can’t be ‘Crisis on CW Earths,’” crossover executive producer Marc Guggenheim tells EW of the forthcoming adaptation of Marv Wolfman and George Pérez’s comic book event series. “This has to be ‘Crisis on Infinite Earths,’ and we have to touch as many strands of the DC tapestry as possible.”

The Smallville actors, Tom Welling and Erica Durance, will reprise their roles as Clark Kent and Lois Lane in the Batwoman installment of the five-hour crossover. Their return to the Kent farm will reveal what the iconic duo have been up to since Smallville ended in 2011.

Check out the image below and let us know what you think about the return to Smallville in the comments below! We’re pumped! 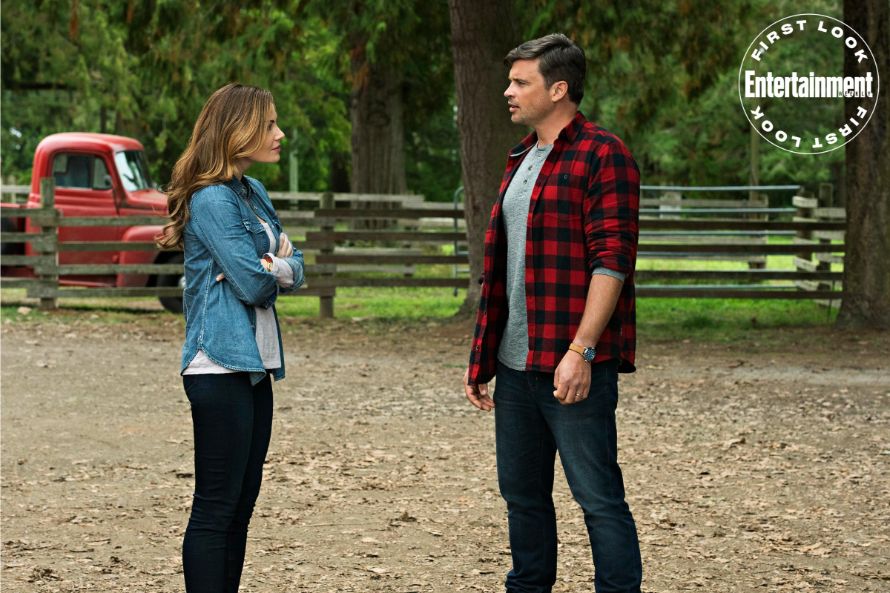