Geeklings, get your milk and bread because there’s a storm coming. If you live on the east coast that is, if not I’m not really sure what’s happening you’re way. All I know is that my neck of the woods is expected to get 10-12 inches of snow late tonight into tomorrow morning. Oh happiest of happy days. I hate snow. It’s the worst. Mostly because my job doesn’t close for small things like blizzards, so unlike any of you teachers out there, I’ll be on the grind tomorrow. And while we’re talking about snow storms, aren’t there better things to buy than milk and bread? How about beer with chips and dip. Or perhaps iced tea and Doritos. I think we should be moving on from the whole milk and bread thing especially when you consider milk is gross. Yes, I said it. Milk is gross and ruins cereal. No, I don’t put milk in my cereal because I don’t want  to be on the clock while eating. Just let me enjoy my meal on my own time milk. Don’t rush me.

Sorry, my hatred for milk runs deep, but that’s not why we’re here today. We are here today because it’s New Comic Book Day! If you happen to be someone about to be shacked up because of an incoming blizzard make sure you get out and buy your books now. Either hit your local comic book shop up or download them because you don’t want to be buried under feet of snow tomorrow with no comics to read. That’s a hell I don’t want to imagine.

Before you head out to the shop or start downloading I’m going to take a few minutes of your life to suggest what books should be keeping you company during Snows Storm Twenty Seventeen. 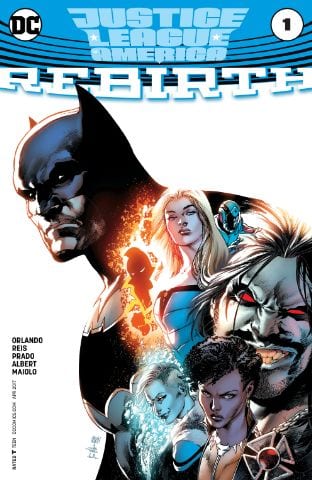 1. Justice League America Rebirth #1– One of the biggest things to come out of the Justice League vs. Suicide Squad event was the shaking up of both those teams, and team shake ups means new books. The first issue of Justice League America looks to focus on a new team comprised of Batman, Black Canary, Atom, Vixen, Lobo, and Killer Frost to name a few. Just looking at this line up it screams not your typical Justice League and is sure to lead to some compelling story telling especially with Batman and his trust issues. I don’t expect to see him participating in any trust fall exercises just yet. I would imagine this book will slowly build the team dynamic while building off the mistrust the characters have for each other. Oh, and Lobo too. That dude’s craaaaaazy. 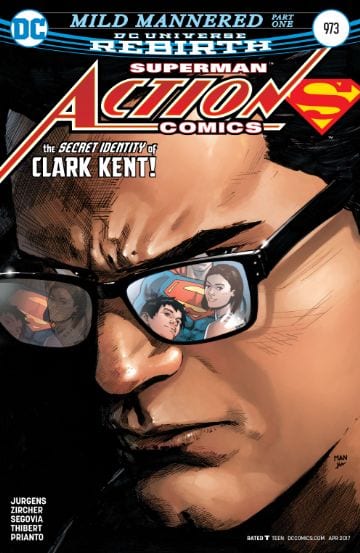 2. Superman Action Comics Rebirth #973– It’s really easy to lose track of how many Superman books are out there because there are so many. Plus my lack of love affair with Supes has been well documented here which means I’m not paying attention to all of them. Look to Action Comics this week to introduce a new story line, “Mild Mannered”, as it gears up for the upcoming “Superman:Reborn”. Lots going on in the world of Superman. Apparently Clark Kent is a human now, separate from Superman (?), and both Superman and Lex Luthor are curious about this development. So am I actually because I honestly have no clue what’s happening in this book. I’ll turn to you Geeklings to break this down for me. All I know is Superman is doing some investigating of the now human Clark Kent because supposedly that dude is a little “off”. Even if I don’t know what’s going on it still sounds pretty interesting. Hence why it’s on the list. 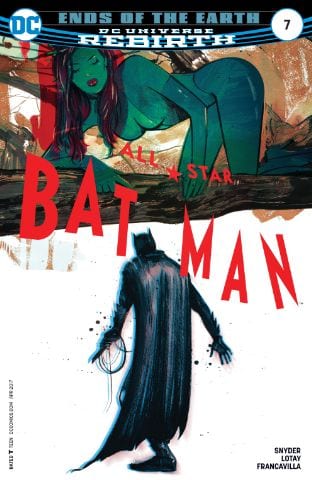 3. All-Star Batman #7– Ummmm, sexy cover alert overt your eyes citizens. All-Star Batman has been an excellent exploration into some of Batman’s rogue gallery. Also, rogue gallery is my favorite way to describe super villains. You can tell that Scott Snyder has been really enjoying his time in the toy box of Batman villain’s and this issue has the re-emergence of Poison Ivy. I know many of you will argue that Catwoman is the most seductive of all the Batman villains (I might argue for Killer Croc…) but do not discount Ivy. Look for Batman to get a bit itchy in this months issue. See what I did there? Because poison ivy makes you itchy… you get it. 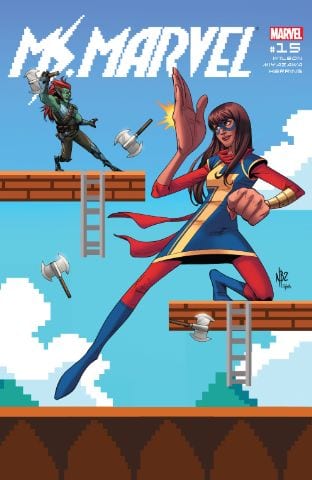 4. Ms. Marvel #15– From a column that tends to be a little Marvel heavy at times (*insert shy smile and wave here*) this is the only Marvel title to make this week’s Pull List. Whaaaaaaaaaaat?! I really dug the themes that this new Ms. Marvel story line brought up last month. Online gaming seems like a safe place, usually, but what happens when one of the people in your squad of gaming geeks finds out who you are? What happens when you happen to be a super hero and kind of covet that whole secret identity thing? Ms. Marvel #15 looks to continue to explore what happens now that one of Kamala’s gaming buddies knows her secret. Side note, is it me or does this guy’s avatar look like Blanka from Street Fighter II? It can’t just be me. 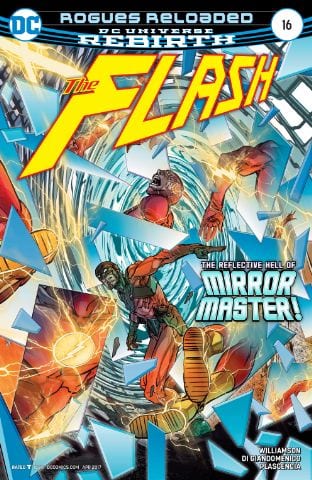 5. The Flash Rebirth #16– Ooooooooh, another chance for me to use the term rogue gallery. The Flash has been one of my favorite Rebirth books, and after twelve or so issues to establish the new status quo, we’re returning to the roots of the character. The Rogues have been missing from Central City for awhile now but have returned with a master plan to deal with the Flash. Things started off with Captain Cold then worked there way to Heat Wave leading us to today’s Mirror Master. If you watch the CW’s Flash then these names are as familiar to you as Cisco one liners. Expect things for Barry to go from bad to worse now that the Rogues are working together, and be sure to pay attention to the art too. It’s stellar.

There you have it Geeklings. These are the books to pay attention to this week. What better way to spend a snowy day then with a stack of comic books and a cup full of hot chocolate… or whatever beverage you desire. I’m not here to tell you how to live. I’m just here to tell you to read comics. As always, if you feel that I left a book off the list sound off in the comments below or if you’d like to discuss all things comics you can find me on Twitter @iamgeek32. Don’t forget I have a blog, I Am Geek, where you can read more of my head thoughts (that’s the last plug I swear). Everyone be safe tomorrow if you’re dealing with crappy weather conditions, you can be safe too if your weather conditions aren’t crappy. Happy reading and many huzzahs!

Home » Fandom » The Pull List: A New Justice League, Who Is Clark Kent, and Batman Gets Poison Ivy