Geeklings, did you miss me? Sorry about last week but I had some work issues that kept me from writing pretty much all week. Really bummed me out. My favorite aspects of the day are when I get to come here and talk geeky with you guys. Whether it’s here at the Pull List or over at my blog I Am Geek, writing is my favorite part of the day and I had a circumstance that kept me away from talking with you guys. For that, I’m sorry buuuuuuut the good news is I’m back this week and it’s a good thing because today is the best day of the week. New Comic Book Day!

Were you guys able to manage without me last week? If not I still have my picks from last week that I’d be willing to share. Is there such a thing as too many comic books? Of course, there isn’t.  If you’ve already plowed through today’s books and need some extra reading you might want to check out Batman #39, Peter Parker Spectacular Spider-Man #299, Ice Cream Man #1, and Deadpool vs Old Man Logan #1. For those of you who are still on the fence on what to read for this week, well, I got you. Welcome to the Pull List where the comic suggestions flow like the salmon of Capistrano. 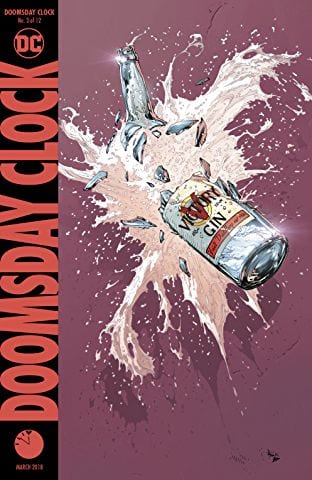 1. Doomsday Clock #3- Damn, this is a good book. Picking up from that cliffhanger ending of issue two (with a very surprise return) Doomsday Clock looks to show the reader just how that event is possible. Not going to lie, I gasped as events unfolded. Well, I swore as events unfolded. Geoff Johns and Gary Frank are so perfectly in tune with the Watchmen universe as it feels that they’ve been writing these characters for years. I’m all in on this series. It seems like issue three really added some new depth to the series as the parallels between the universe of The Watchmen and DC are more alike than you would think. With these connections comes a number of cool character moments. We get more Batman and Rorschach, we even get a little more backstory on who this new Rorschach is (gave me chills), and we get to see Mime and Marrionette in some action as well (these two are my favorite characters in the book currently).  This series is just getting its feet wet and there are still a number of things to explore, but three issues in and I can’t help but feel confident in the stories direction. The only bummer coming out of issue three is the news that the book will now be shipping bi-monthly. If you’re asking for high-quality story then I guess you can’t rush it. My greed as a comic fan wants the entire story now, but I’m willing to be patient… for now. 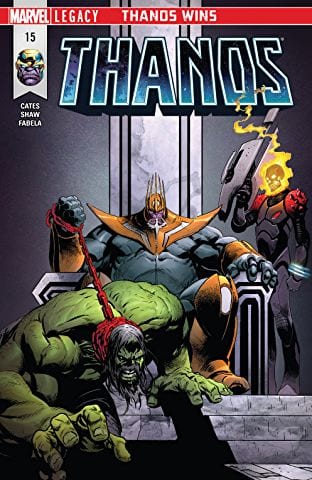 2. Thanos #15- With Avengers Infinity War only a few short months away (holy crap!) expect there to be a bit of a push on all things Thanos. I really don’t have a problem with that considering the importance Thanos has within the Marvel universe. Issue 15 takes a look at the future of a universe where Thanos is king. King of everything. He’s got pet Hulk, the identity of the Cosmic Ghost Rider is revealed (it’s not who you think it is… at all), and the identity of a new adversary, the Fallen One, is awesomely revealed. This issue holds a number of “what the hell was that” moments, and each one has me more and more excited about the next issue. Thanos is crafting a pretty bonkers story that could be just what we need to hold us over until Infinity War comes out. 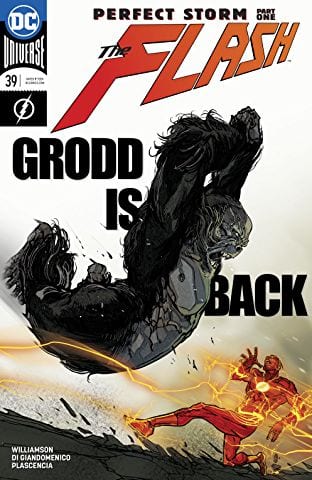 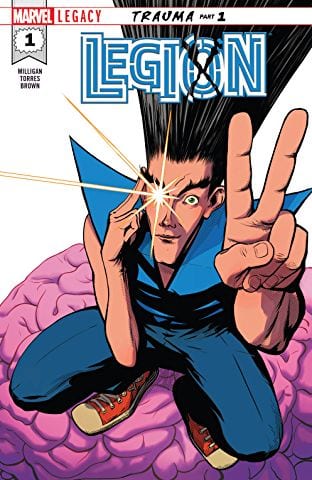 4. Legion #1– For those of you who loved FX’s Legion series as much as I did (it’s coming back sooooon) then allow this new mini- series to hold you over. I know the hair is wildly different but if you’re looking for more trippy stories involving David Haller than look no further. David feels that there is something out there looking to eat his powers and turns for help. Turns out that the help has her own issues. Insanity ensues. 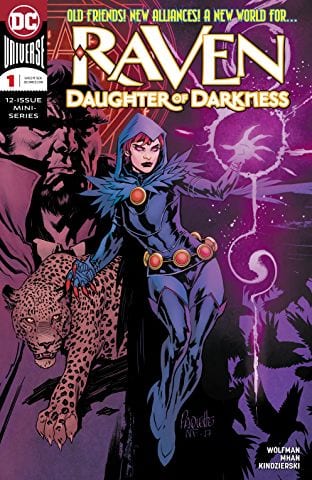 5. Raven: Daughter of Darkness #1– Not to be outdone, DC has their own mini-series launching this week staring Raven. Magic, other worlds, other dimensions, and trying to balance a personal life in between. Should make for a good read. 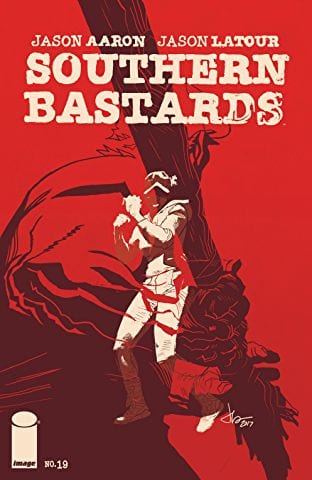 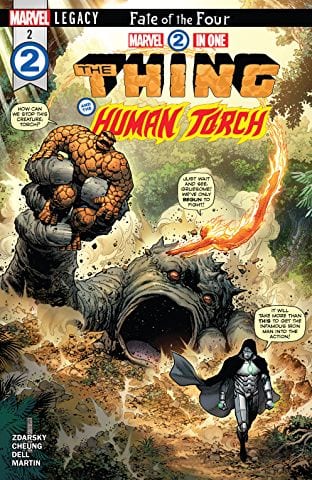 There you have it Geeklings, all the best books to get those grubby little paws on. As always, if you feel like I’ve left anything off the list then sound off in the comments below. If you’d like to talk more comics with yours truly then you can find me on the Twitters @iamgeek32. In the meantime, happy reading everyone. It’s always a pleasure talking comics with you guys. Many huzzahs!