Welcome back to season 3 of Young Sheldon. When we left season two, Dr. Sturgis was suffering from an anxiety attack.

Sheldon is trying to isolate himself to emulate Nikola Tesla. His actions are concerning to Mary considering Dr. Sturgis’ outburst. She’s starting to believe that Sheldon may suffer from a similar episode in the future. 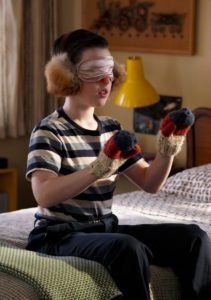 When Mary asks Sheldon about his feelings, he deduces that his mother is the one unraveling. Now they’re both reading mental health books and grow concerned for each other. Unfortunately, when they confront each other, verbal punches are thrown. Sheldon insults her religion and Mary disses subatomic particles.

Let the passive-aggressive antics begin. They seek therapy and it is revealed to Sheldon that she’s worried because of Dr. Sturgis. 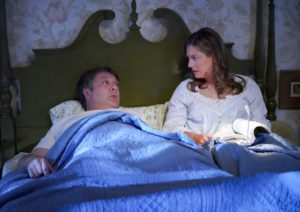 Georgie is looking to invest in Texas snowglobes. The store is going out of business and he’s hoping to flip them. It doesn’t go as well as expected. He dawns a suit and keeps trying. He appeals to the memory of when it last snowed in Texas. People loved it and he sells them all.

I didn’t expect the season to open on such a heavy topic. I knew they’d address Dr. Sturgis, but this isn’t what I expected. Either way, I’m super excited to see where the rest of the season goes!