Showtime’s premiere of the Twin Peaks revival is only a couple days away. Yesterday, the network released the series’ TV rating along with some very obscure descriptions of the first 8 parts.

Twin Peaks has been rated TVMA. This is due to its “Adult Language, Adult Content, Violence and Brief Nudity”. 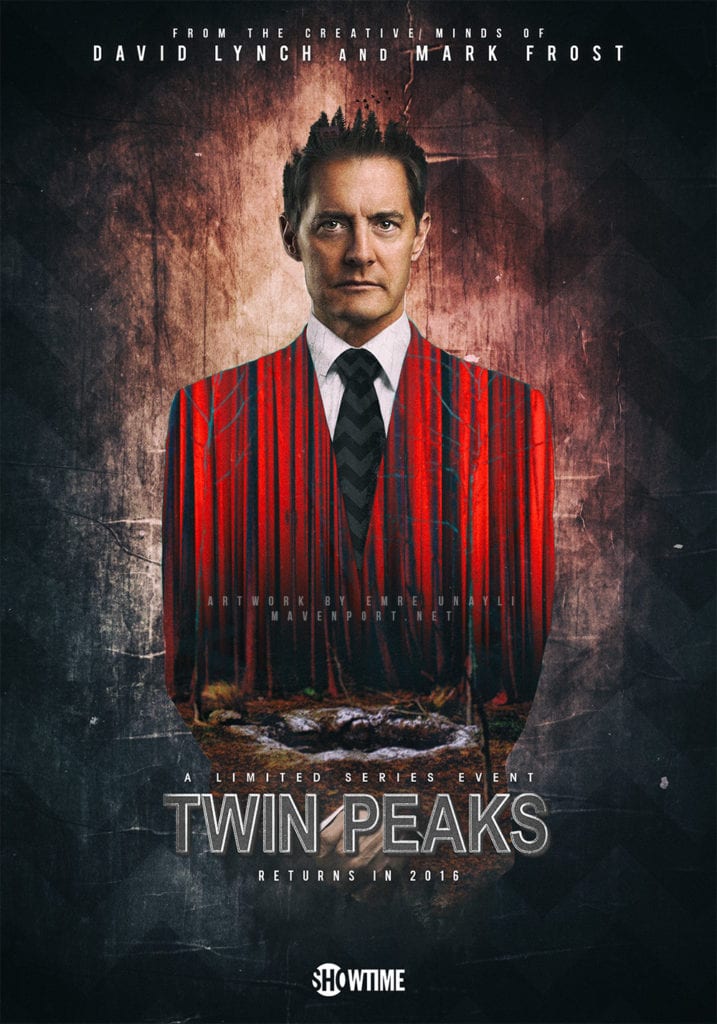 Now for the cryptic descriptions of the first 8 parts of the 18 part series. If you know anything at all about David Lynch and the show itself, then you will get it…or not.

Part 2: The stars turn and a time presents itself.

Part 4: …brings back some memories.

Yeah, I know…Just as confused as you are. We are in the same boat so we can just take turns rowing.

So, those familiar with the show may, or may not know what Lynch is trying to convey in his descriptions above. I do remember that the Log Lady get messages and communicates through her log. So, I think it is safe to say that she may play a key role in the first part. But if anyone can figure out the rest before the episodes air, please let me know in the comments below.