It has been a rollercoaster over at DC/ Warner Bros concerning Ben Affleck’s continued/ ending involvement in the DC Extended Universe. First he was Batman, then he was directing/ staring in his own Batman film, then he wasn’t directing anymore, then rumors started spreading that he was tired with all of it, then he put those rumors to rest, and then his brother started talking…

While on a radio show, Casey Affleck said that his brother was no longer doing the Batman thing and as you can imagine, people started flipping out. Was Ben truly out as Batman all together? After some of the recent changes with the DCEU, Wonder Woman’s success and the lighter direction, why jump ship now? Well, NOW it looks like Casey’s comments were just a bunch of jokes…. DARN IT CASEY! This is why we can’t have nice things!

Buzzed News has been tracking all the back and forth, and as of a few days ago it seems Casey was indeed just joking and Ben restated that he’ll be Batman for as long as the studio will have him. (Warner Bros still refuses to comment though). That being said, it could be years before fans can actually breath with this whole Bat-drama. So for this Theory Thursday, we’re looking at a worst case scenario.

IF Ben Affleck did intend to put down the cape and cowl, how could the DCEU handle it?

I’ve covered this theory a bit before, but it revolves around word that DC is planning a solo Nightwing film. Batman stories have been largely played out; and whereas it’s not impossible for them to come up with something new, DC could make use of Batman’s former apprentice turned standalone hero, Nightwing (the Robin that didn’t get killed by the Joker). Nightwing has a ton of his own villains and this could be a completely new story to tell with a character who is very much like Batman.

And if Affleck did decide to stick around, he could of course have the occasional cameos in Nightwing films to see how he’s doing, which would bring about a completely new and exciting dynamic – both confrontational and an admiration passing of the torch. Additionally, Batfleck could also come back for the bigger Justice League events. In short, I’m proposing that Ben could  be the Tony Stark of the DCEU – no more standalone films, but have integral cameos in multiple films.

Now what if Ben is truly out but DC isn’t ready to let go of the character Batman yet? Well, that’s where the recent Flash movie news becomes important. You see, at SDCC we learned that the Flash movie would now tell the story of Flashpoint. Now fans of The Flash, will be familiar with the idea of Flashpoint from this past season, but the film would actually go closer to the comics since there’s more characters to work with. In short, the Flashpoint story takes place in an alternate timeline and involves The Flash, Wonder Woman, Aquaman, Cyborg, Superman and Bruce Wayne’s parents. We’ve seen all of these characters in the DCEU already and seeing Thomas Wayne (Jeffrey Dean Morgan) become Batman and Martha Wayne (Lauren Cohan) become the Joker would of course be spectacular; but how does this all effect Bruce Wayne’s Batman if Ben Affleck leaves? 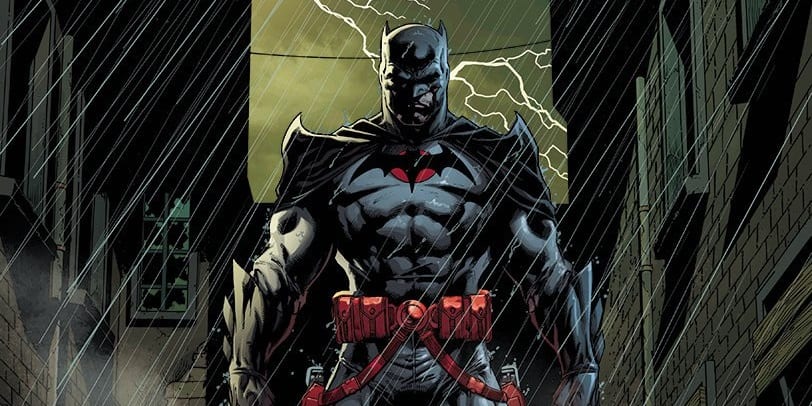 Well since Flashpoint is time travel resulting in an alternate timeline and then the Flash having to reset everything, he could in theory ‘reset’ Batman as well. In the comics and TV show, fixing Flashpoint caused a lot of problems and changes in heroes. One of those changes could be a Bruce Wayne that looks slightly different (aka played by someone other than Ben Affleck).

If DC/ Warner Bros wants a long term solution to this problem, this is literally the only way it can happen without there being awkwardness. Sure Marvel did it with The Incredible Hulk, but that was just one film and its status as canon is still fuzzy. Batfleck has had a much larger role in DCEU till now and replacing him would be a pretty big hurdle. Even if they went with the Knightfall story and passed the cape and cowl to John Paul Valley, (1) Azrael hasn’t been introduced in this universe (2) Batfleck would still have to return when Valley goes mad with power.

But what do you think? Are we worrying about nothing? Should Ben Affleck’s Bruce Wayne play the Tony Stark/ Nick Fury of the DCEU and just come in for badass cameos while Nightwing begins his adventure? Can Flashpoint fix the awkwardness or would we just blame Barry even more? Sound off in the comments below!

*Update: After the initial writing of this article, news broke that The Batman movie will be a standalone film. Now it’s unclear what is meant by standalone film – unburdened or different universe. If The Batman takes places before the events of Batman V Superman it would function as a film that’s unburdened by the rest of the DCEU and thus be its own unique thing. If they mean it takes place in a completely separate universe, then things get even more complicated as Ben Affleck is tied to that film. If this is a separate film and Affleck does stick around, we have the opposite problem and instead of having two actors portray the same character in the same universe, we have one actor portraying the same character in two different universes….

Again, trying to hit this with reason – because I’m crazy like that – Flashpoint is still their best bet at reconciling this fractured universe. Unless DCEU is planning a LONG roadmap that ends in Crisis on Infinite Earths? God, I’ve said it once and I’ll say it again. Can we just rename the DCEU Wonder Woman’s World?