**This post will contain photos and spoilers for the back half of Season 8 of The Walking Dead. If you have not caught up on the show, read at your own risk!**

While fans of The Walking Dead are still reeling from the midseason finale, which found Carl Grimes singlehandedly saving the people of Alexandria only to reveal that he had been bitten, it’s time to start looking forward as the winter premiere is looming just ahead.

Fans have been promised that the episode will be a beautiful goodbye to one of the show’s most cherished characters, but they still can’t help but wonder ‘where does the show go from here?’. Thankfully, the latest issue of Entertainment Weekly will be taking a deep dive into the new future of The Walking Dead and to kick things off, they’ve released 10 exclusive first-look photos from the upcoming episode airing on February 25th. Take a look below!

The midseason premiere of The Walking Dead is bound to be the show’s most heartbreaking and story-altering episode to date. It will pick up directly after where “How It’s Gotta Be” left off with Alexandria literally burning to the ground and Carl barely hanging on to his life after suffering a walker bite. 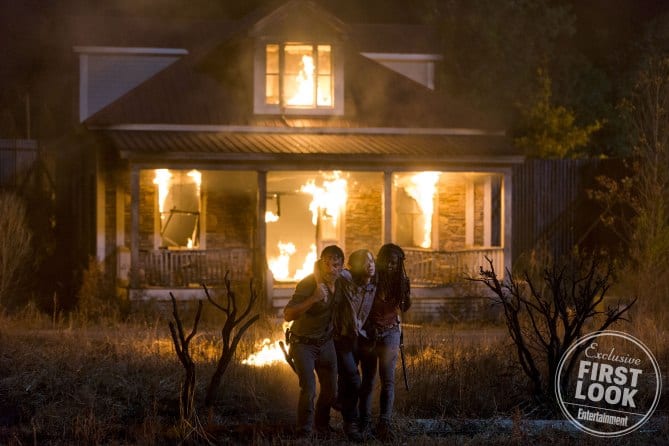 The episode will be the final chapter for Carl Grimes and will especially focus on the relationship he has with his father with whom he has spent the season thus far trying to convince to find the good in people. In an interview with Fan Fest’s James Frazier, Riggs said, “I think that’s gonna be one of the biggest challenges in episode 9, when Carl is just trying to teach Rick as much as he can in those final moments.” 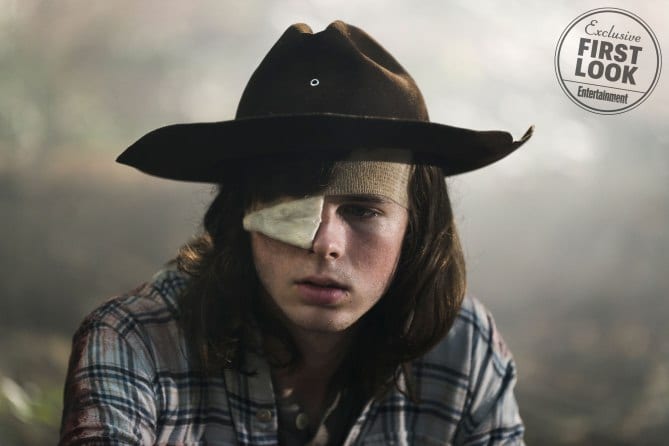 While the loss will be devastating for Rick, it will certainly rock Michonne to her core as well. She has already lost a son to this cruel world before and has formed a truly special bond with Carl over the years. 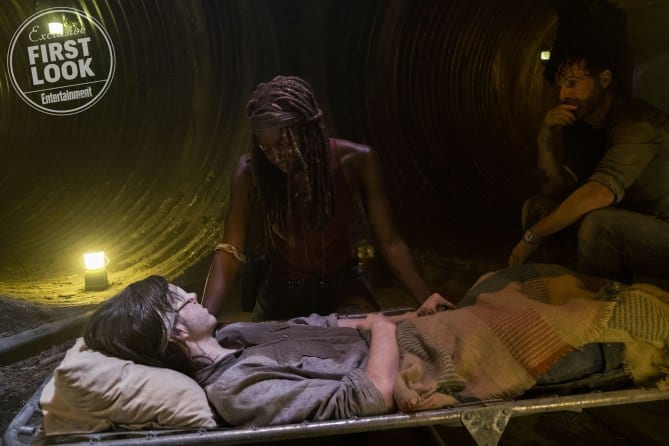 Fans have definitely noticed that time seems to be moving pretty quickly yet Maggie is not showing her pregnancy at all. Could this picture be hinting that the show is going to address that soon? 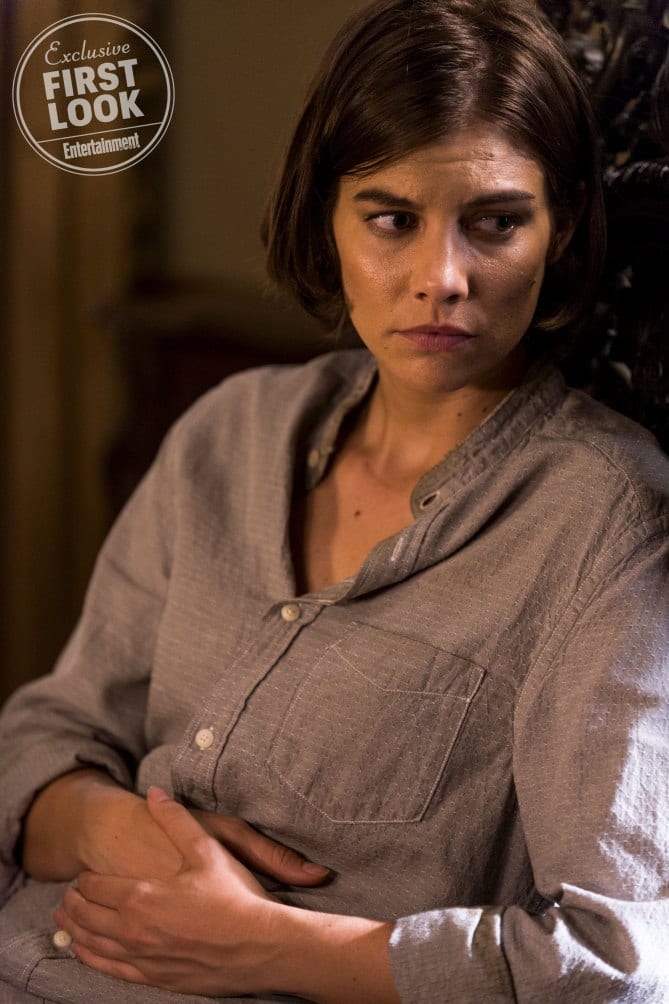 When we last left Maggie, she’d just killed one of her Savior hostages in cold blood – a message to the Savior’s that the Hilltop will not be backing down. While her pregnancy may be a slow burn, she still has Baby Gracie who will most likely play a larger role in the back half of the season. 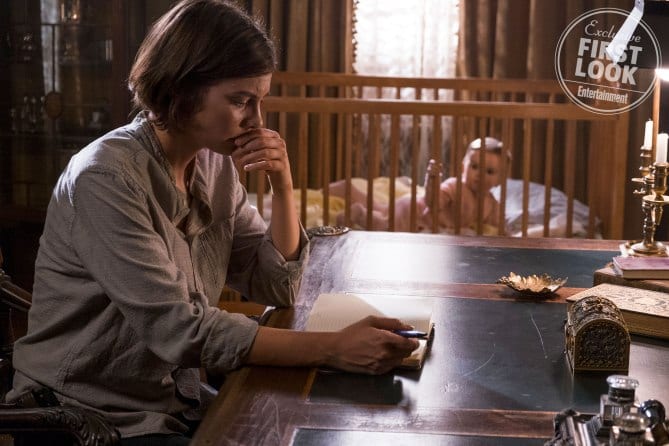 Daryl’s been carrying a lot of guilt on his shoulders lately, but in the midseason finale he showed mercy towards Dwight, keeping with the seasons running theme, and Reedus promises “There’s some really good Daryl stuff coming up with some of the characters he’s been going toe to toe with,” so we are absolutely looking forward to seeing that come to fruition. 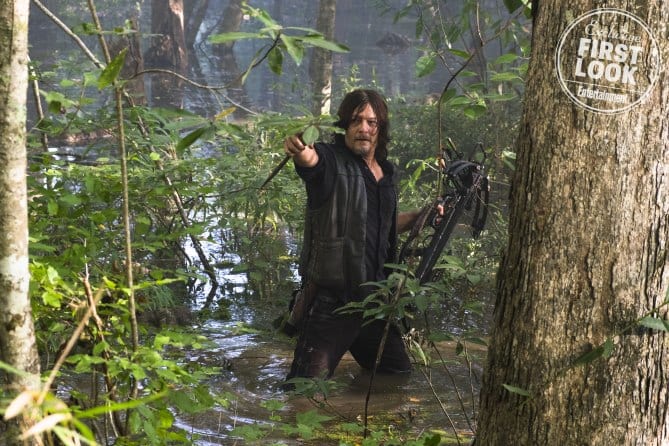 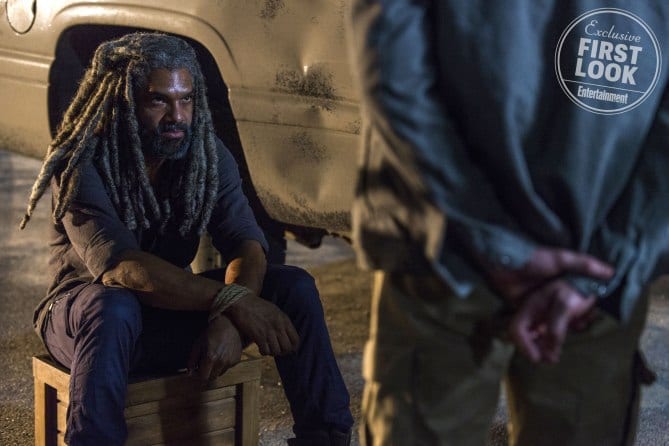 However, Carol and Morgan are not going to turn their backs on their leader and King. It looks like the two will be plotting their rescue mission to save Ezekiel from the Kingdom. 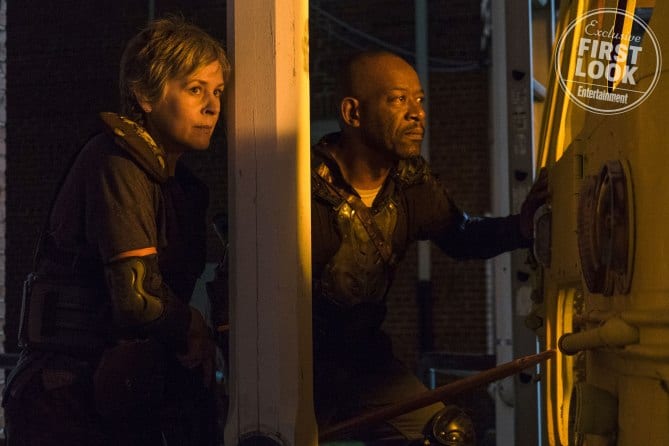 Expect Carl’s goodbye letter for Rick to come back around in the winter premiere.  “He’s definitely leaving behind a really long-lasting legacy, which was the coolest part about playing those final moments — knowing that Carl was going to have such a lasting impact on the story,” Riggs told EW in their latest Walking Dead issue. 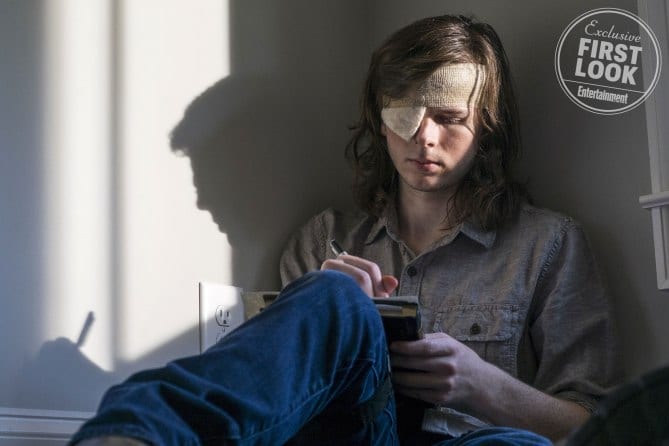 We all know that Morgan will be crossing over to Fear the Walking Dead and that his departure is most likely coming sooner rather than later. Perhaps the premiere will begin setting up his move to Texas? 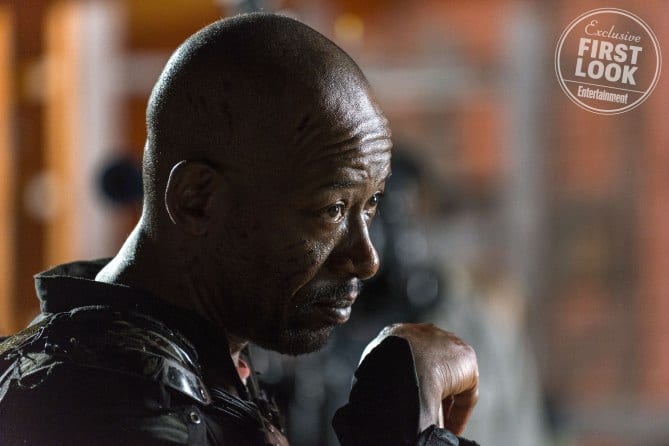 All photos courtesy of Gene Page/AMC.

Are you ready for The Walking Dead to come back? What is one thing that you hope they address in the premiere?  Be sure to get the latest edition of Entertainment Weekly, which is filled with all sorts of Walking Dead goodness. It hit stands this Friday! 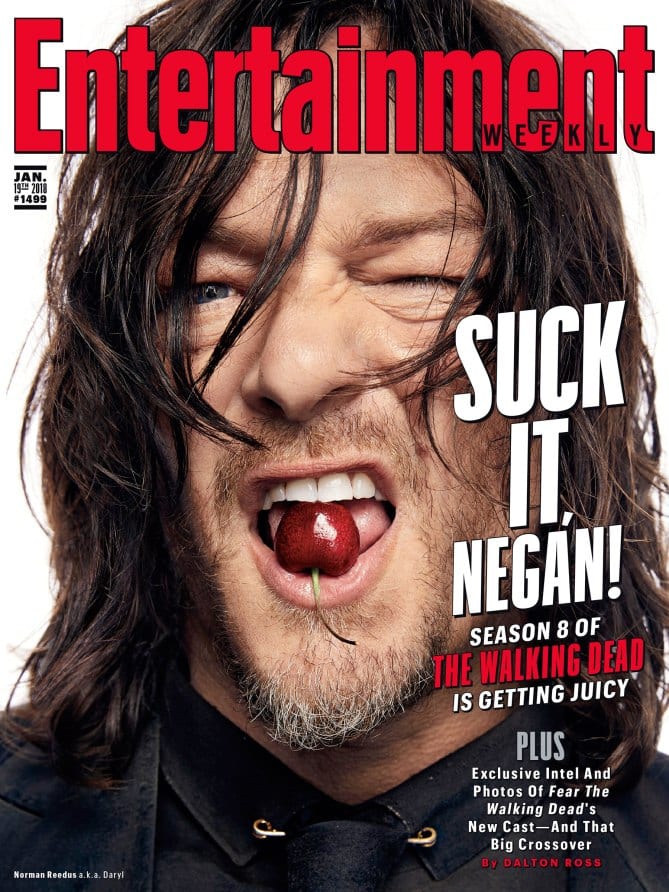