Last we saw of Rosita and Michonne they were being left in Alexandria to recover from their injuries while the rest of the troops set off for the “All-Out War”. Naturally, they were not too happy about it and based on the most recent sneak peek, it looks like they are just about tapped out of being sidelined as well.

The clip shows the two heading outside of Alexandria’s gates even though Rick had told them to stay put. Last we saw Rick was heading off on his own to Jadis & Co. so it may be better than nothing to have two extra players out in the field in case things don’t go according to his master plan. Not to mention, Michonne definitely has a bone to pick with the Junkyard people as she got caught in a pretty brutal attack with one of their people in the Season 7 finale.

Here’s a breakdown just in case you can’t watch at the moment!

It kicks off with Rosita finding Michonne packing up the car to head out, reminding her that Rick told them not to leave. 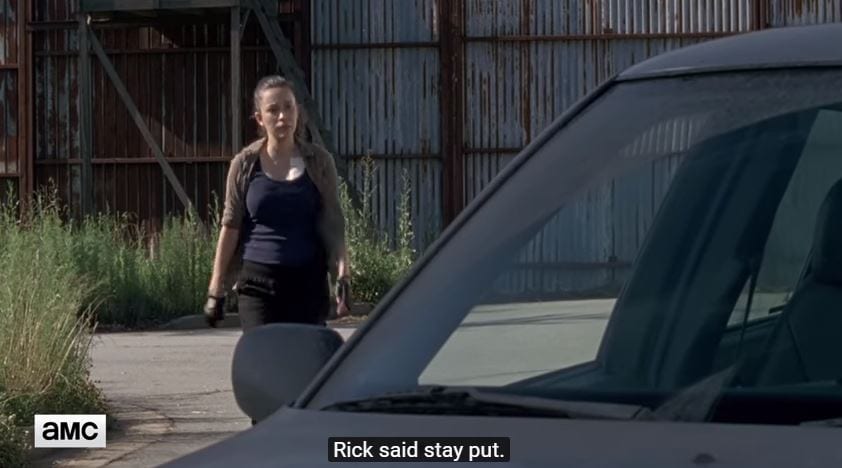 Michonne says she’s “just going to look” although for what is uncertain. Perhaps someone comes back to Alexandria and gives an update that worries Michonne or again, maybe she’s heading to the Junkyard? 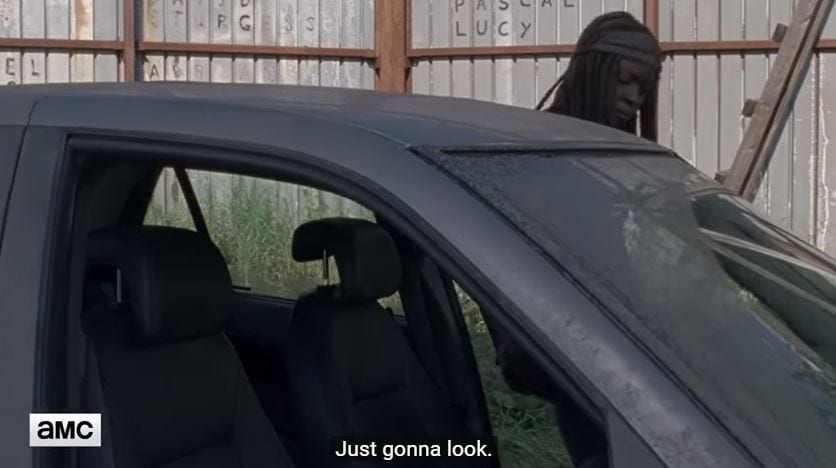 Rosita does try to warn her not to head out without being fully healed but badass Michonne is not having it. 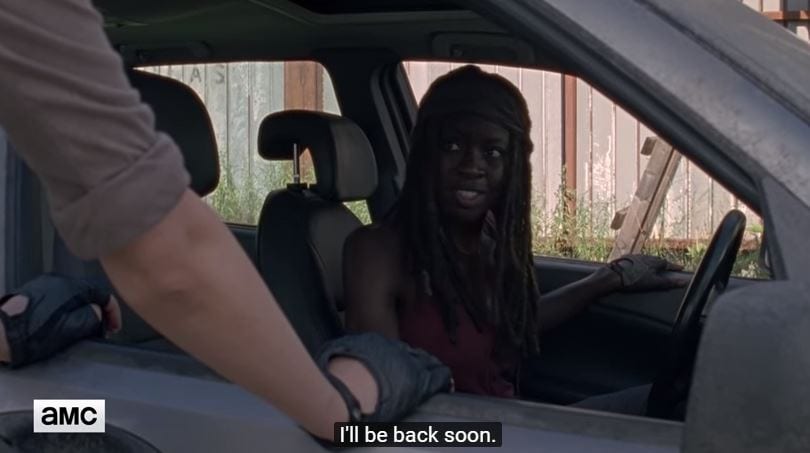 Of course, since she’s Rosita, she is not missing out on anything and hops in the car too, despite Michonne’s reminder that she was also hurt (as if Rosita had somehow forgotten she was shot).

The two both accept the fact that what they’re doing is probably really foolish and hit the road. 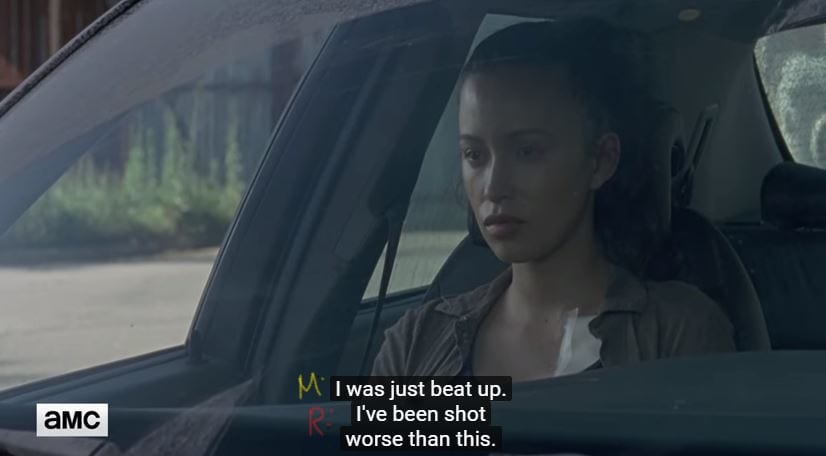 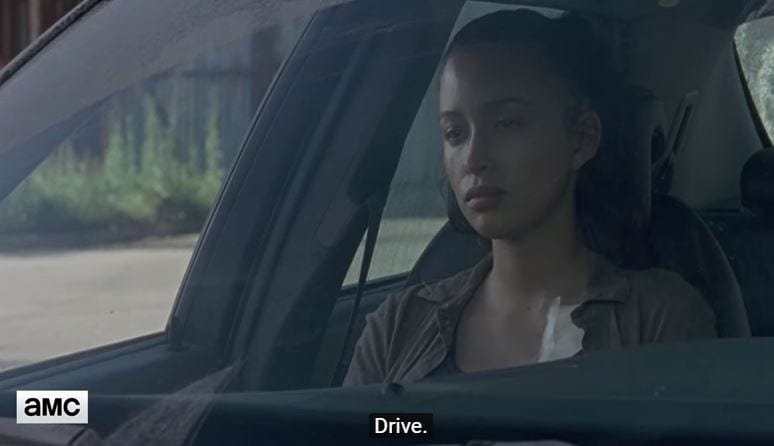 This week’s episode is titled “The King, The Widow, and Rick” and its official synopsis is “with things looking up for Rick and the group, an argument breaks out at the Hilltop; the consequences of the decision are life versus death.”

The Walking Dead premieres Sundays at 9 pm ET on AMC.

Every Time We’ve Seen a Helicopter on ‘The Walking Dead’