In The Walking Dead’s season 8 premiere and 100th episode, we saw our group make their first attempt at taking out the Saviors with the help of the Hilltop and the Kingdom. Even though Rick completely spooked a fleeing Negan as he ran for cover after the group opened fire, he was unable to get that kill shot on him. 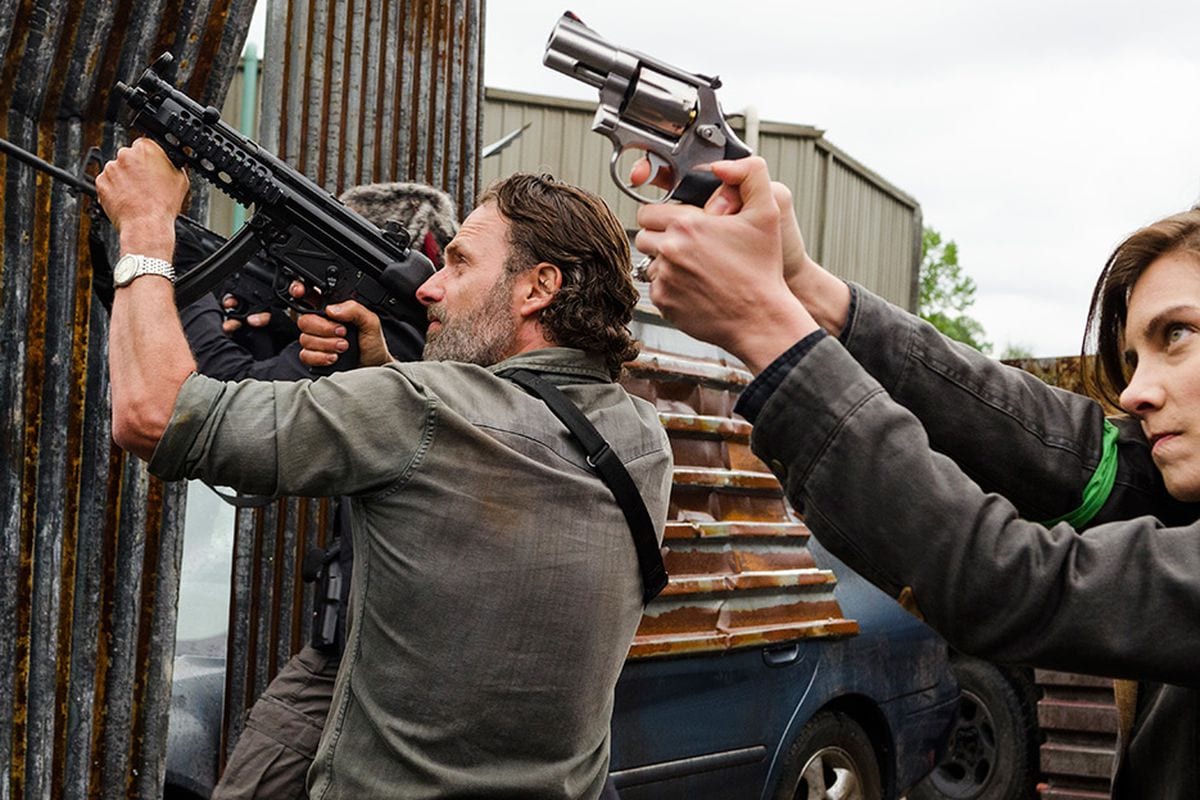 However, Rick did manage to take a quick snapshot of the damage they caused, which has caused a lot of speculation amongst fans as to what it’s purpose will be. And if you’re wondering what that photo looked like we are here to show you!

So, what does Rick’s polaroid mean? Could he be using it as proof to show other groups such as Oceanside that Negan can be taken out? Or will he use it as a way to deceive others and tell them that they successfully took them out, such as Saviors that weren’t at the main compound?

Executive Producer Greg Nicotero chimed in on the matter, reminding us just how important polaroids are to Negan’s backstory.

“You’ll get a chance to learn about that down the road a little bit, but you know Negan’s guys would take Polaroids of the devastation that they left when in season 6 Glenn and Heath see the Polaroids of all the people that Negan had killed. So I wouldn’t be surprised if Rick is intending on gathering his own set of Polaroids of some damage that they inflicted upon Negan.”

Remember the polaroids that Glenn and Heath saw that one day of Negan’s victims? Perhaps this will be Rick’s way of documenting their feats in this war.

Since the show is clearly going to be playing with time this season we may have to wait a bit to see what exactly the photo means in the big picture, but definitely, expect to see it come back around!

‘The Walking Dead’ Review ‘Mercy’-War For the Future