Last night’s midseason finale of The Walking Dead “How It’s Gotta Be” hurt. It featured the promise of death for one of the show’s most important characters, which was felt wholeheartedly by the entire fandom. So, with that in mind we will be featuring our usual best tweets from the episode – aka the tweets that made us smile and LOL – but also will have a section at the end with the tweets mourning and remembering our latest fallen character, Carl Grimes.

The Best Tweets from “How It’s Gotta Be”

Awww, it’s the zombie apocalypse and Rick is still like, “Carl, watch you mouth.” #TWD #TheWalkingDead

This is why you stick to the plan and never go against Ricktatorship #TheWalkingDead pic.twitter.com/p8BSrqDNbm

Jadis and her people just ran like… #TheWalkingDead pic.twitter.com/aqqfj1lIBj

Carl is writing a note to his dad, getting too much screen time, too much dialogue, and he just read the “Just Survive Somehow” paper thing. #TheWalkingDead pic.twitter.com/aao6tOSkUB

“kill me” okay carl well chill for a sec #TheWalkingDead

I guess it was a good thing Carl never liked staying in the house since Season 2! #TheWalkingDead https://t.co/srVtxx9q5f

YES HE FINALLY GOT HIS WINGS BACK #TheWalkingDead

King Ezekiel using Shiva’s chains to save his people #thewalkingdead

This is Lowkey Judith during this whole War #TheWalkingDead pic.twitter.com/CnrH9QxYT0

I would watch that Negan and Carl conversation for a whole hour. #TheWalkingDead

Michonne to Judith: I’ll be back and i’ll bring your daddy with me

How she gonna bring Shane back from the dead? #TheWalkingDead

The looming death of Carl Grimes: 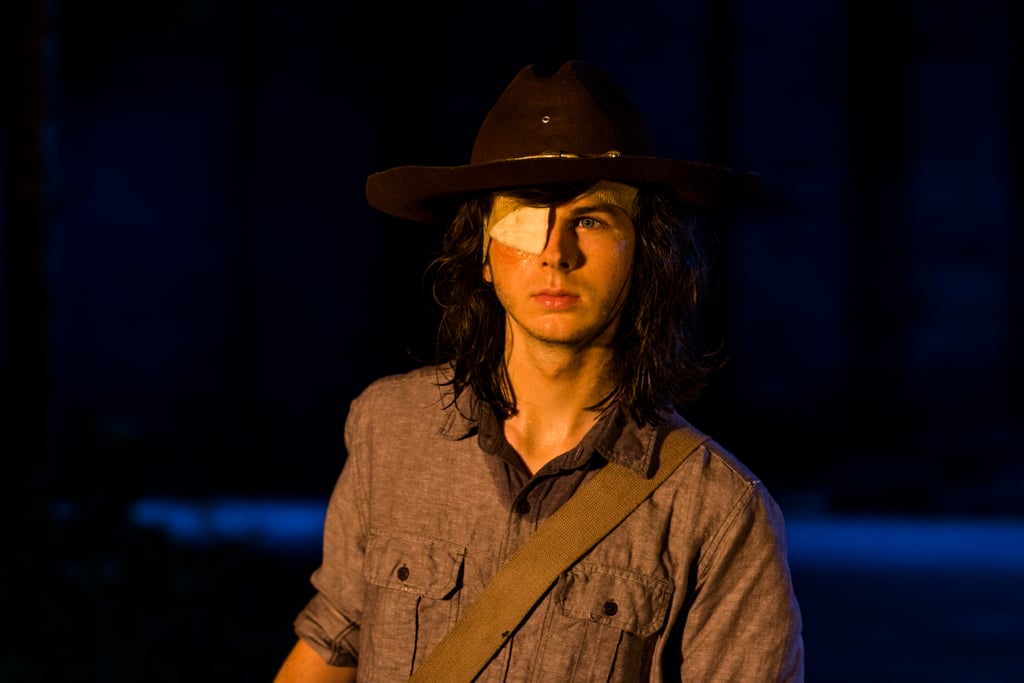 This was the moment my heart broke and every damn emotion you could ever feel flooded in, before leaving me. I now remain, with not even a flicker of humanity left. You will be greatly missed… @chandlerriggs thanks for everything Carl #TheWalkingDeadpic.twitter.com/RFdl5qoI9e

That kid who can’t stay inside the house?
He became a man who protected his home.

Another member of the fabulous #AtlantaFive is gone. I have no words. Just numbness. #CarlGrimes was beginning to shine & show his strength. But a moral compass too. That’s a death sentence on #TheWalkingDead. #RIPCarl #TWDFamily is mourning your loss.

Y’all, I have watched this show since October 31st, 2010 and I have never in my life been this distraught because of a tv show. I cannot believe this. #TheWalkingDead

Carl being bit is even more heartbreaking when you realize that it happened, not during the attack, but when he was doing what Lori told him on her deathbed.#TheWalkingDead

How am i supposed to study for finals when there’s been a death in the family??? #TheWalkingDead

Chandler Riggs grew up on The Walking Dead & very dearly played Carl in a way I don’t think anyone else could ever do like he did.#TheWalkingDead

Ranking All of ‘The Walking Dead’ Midseason Finales So Far

Home » Fandom » ‘The Walking Dead’: Twitter Reacts to “How It’s Gotta Be”