Geeklings, a very Happy New Comic Book Day to you all. The smell of new comics is in the air and it is glorious. Plus the week is almost over and that’s even better. I hope this Wednesday finds you all doing well and well stocked on comic reading material. I myself am having a pretty stellar day, not to brag too much. I had a random bump in with one Robert Downey Junior this afternoon. That’s right, yours truly shook hands with Iron Man which makes me pretty sure that I’m an Avenger now. I know, I know, I’d be jealous too. But it was a real quick encounter. Not like we braided our hair or anything. On top of that, I have my fantasy football draft tonight as football season is right around the corner. 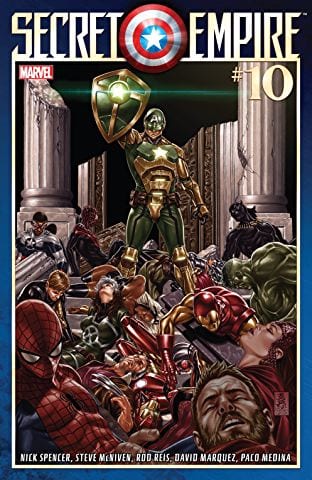 1. Secret Empire #10- I woke up all excited for this book this morning. I had been looking forward to this conclusion for awhile despite the fact that issue nine was a bit lack luster. It didn’t really get the blood pumping but I have loved this series so I was very anxious to see how it concluded and willing to view issue nine as a hiccup. Without giving any spoilers I can tell you that I found issue ten to be a bit underwhelming and formulaic. Which really, really disappointed me. There are some tremendous visuals and some cool moments but over all, I felt that Secret Empire kind of lost all it’s momentum from earlier issues when the Marvel Universe was in that hopeless pit of despair. This ending just felt… like any other ending to any other event comic and I held Secret Empire at a higher standard. If you’ve come this far though it’s still worth the read. I will say that this didn’t make me feel any more excited for Legacy and I’m not sure if that was the intention. 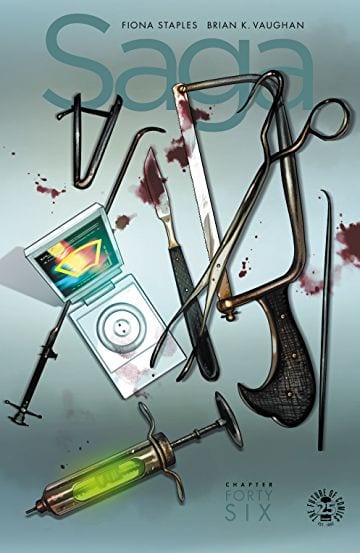 2. Saga #46- Saga has never been afraid to mix in real emotions and relevant story telling in it’s massive science fiction space opera. Look for issue #46 to bring the feels, as Saga often does, as there’s a surgery and a farewell to bid. Brian K Vaughn and Fiona Staples continually win awards for this book for a reason. If you’re not reading you really need to re-think your love for comics. 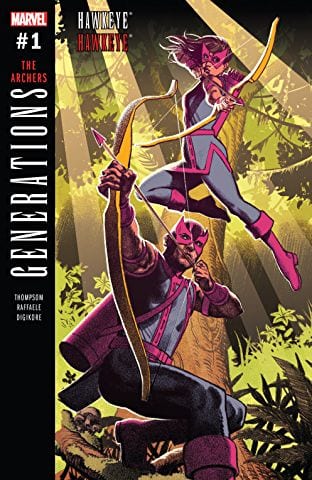 3. Generations: The Archers- Ever since Matt Fraction’s Hawkeye run I have been in love with the characters of Kate Bishop and Clint Barton. The Marvel Generations stories have been pretty solid as they look to blend the old with the new and pairing up Kate with an older version of Hawkeye seems like all types of awesome. These two, whenever they’re together, bring the humor and feels in spades and I’m excited to see what the future of the Marvel Universe holds for them. 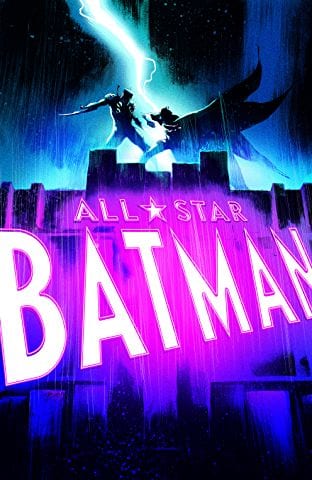 4. All-Star Batman #13– Today in favorite covers. My God, look at this thing. It’s gorgeous. For those of you who are jonesing with the need for more Metal why not take a breather and read Scott Snyder’s other Batman book. In case you didn’t know, All-Star Batman will soon be coming to an end so enjoy it while you can. Snyder has really woven a pretty epic tale here and it’s worth exploring. It’s Snyder writing Batman, what more do I need to explain here? 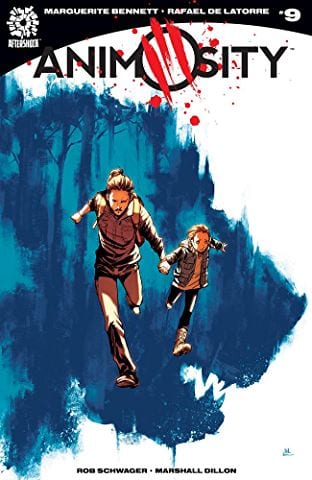 5. Animosity #9- Think 28 Days Later but with animals instead of zombies. Talking animals who have had enough of humans and their bull shiz. This book is still early enough where you can catch the back issues and get caught up rather quickly.The character development is tight and the story carries weight. Worth a glance from your eyeholes. 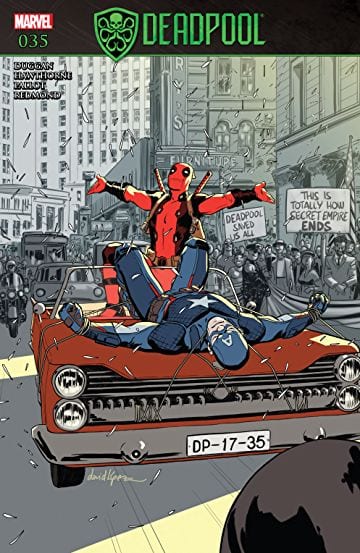 There you have it Geeklings. All the best books to please your eyes with. As always, if you feel I’ve left any books off feel free to sound off in the comments below. If you’d like to talk more comics with yours truly then you can find me on Twitter @iamgeek32. In the mean time, wish me luck on my draft, happy reading, and many huzzahs!