This week’s Sleepy Hollow was more interesting for development of characters’ storylines and furthering the uber Ee-vil background story. The story itself was “meh.”

Dreyfus lures his CFO up to his remote cabin. Seriously, the lady should have caught a whiff of bad a long time ago. He’s already proven himself to be creepy and unpredictable. She saw his state when he returned from the great beyond. And she can hear his voice dripping with sarcasm as he speaks about her being power hungry. Yet she is willing to head out to parts unknown where it’s easy to hide a body. But I guess Malcolm can be pretty charming. I really have grown to like our Uber Ee-vil bad guy. 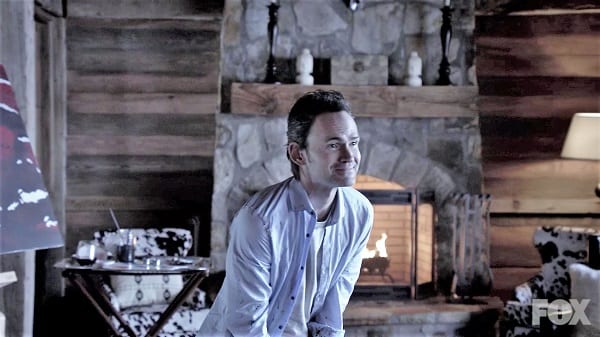 She ends up in the Jinn’s lair. 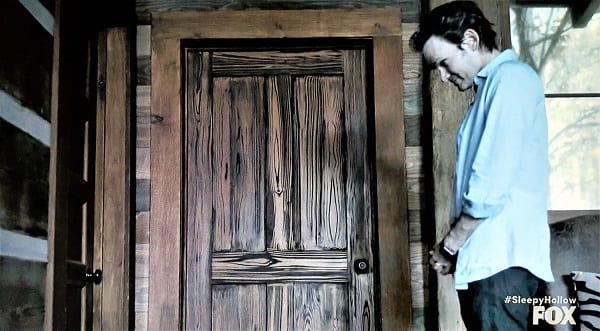 Crane hosts an open house party. Let’s hope we see Ichabod thwart Sham-ilton by season’s end. It’s like he has his own little arch nemesis! 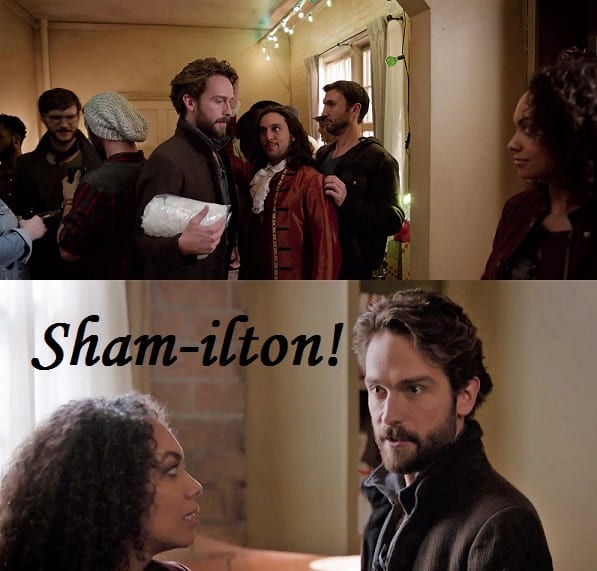 Jake shows up to the party with Alex, but then introduces his snarky coworker to the bartender from her tinder date, Missy. Alex is sooooo jelly. 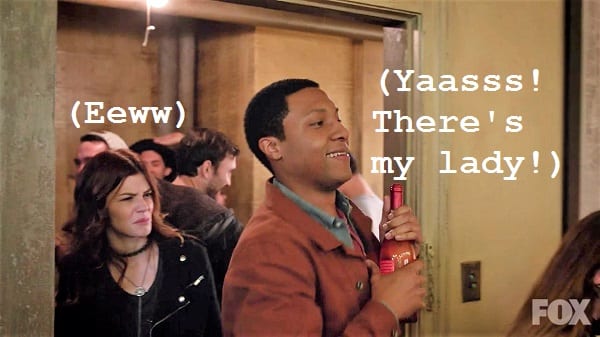 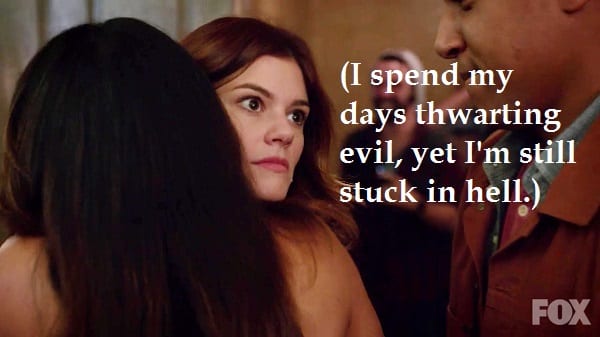 I hope this scene is a little foreshadowing. Maybe this woman is really a demon planted by Dreyfus to keep Jake distracted? 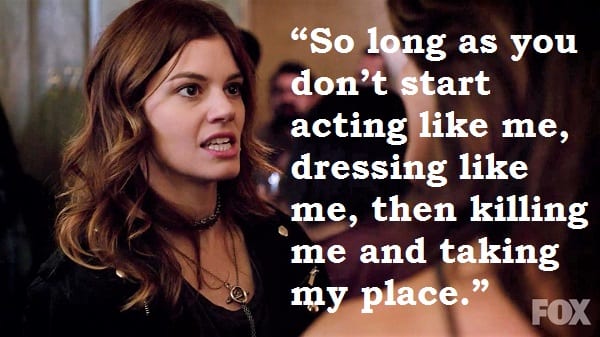 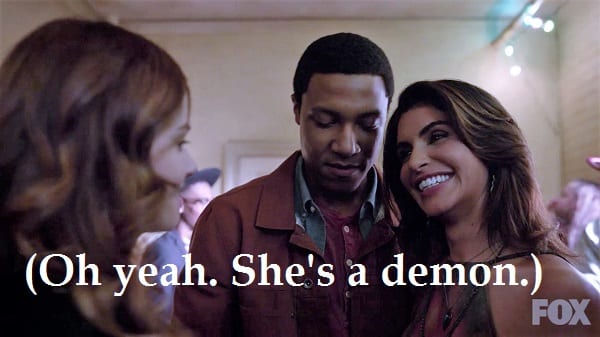 Alex and Miss Jenny share an unspoken moment over Jake. Jenny sees it, even if Alex is clueless. 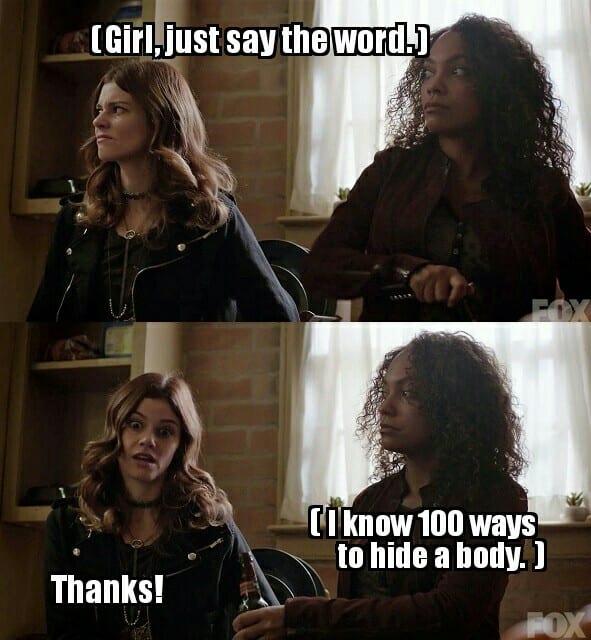 Diana tells her supervisor of her suspicions about Malcolm. Her regular case load has been suffering and her director can’t justify going after Malcolm without more evidence. And of course Diana can’t talk about the “real” supernatural evidence they have.

Jobe shows up at a DC office building. At the security checkpoint, he doesn’t set off the metal detector, but he freaks out the security guard for a split second. 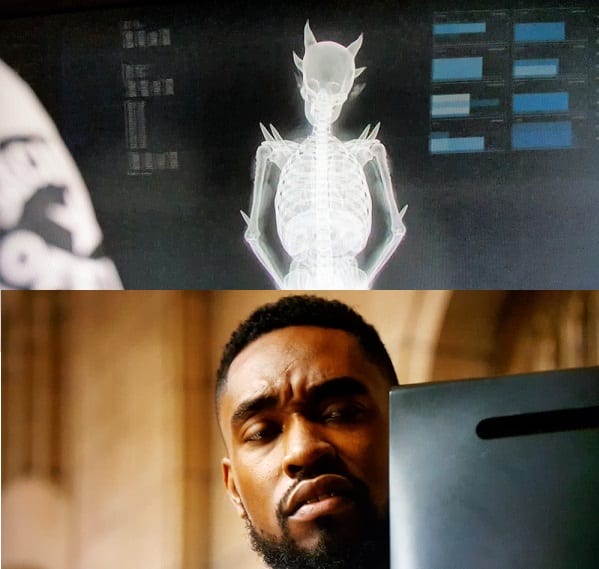 Jobe releases a Hunger Demon that sucks the essence out of people. They literally die of malnutrition after being overwhelmed with hunger.

The Scooby gang quickly track down the type of demon and set out to recapture it. They fail and break the box while trying.

Alex and Jake track down Dreyfus’s assistant and clone her cell phone to trace Malcolm when he calls her. Alex is still unwilling to admit that she is massively jealous of Jake’s new girlfriend. 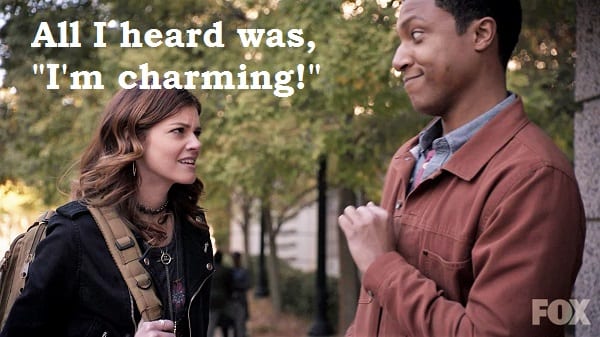 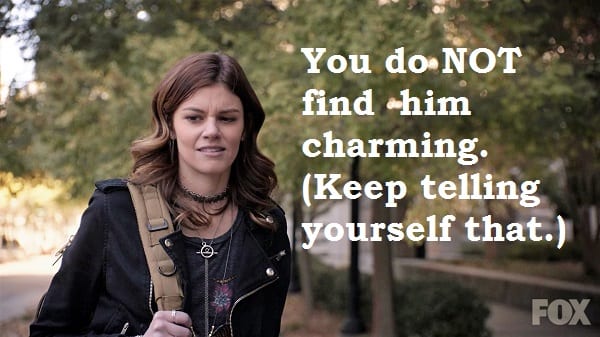 Dreyfus finds Headless, injured, but alive. He is going to restore him. 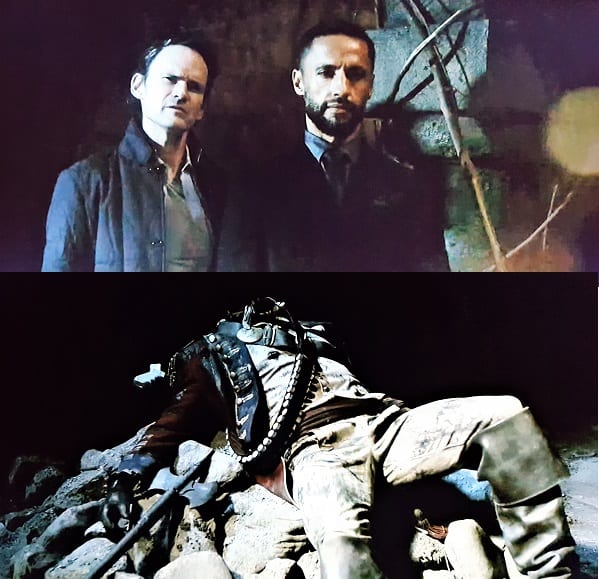 Diana and Crane butt heads a bit, because she wants to take Dreyfus out, not chase the minor demons Malcolm keeps raising. Crane says they have to contain each situation. Cracks start to show in the gang when they realize Diana sent Alex and Jake out of a mission without telling everyone else, leaving the group without backup when attacking the demon.

The gang learns our demon can be lured and trapped with gold, so Miss Jenny comes up with a fragile plot point of capturing the demon within a ring of cars at the junk yard. All the cars contain trace elements of gold. That demon must have a MASSIVE allergy to gold for this idea to work. After he is trapped they fill him full of lead, er gold. 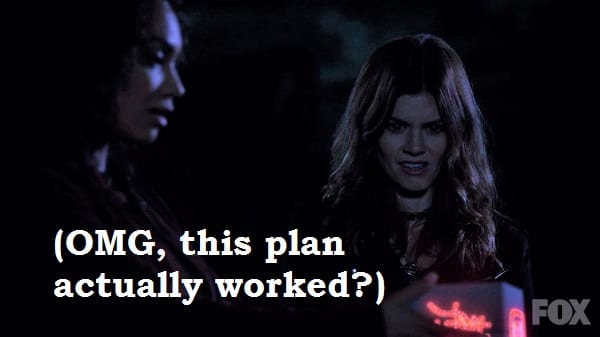 They realize the statue of Justice is missing her scales. That leads Crane to the conclusion that Dreyfus is raising the Four Horseman of the Apocalypse. (Why does it always have to be the Apocalypse?) Pestilence was the fire flu raised by the internet celebrity. Famine was raised with this week’s Hunger Demon. Malcolm just has to raised two more. Headless will again play the part of “Death”. Who will be “War”?

Tune in next week to find out!