This week the gang heads to Sleepy Hollow to thwart Dreyfus’s attempts at immortality. They visit Crane’s archives and reminisce over old times and Abbey’s memory. An artifact “divining rod” quickly unearths the location of the fourth piece of the Philosopher’s Stone. But an archer, decked out as Anubis, attacks them in the grave yard. Why is this supernatural guardian such a bad shot at close range? And where are all the locals in Sleepy Hollow?

Dreyfus meanwhile has found Jobe. I guess the demon wasn’t destroyed last week, just trapped in a cocoon in the ground. Jobe can’t break out of his fiberglass tomb. But apparently a mortal Dreyfus can simply shatter it with a rock.

To get the last piece of the stone, our fearless warriors must distract the “Sphinx” above ground, while Crane and Diana sneak into the tunnels underground. In this case, Sphinx-y doesn’t have a lion’s head, but a dog’s. After finding the underground hiding place, Crane gets through the riddle-laden locks with no problem (and with no explanation to the audience). But once inside, Jobe materializes and easily takes the artifact AND Crane. I assume Jobe didn’t do this before because he was trapped in the fiberglass tomb.

Dreyfus’s Ee-vil plan is to use Crane and the horseman’s blood to make himself immortal, rather than killing the whole town of Sleepy Hollow. He’s such a nice guy. We also learn that Washington used the Stone to make the horseman immortal back in the day. So is Crane immortal too?

Luckily neither the Horseman or Ichabod need to be killed, just a little blood is needed. While this is in mid-ceremony, the Scooby gang arrives to save the day and plant explosives on the Stone.

The demon Jobe is captured during the ordeal, with an ancient lantern from Benjamin Franklin. The explosives go off after a last ditch effort to save Dreyfus, and our crew makes it out alive to enjoy a beer, at Crane and Jenny’s old haunt.

Finally, we see Dreyfus survived the explosion. He seems shaken and confused. But after pulling a metal shard from his stomach he finds himself healed.

So Dreyfus is now immortal, the Scooby Crew have the demon Jobe trapped in a lantern, no one knows if Headless is still alive and Crane may or may not be immortal himself. Is Crane really such a great guy that he is ok with all the lies told by his friends 250 years ago? Or will he snap? He says he’s “ok”, but they keep bringing up this issue.

Crane is burned by the bewitching “Razzle Dazzle Berry” freeze. 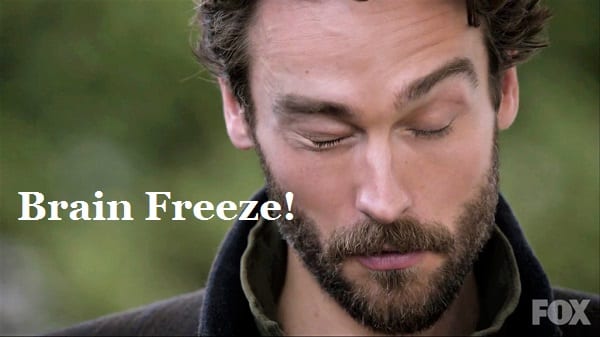 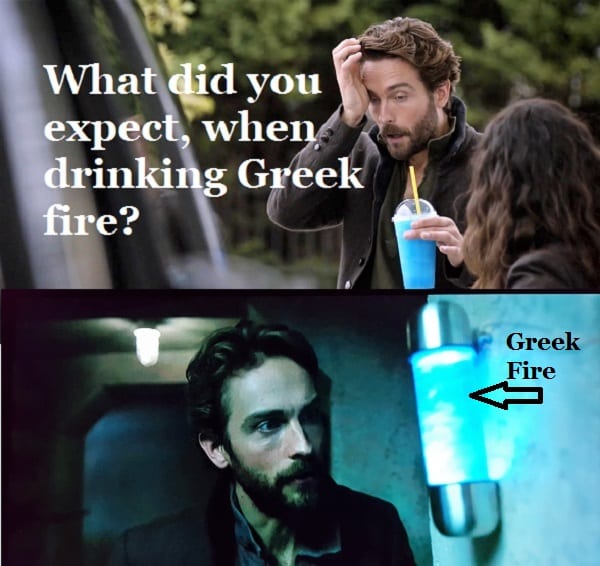 Jenny is more than a little concerned about the survival skills of her newbie crew. 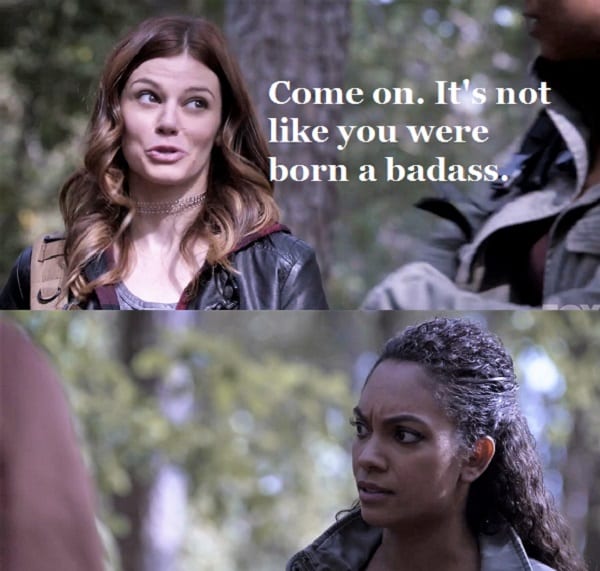 Jake realizes the crew can sneak into the catacombs undetected. 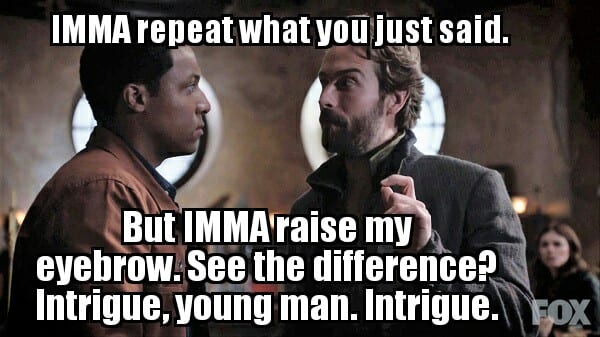 Crane needs to solve the Sphinx’s Riddle to get to the artifact. 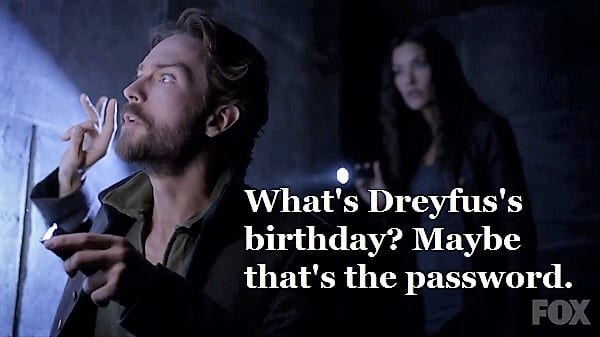 Alex has been remiss on the obvious the last few episodes. 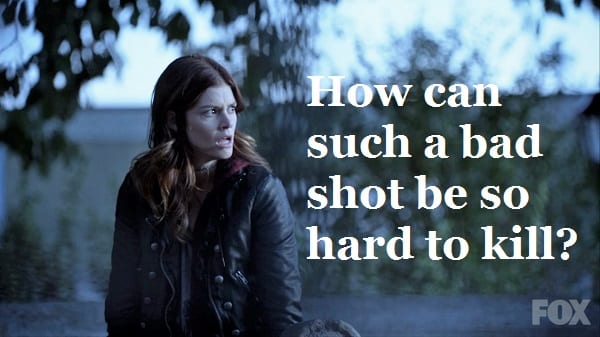 Dreyfus still thinks himself the charmer. 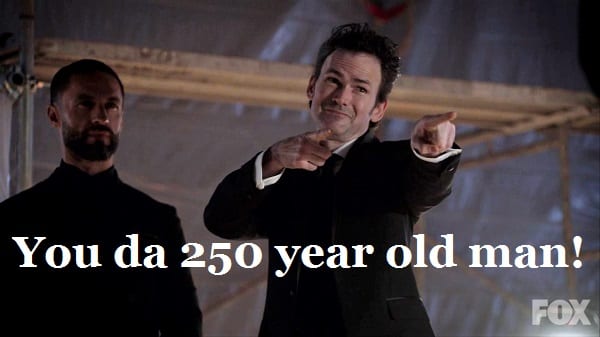 Next week Molly is chased through the woods by a werewolf. Yup, she’s wearing a hooded red sweatshirt. Who will be our Huntsman? See you this Friday at 9pm on Fox.