Well, ‘Shameless’ was being renewed for season 9 this week, WHAT WERE YOU DOING? Yes, fans of Showtime’s favorite family The Gallagher’s will be excited to know that Showtime has given the greenlight for season 9 of ‘Shameless’. 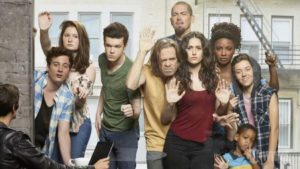 Three days after the season 8 premiere which was one of the highest rated since season 3.  Showtime’s president and CEO David Nevins made the announcement. “As challenging as it can be for any show simply to maintain viewers in the current TV landscape, Shameless is adding them in droves,” said Nevins. “But it’s no mystery why. The series’ reputation for rich and resonant characters and for deep – and deeply twisted – comedy has drawn not only faithful longtime viewers but a steadily growing audience. And creatively, the season that kicked off this past Sunday is stronger than ever.” 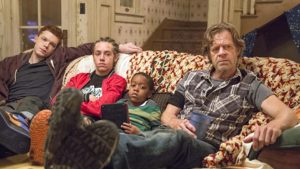 Entertainment Weekly had recently interviewed William H. Macy who plays Frank Gallagher the ever so popular “loving father” of the family.  At that time, he thought that the show had a couple of seasons left to go. “When we finished season 7, that was supposed to be the end of it, and I started to entertain the notion of life after Shameless for me,” said Macy. “I gave some thought to it — a little bit — about how we would end. But I think that’s not upon us. Not yet. I think we’ll do another season, perhaps two more.”

Filming for season 9 is expected to start in 2018.