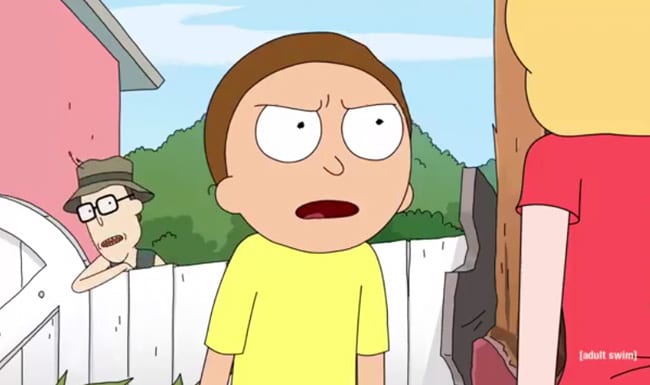 Man, season three just won’t let up, will it Geeklings? If you forgot that Rick and Morty was on because you got all caught up in Game of Thrones goodness, I’m not sure that there’s anyone who is really going to blame you. But hopefully, you allowed all those feels to settle in time for a brand new set of feels to arise with “The Whirly Dirly Conspiracy” which was a further exploration into the cancer that is Rick Sanchez. On the surface level, this was supposed to be a Rick and Jerry episode. Something that on paper should have been a whole bunch of gags and cheap laughs mostly at Jerry’s expense. We know better with Rick and Morty though, none of these laughs or gags are cheap and everything comes with a cost. When you come in contact with Rick Sanchez that cost tends to be pretty high.

Yes, Rick takes Jerry to a Westworld like planet where no one can really die and yes parts of their exchanges are humorous. You have the most selfish/egotistical man in the galaxy paired up with the world’s most pathetic/insecure man. That alone is a recipe for excellent story telling. Instead what happens is we learn that there is not a whole lot of room for growth within this new family dynamic that Rick has helped create. Early on it becomes apparent that Rick and Jerry would probably get a long if they met randomly in a bar. There’s something about their personalities, that once removed from all the family drama, meshes kind of well. The two are able to make jokes (Jeff Goldblum) and put back drinks with little or no conflict. The fact that the two get along so well prompts Rick to say that he’ll put in a good word with Beth for Jerry while accepting his responsibility in the ending of their marriage. Great, right? Then Jerry acts like Jerry (setting up Rick to get killed) and Rick acts like Rick (unforgiving) and no one learns anything from the encounter. 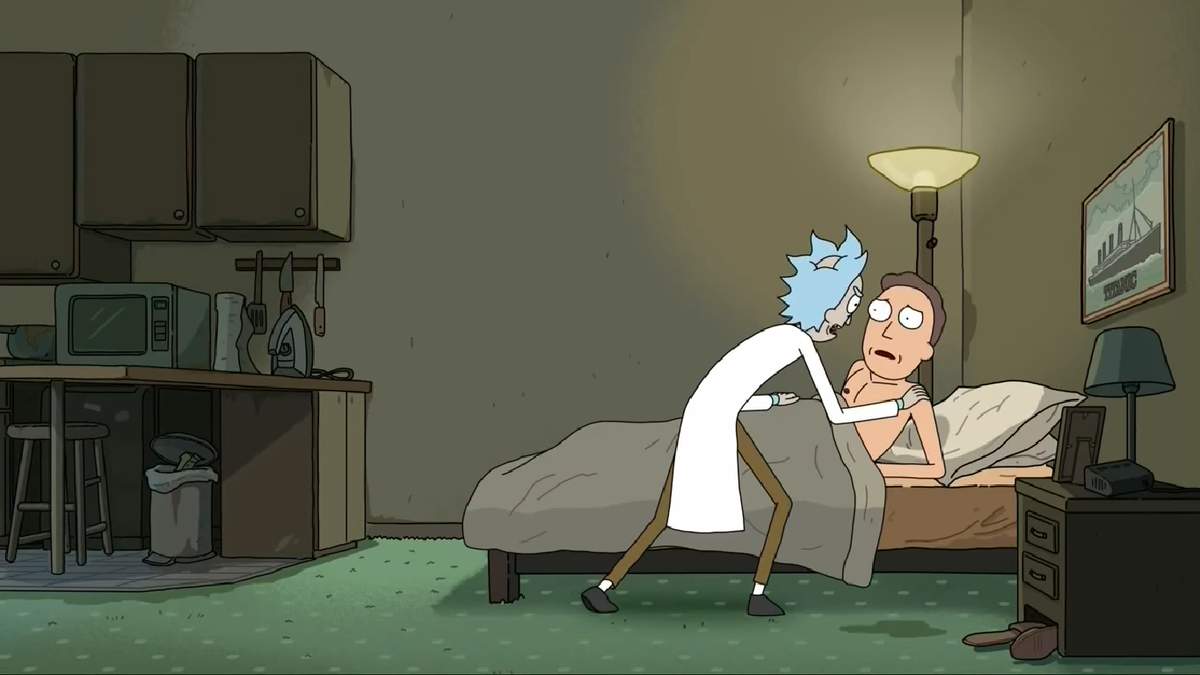 These are two men that don’t really do change. Rick tends to always be the emotionally guarded, selfish, monster and Jerry never seems to get out of his own way creating an aura that he’s always the victim. The scene the two share in the jungle, right before the snake eats Jerry, is some of the most hurtful real talk the show has provided. Rick telling Jerry he uses his patheticness as a shield to garner sympathy hits the nail directly on the head while Jerry’s attack on Rick helps expose him as the monster he might actually be. Taking offense to Jerry referring to Summer, Morty, and Beth as “his family”, Rick goes on a tirade saying how Jerry stole “his” (Rick’s) family from him when he (Jerry) got Beth pregnant. “She was Rick’s daughter Jerry. She had options.” Ouch.

From there we’re left with the same Rick and Jerry we’ve always known minus a slight role reversal when boarding a ship home. Jerry is let on no problem because he’s not perceived as a threat (has he ever been?) and Rick is subdued because he is perceived as a super threat (which he is). Here we have a dumbed down version of Rick who is instantly bullied by a Jerry looking to reclaim some of his manhood from a father in-law who has “robbed” him of everything. The whole turn of events is rather tragic as these men don’t look towards their situations and choose to better themselves for the sake of their family, but instead remain the same shallow, callous, men we’ve known all along. The divorce is ripping apart the Smith family instead of repairing and it seems that each family member is slipping further and further into the abyss.

Look at what was happening on Earth as Beth is now constructing really weird and disturbing hoof sculptures (“coolzies) while Summer desperately seeks compassion and reassurance from an absent mother. It’s clear that Beth doesn’t want to be bothered with the problems of her teenage daughter and would much rather focus on herself and her really twisted art projects. Enter Morty to be the voice of reason. As a matter of fact, Morty has been the only one who has been displaying any true growth this season. With the Vindicators, we saw a Morty who has dealt with Rick’s crap for far too long and is now able to handle a number of situations without the assistance of his grandfather. In the “Whirly Dirly Conspiracy,” we have a Morty who devised a plan to get time away from Rick only to find his mother fall into those same methods and patterns of behavior. The fact that Beth won’t listen and believes she knows how to reverse the gigantic and inside out Summer models all of the worst Rick traits (inability to listen, selfish methods for fixing the problem, thinking they know everything) and exhausts Morty, who ultimately saves the day. Morty taking charge and fixing the problem allows Beth to focus on being a mother and amending her relationship with Summer a little… granted it takes her being a giant inside out person to do so but it seems to go along way. Morty helps to bridge the gap a little. It seems that Rick isn’t’ the only one who needs a Morty. 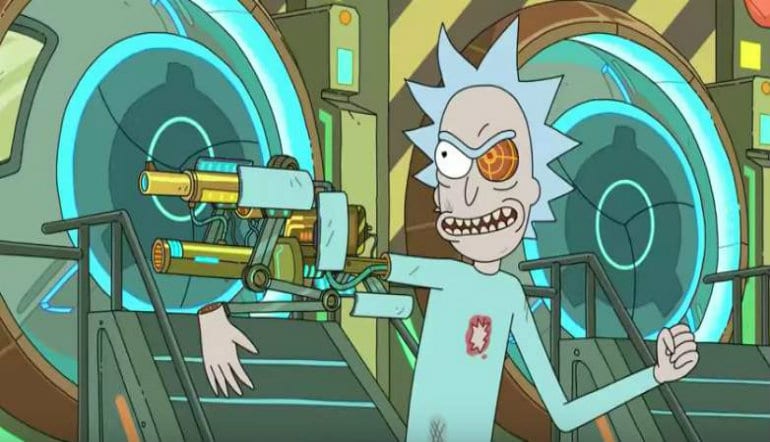 Some quick thoughts before I leave you-

There you have it Geeklings. Rick and Morty isn’t letting up at all this season and I feel that the linear story telling has only made this show better. I think we’re at the half way mark now and who knows what these back five episodes have in store for the Smith family. Is it possible for them to come together again? I’m not sure but I kind of hope so. I don’t think they can survive the darkness.

What did you guys think? Is everyone on this show a monster? Is Morty the only one making progress? What’s up with all that cyber tech on Rick? Sound off in the comments below. As always if you’d like to continue a Rick and Morty discussion you can find me on Twitter @iamgeek32. I’ll be back next with a new review for your eyeholes. Aaaaaaaaaaand that’s the way the news goes!