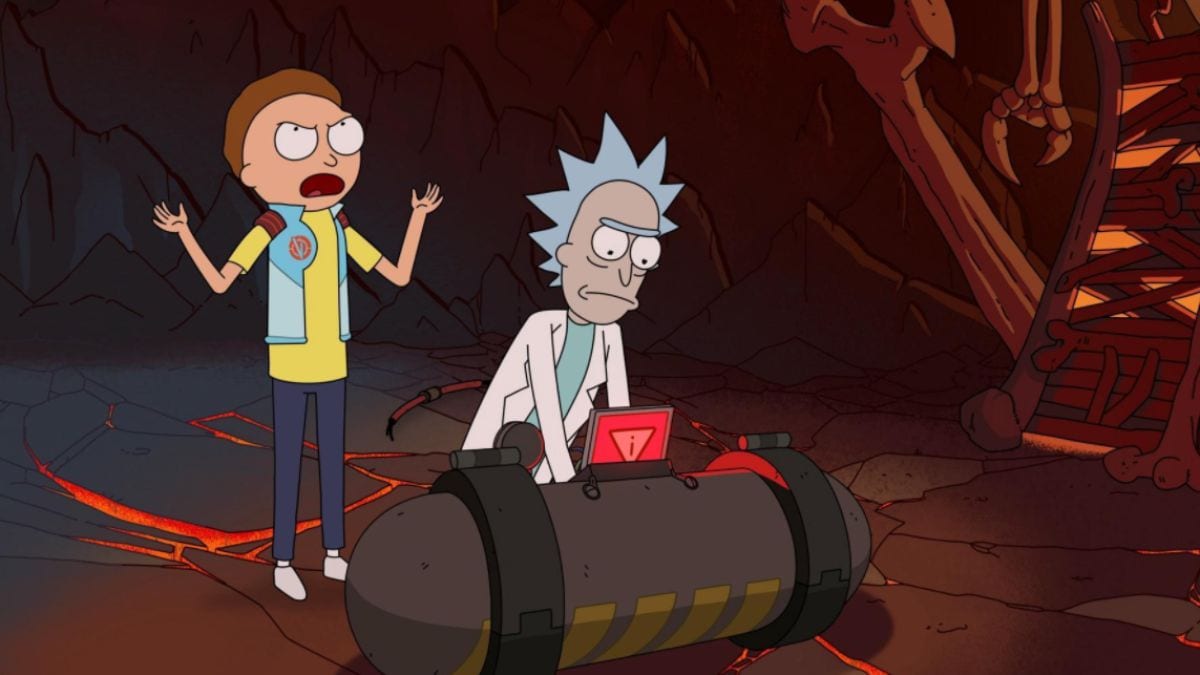 Waaaaaay back in April, Rick Sanchez made a comment to Morty as the season three premier came to a close. He told us that this would be the darkest year of their adventures and while it could have seemed like a throwaway line that was made to mirror the ending of the pilot episode, we should have known better. Rick Sanchez very rarely says things that don’t turn out to be true, and yes, that’s even counting his lies. Even with that monologue as a bit of prep for the season to come, I’m not entirely sure that any of us could really have prepared ourselves for what was to follow. Season three has indeed been the darkest season of Rick and Morty and it doesn’t appear to be getting any lighter any time soon. It’s easy to blame the darkness on the lack of Jerry, who I feel is the glue that prevents this family from slipping into the ether. The glue that brings with it an R2-D2 coin collection and a terrible pitch for apples but also kept Summer from getting high off of art supplies and Morty in more of a secure emotional state. Although I will make the argument that Jerry’s leaving has allowed Morty to mature and grow in ways we haven’t seen before. We have always been dubbed to believe that Mortys are dumb and act as shields for Ricks, but our Morty is on a different level. In fact, his perceptions of Rick have become spot on and his tolerance levels are really starting to fade and things really seemed to come to a head in this weeks episode, “Vindicators 3: The Return of Worldender”. Morty is slowly coming to the same conclusion that the audience is… 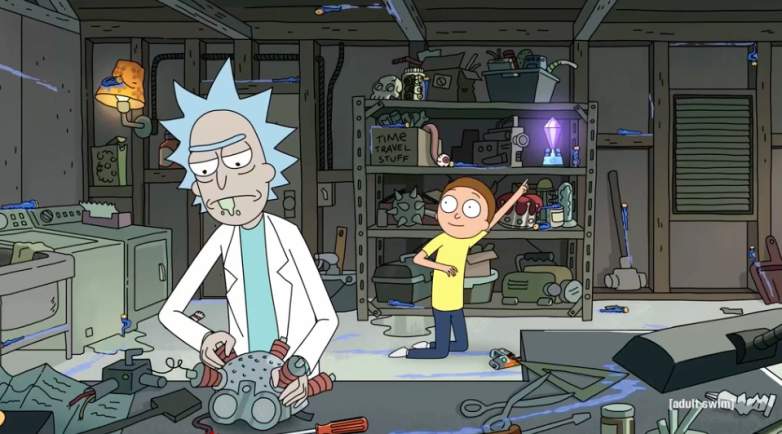 This season has really played on the selfishness of Rick on levels we haven’t really experienced before. The premier (“The Rickshank Redemption”) saw Rick openly admit to breaking up Jerry and Beth’s marriage because Jerry crossed him in “The Wedding Squanchers”. The following episodes (“Rickmancing the Stone” and “Pickle Rick”) saw Rick take his selfishness to new levels as he created robot versions of Summer and Morty so he wouldn’t have to deal with their issues and turned himself to a pickle in order to avoid family therapy. Right now we’re seeing a transformation of Rick, or maybe it’s an evolution, that reminds me a great deal of Walter White. It was around season three of Breaking Bad that I started to turn on Walter and noticed that he’s not the anti-hero I want to cheer for, he’s just a villain. Rick is trending in that same direction but he’s doing so with a little more emotion, something I would argue was beneath Walter who only cared about how good it felt to be Heisenberg.

“Vindicators 3…” all comes together because Rick is jealous that Morty has chosen the Vindicators as his heroes, but who are these mysterious Vindicators that we’re just meeting for the first time? Well, it appears that they are the Rick and Morty equivalent of the Avengers or Guardians of the Galaxy (probably more Marvel oriented based on Dan Harmon’s previous work) complete with a logo that looks very similar to the Avengers logo. They are an unlikely collection of heroes who have saved the universe before, with the aid of Rick and Morty, and are coming together for the third time to save it again. The first time, something we’ve never seen, was clearly one of the highlights of Morty’s life getting to work alongside a number of heroes that he clearly looks up to. That’s why it’s so disheartening when we learn that Vindicators 2 happened without them because the group kind of hates Rick. Makes sense, Rick spends the majority of this episode ripping these heroes as paper thin cliches who are no better than the rest of us and are just products of their own gimmicks. Who would want to work with that guy?

Apparently, for Vindicators 3 there was little choice, and the Vindicators suffers from something that the rest of the galaxy does, this need for Rick Sanchez. As much of a jerk as he is, Rick is light years ahead of anyone else and knows it. Vindicators 2 was apparently a mess beyond words as the group was responsible for the destruction of an entire planet. Rick is quick to tell them that he could have solved their problem in a couple of minutes, and he’s right, but it doesn’t make him a hero. In this episode, this is Rick at his worst.

Hearing the news that Morty values these heroes, Rick gets black out drunk and devises a series of Saw like puzzles made to unveil the Vindicators as nothing special. A vicious way to strip down Morty’s heroes to prove that no one really is good or worth worshiping. When you think that Morty is still a kid this whole thing becomes all types of awful. Morty is able to solve most of the puzzles on his own, through years of experience with Rick (“Morty, how many of these—” “Too many, Rick! Too many!”) and this is where we see a tremendous deal of growth from Morty. After so many adventures with Rick, he has now become accustomed to Rick’s behavior and is able to solve the problems on his own because he needs to. In the past, it’s been learn or die with Rick’s tantrums, or in this case, drunken outbursts and Morty is now able to display that he is indeed learning. That he is growing where as Rick is just the worst. 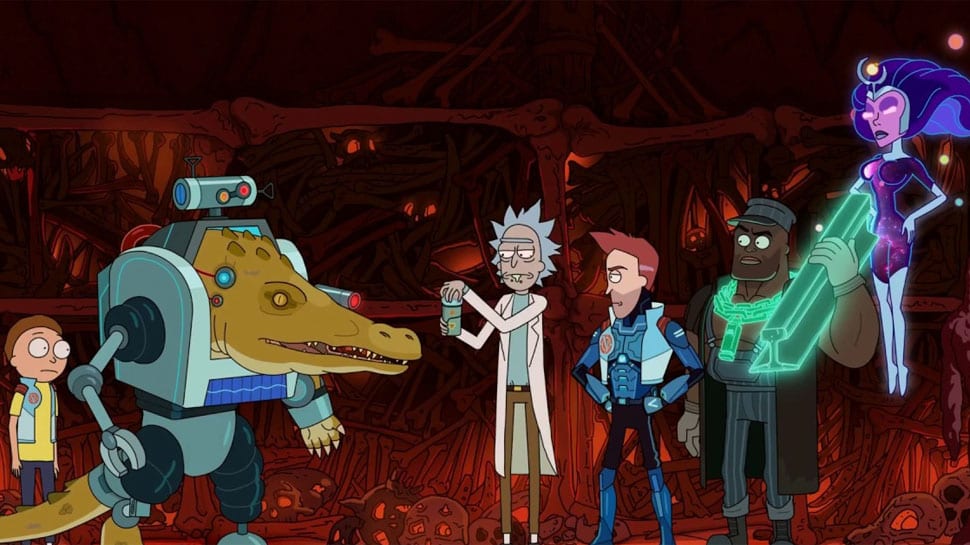 The Vindicators are not so lucky though. The majority of Rick’s Saw puzzles are simplistic, in some cases even lazy (Aloha), and yet it still tears this group up from the inside. “Rick’s point is that none of you are special or different. That’s always his point.” Even through his laziness Rick wins and shatters the illusion of Morty’s heroes. Those who don’t die through panic or stupidity, turn on each other and destroy themselves from the inside out. This all seems to be leading to one of those tremendous Rick and Morty emotional reveals as we suspect that Rick is doing this because he values Morty, and for a minute it is. Morty feels vindicated and willing to accept Rick’s behavior because it’s done out of love. Granted, it is the most effed up version of love but is still love none the less. When the final clue is solved and Morty is hearing drunk Rick’s emotional confession the payoff is tremendous. I got teary eyed because this one of my favorite aspects of the show. How it hits you with that emotional impact seemingly out of nowhere… and then Rick speaks and ruins it all. The whole thing was not for Morty but for Noob Noob, one of the newest members of the Vindicators who reminded me a lot of Mr. Poopy Butthole, and was done because he laughed at Rick’s jokes. God damn it Rick…

“Vindicators 3…” might be my favorite episode of this season and I know it seems that I just spent the majority of this review looking upon it in a negative light, but that’s the point. This is a negative episode. There is so much more depth and layered emotion in Rick and Morty, a half hour animated show, then there is in the majority of dramas on television today. I dare you to find me a show that is willing to explore their characters, for better or worse, this deeply. Everything about this episode was outstanding to me. The voice cast of the Vindicators (Gillian Jacobs, Christian Slater, and Lance Riddick), the call back to older episodes, to the growth in Morty. Season three is dark, as promised, and I’m wondering at what point we’ll start to see the light again. Could it be when Jerry makes his eventual return or is it possible that Rick and Morty will continue down this Breaking Bad narrative construct? I’m not sure. All I know is that I can’t wait to see more. Aaaaaaaaaand that’s the way the news goes!