Geeklings, a very Happy New Comic Book Day to you all! And what a freakin’ New Comic Book Day it is. My wallet weeps with the number of comics I purchased today. Like actual tears. Have you ever made your wallet cry? It’s a mess. Especially if said wallet is in your pocket. It raises too many weird questions. But what was I going to do?! There are sooooooooo many books out today that I need to get my eyeholes on. Was I expected not to read them?! What kind of world do you expect me to live in?!

Finances be damned, I bought a ton of comics today. So many in fact that I may need a sick day from work tomorrow in order to read them all. *cough cough* As a matter of fact I think I might be coming down with something. Quick someone tell me I have a fever.

Impending “sickness” aside there really are a bunch of books to cover today which means there’s not a lot of time to waste. There are so many kickass books today that I even expanded the Honorable Mentions category to make sure I didn’t leave any out. I’m dedicated to the cause people. I would love to break down each and every book with you but if I do that it just takes away from the time we could be spending actually reading comics. Thus defeating the whole purpose of the Pull List. So why don’t we just jumpstart this whole thing with our first book so we can get our read on? What do you say? 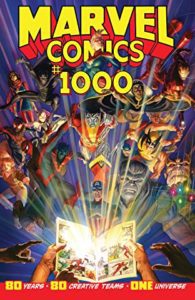 Marvel Comics #1000- Part of the reason why my wallet is weeping is this ten dollar, nearly one hundred page epic from Marvel. There are so many creators involved in this book, both past and present, that it would be impossible to list them all and part of the fun is discovering on your own who contributed what and when. It’s like the ultimate comic easter egg hunt. What’s really special about this book is despite all the different creative teams, and there are some awesome ones, this book is telling one story. A story about the Eternity Mask that just so happens to involve pretty much every Marvel character ever. Like, ever ever. This book is a celebration of all things Marvel past, present, and future and a reminder of why we fell in love with these comics, characters, and universe. 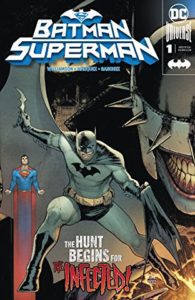 Batman/Superman #1– For the record, I’d like to point at whose name comes first in this title. You all know by now that I’m not a huge Superman fan and I like seeing him play second fiddle here mostly because I’m a petty monster who thinks the Man of Steel needs to be knocked down a peg. I digress though because this book is all types of exciting. Coming off the conclusion of Scott Snyder’s The Batman Who Laughs, Joshua Williamson (The Flash) pits Batman and Superman against the rising evil brought on by, well, the Batman Who Laughs. It would seem that this monster is recruiting heroes to join his dark army and Batman/Superman need to find out who before it’s too late. You know, typical end of the world stuff that feeds perfectly into DC’s Year of the Villain. I’m really excited to see what Williamson does here, and I’m a sucker for a mystery where heroes are being turned into monsters controlled by a dark force. Batman/Superman is a must-read. 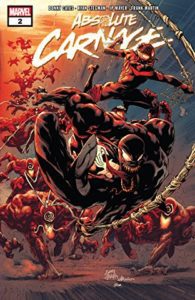 Absolute Carnage #2- I wish I could have been a fly on the wall when Donny Cates pitched this book because this thing is bananas. Bonkers. Wild. Dark. Awesome. Issue two picks up right where we left off with Carnage taking control of Norman Osborne’s body and forcing him to join his army of demon symbiotes. A transition that seems to have some pretty violent wrinkles in the making. Issue two contains a Spider-Man moment that made me laugh out loud, a Miles Morales moment that choked me up, and some new wrinkles in the life of Eddie Brock that are sure to bite him sooner rather than later. Absolute Carnage is the comic equivalent of a rock n’ roll acid trip and Cates/Stegman are having a blast. You’ll want to read the latest issues of Venom and the Miles Morales tie-in immediately after this. I’m here for all things Absolute Carnage at this point and can’t wait to see where this is heading. 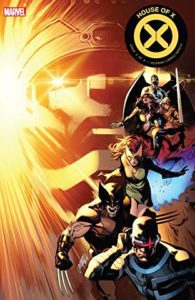 House of X #3- You didn’t think this would be an edition of the Pull List that didn’t include part of Jonathan Hickman’s X-Men run, did you? Because that would be crazy talk. House of X/Powers of X officially reach the halfway mark this week and this issue picks up directly off of the events of the latest issue of Powers of X. Moria X has shared her knowledge from the Apocalypse timeline (life nine) where she learned of how Nimrod is created. Xavier has dispatched Cyclops and a team of mutants, including Logan, Jean Grey, and Nightcrawler, to destroy the space station responsible for creating Nimrod… before they can create Nimrod. I know, it sounds kind of confusing but if you’re reading this series then you know what I’m talking about. This issue is another streamlined narrative dealing with the mission to destroy Nimrod and includes great moments for both Emma Frost and Cyclops. Halfway through and Hickman’s X-Men run continues to be my favorite book on a weekly basis. Can’t wait to see what the back half of this event has in store for us. 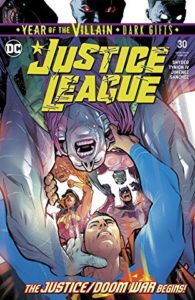 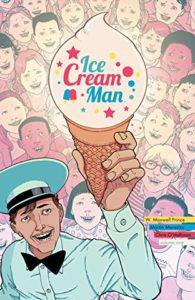 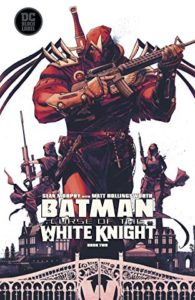 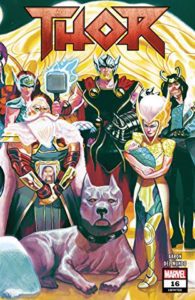 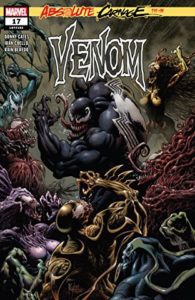 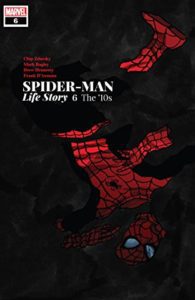 There you have it Geeklings, all the books to get your mitts on this week. I want you to know that it physically pains me to have not written about Jason Aaron’s final Thor issue or Chip Zdarsky’s final Spider-Man A Life Story. There’s only so much time I have with you guys and like I said at the top if I wrote about alllll the books you’d never get to read any comics today. As always, if you feel like I left anything off this week’s Pull List be sure to sound off in the comments. If you’d like to talk more comics with yours truly you can find me over on Twitter @iamgeek32. I’m ready and willing for all comic convo so hit me up. In the meantime, we’ve got a lot of reading to do. Let’s put this edition to rest, find our favorite reading spot, isolate ourselves from the rest of the world, and start reading. Just make sure you come back next week. We’ve got more comics to discuss. Until then Geeklings, happy reading and many huzzahs!