Geeklings, a very Happy New Comic Book Day to you all! It’s Wednesday, you’re here for a brand new edition of the Pull List, and all must be right in the world. I mean, for the most part. We’re talking about this little bubble of the world. If we start looking at the “bigger picture” we might start losing these giddy feelings and I don’t want that to happen. We need these giddy feelings to counteract the other crap. Comics, my friends. Comics make everything better. I stand by this.

Speaking of standing, it would appear that I have just been idly standing by while my own personal pull list has started piling up. I noticed it this morning when I downloaded today’s batch of books. There were a lot more “to be read” thanas expected which means that this weekend I’m in for a binge reading session. I kind of secretly love those. And it’s going to be a three day weekend for yours truly so I can get a jump start on allllll my comic goodness.

Speaking of comic goodness, would you guys like to see what’s in store for this week? There are a number of really, really exciting books to read this week and I think it’s about time we started discussing them. Starting with… 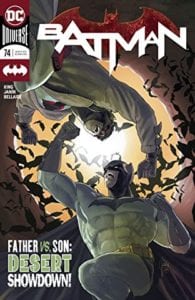 Batman #74- We are on the verge of Tom King’s biggest Batman arc yet, “City of Bane”, but before we can do that we need to put “The Fall and the Fallen” to bed first. When last we met our hero he was in the desert with the Flashpoint version of his father while they dragged his mother’s coffin to a secret Lazarus Pit. That’s right, Thomas Wayne is planning on bringing Martha back to life (Martha!!!) to make their family whole in the hopes that this will keep Bruce from wanting to be Batman. Thomas has worked with Bane to mentally and physically break his son, see all prior seventy-three issues, and this is his endgame. Effed up. King promises that the world of Batman is about to be drastically changed and possibly forever, could this be that change? I know the answer because I read the book. What I can tell you is that heading into “City of Bane”, Batman will have been tested like never before. One has to wonder how he’ll respond… if at all. 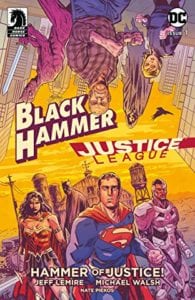 Black Hammer/Justice League: Hammer of Justice! #1- Now that is a title! But all massive crossovers deserve epic titles and this highly unlikely combo of Dark Horse and DC Comics certainly foots the bill. For those of you who have been reading Jeff Lemire’s Black Hammer then you know they kind of play out as the exact opposite of the Justice League. Their stories tend to be less action and more character driven and intricate. Not to say that Justice League books aren’t, just look at Snyder’s current run, but in comparison….  What is sure to be a fun crossover sees an attack on both Metropolis and Black Hammer Farm from Starro thus uniting the two supergroups. Who doesn’t love a good crossover and this one looks to be the one we didn’t know we needed. 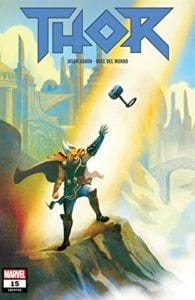 Thor #15- Favorite cover of the week alert! Just look at this beauty from Mike Del Mundo. I’m talking some serious wallpaper porn here. Outside of that though, Thor #15 marks the end of an era. Jason Aaron’s run with the God of Thunder is coming to a close, and I’m a little misty-eyed about it. Sure, he’s going to be moving on to the King Thor series to finish his story in full, but for the big picture, this is it. War of the Realms is over and we have a changed Thor on our hands. What does this mean for the future of Asgard, Odin, and even Loki? That’s yet to be seen but look for Aaron’s parting issue to be a celebration of his run as he ushers in a new status quo for the Odinson. All hail Jason Aaron, King of Hammers and Thunder Gods! 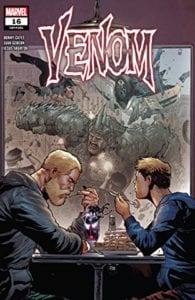 Venom #16- After taking a few issues off for War of the Realms and to prep for the upcoming Absolute Carnage event, Donny Cates is back with some brand new Venom for your eyeholes. Things aren’t looking great for our pal Eddie Brock though. For starters, he’s without his symbiote and that complicates just about everything in his life. Everything. He’s vulnerable in ways he’s not accustomed to and if he’s vulnerable then so is his son. With this massive Carnage event right around the corner, I think it’s time we start worrying about Eddie and hoping he gets reunited with his symbiote as soon as possible. This is a Donny Cates book and is about Venom, you shouldn’t need any more reason to be picking this one up. 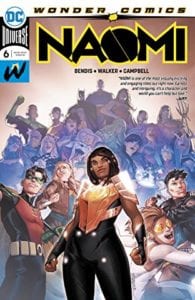 Naomi #6– At first, I was a bit surprised to learn that issue six would be the end of Brian Michael Bendis’s Naomi. Bendis has a knack for introducing new characters (see Miles Morales and Jessica Jones for further proof) and I just assumed that Naomi would be an ongoing for the foreseeable future. Luckily the write-up for this issue puts some of my stress at ease. This is the end of season one of Naomi… phew. I like the idea of breaking this series up into seasons and with her origin story now complete we can continue to watch her grow and expand her role within the larger DC Universe. Very much looking forward to more of this character. 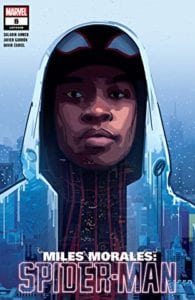 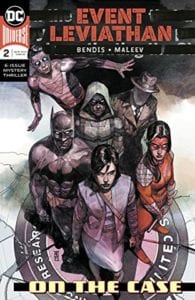 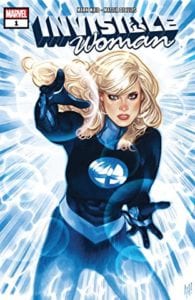 There you have it Geeklings, all the best books to get your mitts on this week. As always, if you feel like I’ve left anything off of this week’s be sure to sound off in the comments. If you’d like to talk more comics with yours truly then you can find me over on Twitter @iamgeek32. Now if you’ll excuse me, I’ve got a boatload of comics to start working my way through. I should hopefully be finished in time for next week’s Pull List. In the meantime, happy reading and many huzzahs!

Home » Featured » Pull List- A Batmen Throw Down, A Thor Finale, & The Crossover You Need