Geeklings, how the hell is everyone?! Welcome back to the Pull List on this most fantastic New Comic Book Day. I hope it finds you all well, spoiled in the awesome that was Free Comic Book Day, and with a pile of new comics to binge through. That’s how I’m looking to live life, right after I write this column of course.

I am fresh off a great vacation that allowed me to get some sun, plenty of drinks, and some reading time that consisted of pull list books and Jason Aaron’s outstanding Jane Foster Thor run. Seriously, read this. The MCU needs to take this story and turn it into the next Thor trilogy. That’s how good it is. For serious.

With this return from vacation, I find that my mind is a bit clearer and ready to start breaking down some comics. What do you say? You guys ready for our annual Wednesday comic book roundup? Hell yeah, you are! Let’s do this! 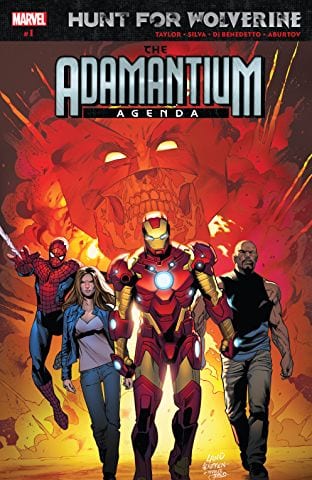 1. Adamantium Agenda #1– If I’m speaking honestly, I find Marvel’s Hunt for Wolverine to be a structural mess. Yes, that’s without reading any of the content but there’s like four or five mini-series, maybe an ongoing series, and I’m sure another book out there. It just seems like the longest possible route in telling a story about a character we’ve already seen in the pages of other books. I digress though. Despite those complaints, I have been looking forward to Adamantium Agenda since it’s announcement a few months ago. Tom Taylor writes awesome comic books. It’s that simple. For proof check out his Injustice, All New Wolverine, and X-Men Red runs. Dude just makes a solid comic book experience. I actually wanted him to take over Amazing Spider-Man, but I suppose this is the next best thing. A group of Luke Cage, Jessica Jones, Iron Man, and Spider-Man are all on the hunt for Logan. With Taylor’s crisp writing and sharp humor, this book is sure to be the breakaway from this event thingy Marvel is doing. Hopefully, it leads to a permanent team book because I love this pairing. 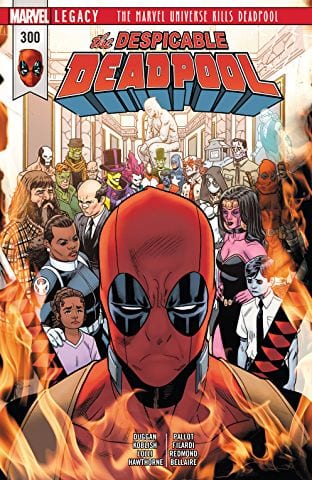 2. The Despicable Deadpool #300– Yay legacy numbering as it allows Deadpool to hit a milestone. Boo to the fact that the Deadpool team is breaking up. After five years Gerry Duggan is leaving the title and he’s leaving with quite the bang. It seems that the Marvel Universe is pretty ticked off at Deadpool, of course they are, and are being led by Captain America to take him down. This is a mega-sized issue that looks to play as a farewell and love letter for everything we’ve loved about the Merc with a Mouth over these last five years. Duggan’s run has been a blast and hopefully this book serves as the proper send off. 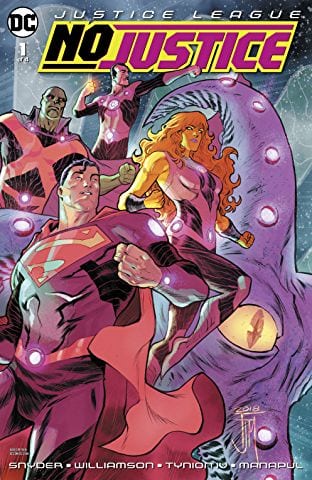 3. Justice League No Justice #1– You might have noticed that DC is changing up their Justice League teams a little bit. We’re not just talking writing staff, that’s changing too, but we’re talking time lineups. Over the last month, we’ve been promised unothordox teams and new threats. If you read DC Nation #0 then you caught your first glimpse of these new teams, and while there doesn’t seem to be a rhyme or reason to their pairing, I’m hopeful that No Justice will start to make things seem a bit more clear. We know that there is a massive threat looming over earth, quite literally, and the DC Universe needs to set aside differences in order to take it down. That’s why you’ll see Deathstroke, Lex Luthor, the Flash, Batman, Harley Quinn, and Darkseid (?!) spread throughout these books. All of this seems to be a part of the fallout of Dark Nights Metal and maybe this shakeup is what the Justice League books need right now. One thing for certain though, whatever Snyder, Williamson, and Tynion IV have planned it’s going to be epic. At least we’ve got that going for us.

4. Venom #1– It’s an exciting time to be a Venom fan with a movie on the horizon and a brand-spankin’ new solo series for your eyeholes being released today. Look at this new Venom series not only to hype up the release of the film but to showcase just what makes the character so awesome. On top of that, it’s written by Donny Cates who killed it on his Thanos book, and that alone has me excited for this one. 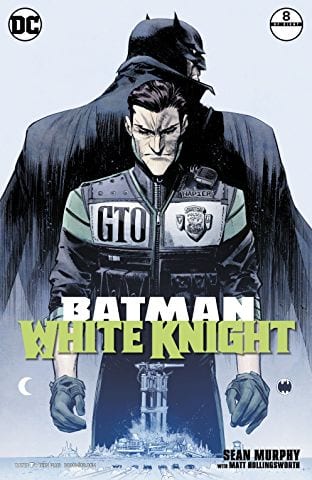 5. Batman White Knight #8– When all is said and done I suspect that Sean Murphy’s Batman White Knight will go down in history as one of the more memorable/unique Batman stories ever told. I’d be willing to put it up there with books like The Long Halloween and Year One. Yes, I’m serious. This book has been nothing short of captivating. Murphy’s re-imagining of the Batman universe has not only been refreshing but engaging and game-changing. While also feeling dangerous and edgey at times. I’m going to miss this book but with the way it’s been built there’s no way that it doesn’t go out with a bang. 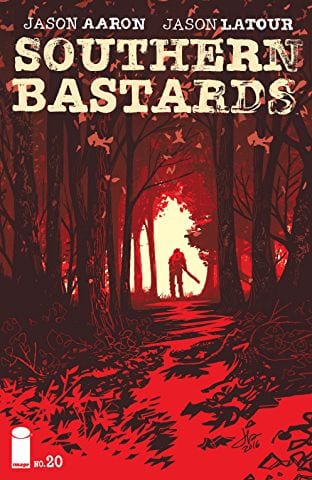 There you have it Geeklings, all the books to get your geeky little mitts on. As always if you feel like I’ve left anything off the list then the comments are yours. If you’d like to talk more comics with me than you can find me on Twitter @iamgeek32. Getting your reading done and then let’s talk about it! Until next week my friends, happy reading and many huzzahs!