It’s funny, around the twenty-five-minute mark of last night’s Preacher my brain kind of started working itself into a frenzy, and I actually stopped fast forwarding a commercial so I could get my bearings (thank you DVR). I sat there in my chair in my Fortress of Nerditude and thought, “how the hell am I going to write this review?! It’s all so… insane.” Don’t get me wrong one of my favorite aspects of Preacher is the challenge of making the events of the show sound somewhat normal, but there are times where I can’t help but think, “how am I going to spin Hitler being a character?!” Let’s find out, shall we? 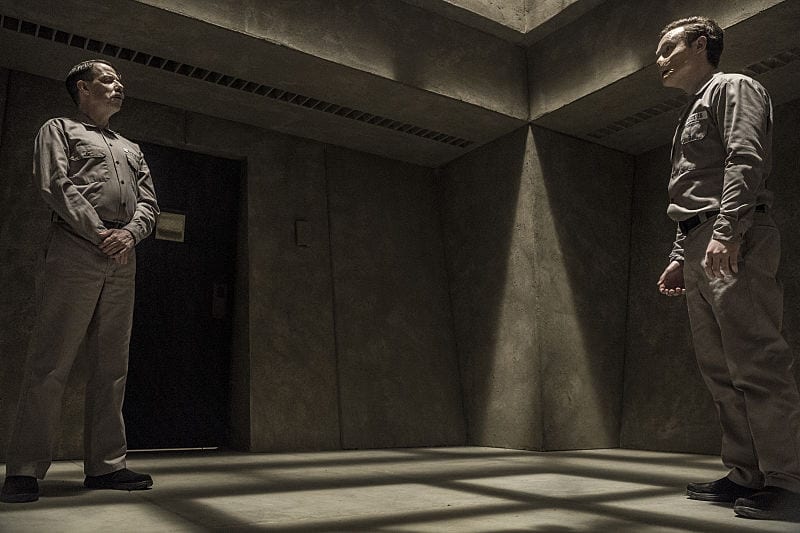 Last night’s episode was alright. I wasn’t in love with it but I didn’t hate it either. We got some answers…a few answers…one answer (?) of some of the questions being asked this season but we were mostly presented with more mystery. Let’s start in Hell, a sentence I hoped to never say to someone let alone an audience of someones, as production seemed to shut down and we learned that even Hell isn’t free of bullies. We now know that the fact that Eugene is in Hell is a pretty big crime as the kid has done nothing wrong, and the Warden of Hell also knows it as she told him that sweetheart behavior wouldn’t be tolerated in the world of fire and brimstone. I was worried about the effect that Hell would have on Eugene, kind of picturing the place like a dementor, as he strives to keep ahold of his soul while the place attempts to eat away at it. Not my number one vacation spot, and it seems that the atmosphere of Hell is already starting to weigh on him as Eugene jumped in on the beating of Hitler. Yeah, you read that right.

As much as I was concerned about Eugene’s stay in Hell I was more concerned with the show’s inclusion of Hitler as a character. Am I right? Hey, it makes total sense that Hitler would exist in Hell, he’s kind of the world’s worst person ever but a part of me thinks he would have worked as a novelty character opposed to a character character. Like, “oh that was Hitler” *insert uncomfortable giggle*. Instead, we got a Hitler that kindly invited Eugene into his personal Hell, which is being nice to people (?) and even stuck up for him at one point. It’s one thing to make Hitler a character but to make him sympathetic? I don’t see that working. Yeah, good for Hitler standing up for Eugene but I wasn’t sad that he got his ass kicked. It’s Hitler guys. I don’t like the bully though, that guys a douche. I’ll give him a pass on Hitler but stop picking on Eugene you jerkface!

Jesse and Cassidy went hunting for clues on the location of God as Jesse was oblivious to all the hints Cassidy was dropping about Tulip being off the radar. Anytime Jesse and Cassidy are together it becomes my favorite part of the show. The chemistry between Cooper and Gilgun is effortless and the two of them chew up all the screen time they have together. Their conversation about the secret society trying to take over the world was laugh out loud funny, just look at Jesse’s reaction to Cassidy’s explanation of the reptile people looking to take over the world by infiltrating popular culture. While the secret society took a back seat this week we did learn that the actor who was hired to play God once did an infomercial where he got almost peed on by Frankie Muniz (today in more sentences Kevin never thought to write). 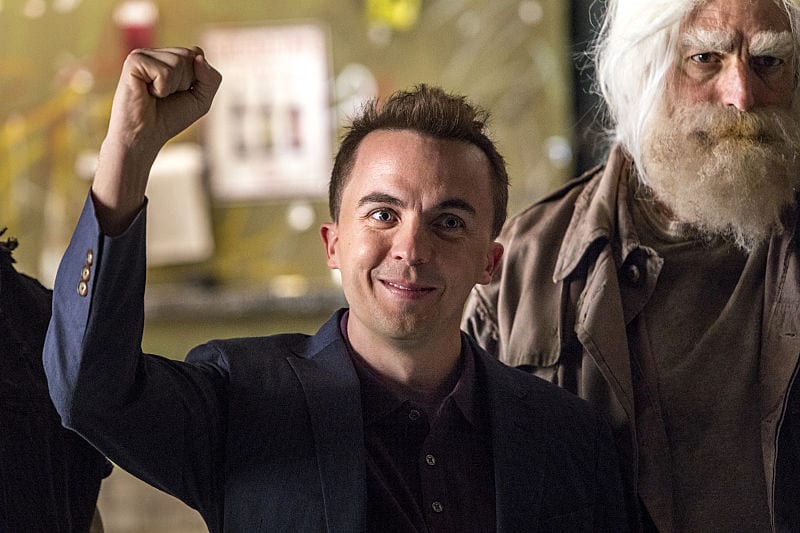 This guy did an audition tape for the role of God and apparently nailed it. Must be some feeling to be good enough to get the role but then have to get shot and killed in order to play it. How else is he going to get into Heaven? Talking to him is out of the question now, considering he’s dead and all, but it doesn’t matter because at this point Cassidy finally brought Jesse in on what was happening with Tulip. Which lead to an epic storming of the castle and maybe the best use of a Billy Joel song ever. And that’s coming from someone who lives on Long Island and can probably beat you in a “We Didn’t Start the Fire” sing off.

Turns out the people who grabbed Tulip, and apparently hate her face, for serious, are working for her husband. Yep, Tulip got married while she and Jesse were separated which would’ve made that wedding in episode two all types of invalid. This whole thing is unbeknownst to Jesse who super demon voices his way through the house before fighting the local torturer to the sounds of “Uptown Girl”. Also, great use of the tracking shot here. Listen, I don’t know what exactly Jesse’s damage is here but Fiore told him point blank that every time he uses the voice it alerts the Saint of Killer of his location yet Jesse just throws it around like it doesn’t mean anything. As fun as it is to see characters do whatever he says at some point there have to be consequences for these actions. At some point, this warning has to actually mean something. Maybe it will next week as the episode ended with the Saint of Killers heading towards New Orleans.

There you have it Geeklings. What did you think of this week’s episode of Preacher? Will Eugene be corrupted by Hell? How does Tulip having a husband change things? Does anyone else kind of want to see more of these reptile creatures trying to take over the world through popular culture? Sound off in the comments below. If you’d like to talk more Preacher with me (or anything else for that manner) you can find me on Twitter @iamgeek32. 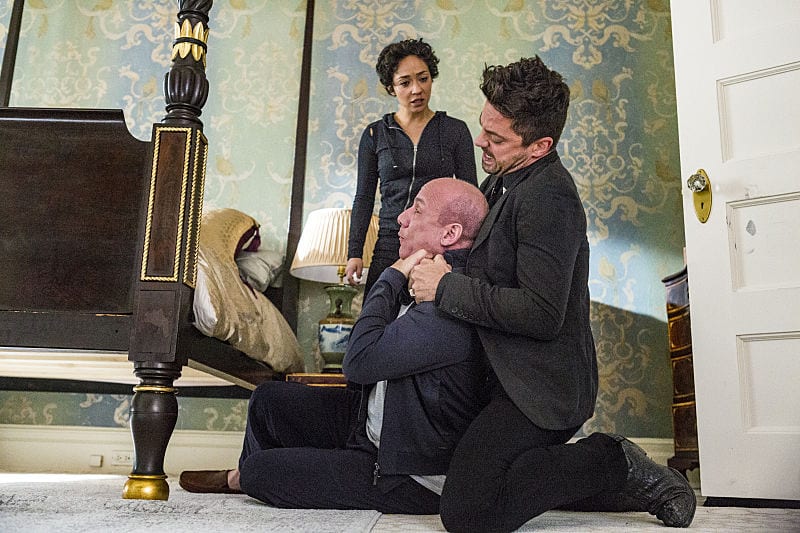