What’s worse than being sent to Hell unjustly? Being neighbors with Hitler I imagine. Man, things keep getting worse for poor Eugene. I’m curious to see what caused the cycle of awful to stop (aka reliving the worst day of your life over and over again) and is allowing the inmates of Hell to roam out of their cells. Is the devil throwing a party now that God is missing or has the freeing of the Saint of Killers lead to some sort of breakdown with how the entire system works? Things to ponder.

Speaking of the Saint of Killers, he’s still out there and Jesse just used his space demon voice (twice) while trying to get info from the smokey jazz singer, and we all know that works as a Preacher GPS for the SoK. I imagine it’s only a matter of time before he shows up in New Orleans slingin’ lead. In the mean time though Jesse gave up a whole lot of information last week awhile he flexed his Genesis muscle and it turns out our jazz singer is working with the enemy. I assume enemy because anyone with an eye like Herr Starr has got to be bad. I mean, come on, that thing was straight out of a Bond movie.

Jesse’s information leak isn’t the only problem the gang is having down in New Orleans as it appears that Tulip is trying to mend fences with someone she clearly pissed off. Last week’s episode ended with her trying to buy a pack of smokes in the creepiest laundry mat ever, only to be surrounded by what seemed to be an army of thugs. We know that Tulip doesn’t have a problem being, ummm, direct so one can only imagine what caused this massive problem for her. I’m sticking to my theory that she crossed someone she used to work with. Because ticking off criminal organizations always seems like a good idea. 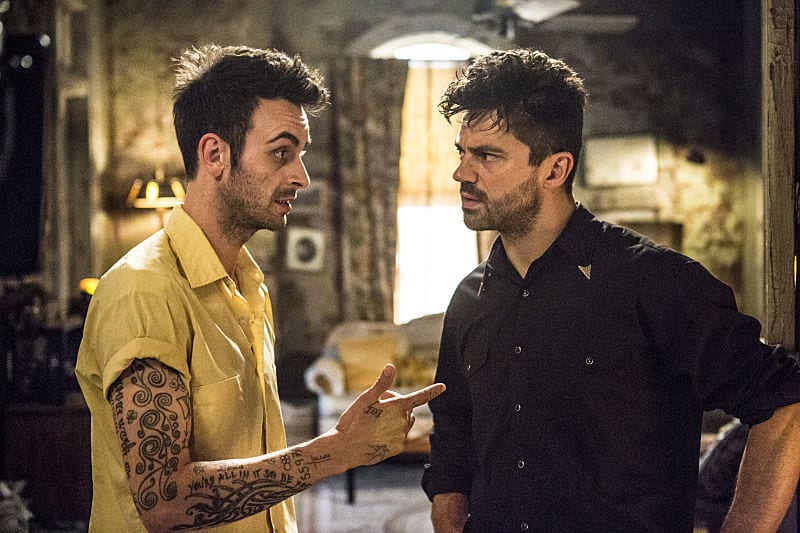 I’m sure you’re wondering what Cassidy is up to, and I’d like to tell you, but it seems a whole lot of nothing currently. The gang is currently crashing at his friend’s house, the one who speaks French and seems to loathe Cassidy, and he may have an idea where Tulip is heading but outside of that, there hasn’t been a whole lot happening on the Cassidy story front just yet. Here’s hoping that seeing the actor who played God on the television opens a door to some ridiculous story telling for everyone’s favorite Irish vampire.

There you have it Geeklings. What do you expect to happen tonight on Preacher? Is Tulip in deep trouble? When will the Saint of Killers show back up? What’s going on in Hell? Sound off in the comments below. If you’d like to talk more Preacher or anything else geeky you can find me on Twitter @iamgeek32. Happy viewing!

Images and image from AMC