After last week’s crazy premiere one had to expect Preacher to slow things down a little bit and start to settle into this season’s quest. Not every episode can have it’s foot to the floor while the Killer of Saints shoots the arms off of unsuspecting hotel patrons. Don’t get me wrong, it would probably be fun as hell (pun slightly intended) but it would be exhausting). With that in mind though I found myself unprepared for the opening of this week’s episode as it, sucker punched me right in the feels. Holy emotions. 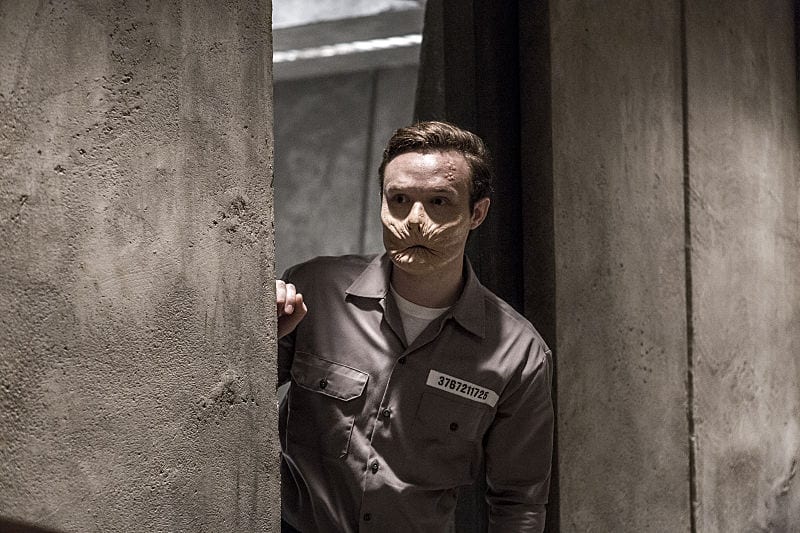 The last time we actually saw Eugene, and I’m not talking Jesse’s guilt apparition version, he was sent down to the depths of Hell by the space demon voice. If you followed my reviews last season then you know that I sort of sympathized with poor old Eugene. I didn’t condone his actions as his crime was pretty horrific, but there was something lovable about the kid and his quest for redemption. Which is strange for a character who supposedly killed the girl who rejected him. Being sent to Hell without the proper judgment felt unfair and I sort of thought of Eugene as the show’s first true casualty. I know you would probably like to argue the entire town that exploded, and I suppose that’s fair, but there was an innocence given to Eugene that wasn’t seen with the other town folks. If you recall Emily, the town’s resident sweetheart, helped kill a man for a vampire. Pretty sure there wasn’t anyone in that town who hadn’t gotten their hands dirty.

It was that innocence that always stuck out when I thought of Eugene. How could a character who committed such a vile act be so seemingly innocent? Shouldn’t we hate him? Yet, I didn’t. I never did and this week’s opening confirmed why we shouldn’t hate Eugene. In fact, we should feel even worse for him. Much like the Saint of Killers, Eugene’s Hell experience is reliving the worst day of his life (#notmygroundhogsday) and it was very revealing. In fact, it disproved the whole notion of Eugene being a killer. This poor kid was nothing more than a sympathetic friend who was at the wrong place at the wrong time. Eugene’s crime was preventing his friend from killing herself only to make the worse timed move of all time which resulted in his rejection and her attempted suicide. Seeing no way out of the situation without being blamed, sweetheart Eugene makes a desperate choice and turns the gun on himself. Enter Arseface and a lifetime of unwarranted hate and shame. Think back to every negative Eugene moment from season one, from his father wishing him dead or being picked on in school, and then watch this scene and tell me your heart just doesn’t break for him. I wasn’t ready for these amount of feels but was glad to see that Eugene wasn’t the monster the town made him out to be. Now we need to get him the hell out of Hell. 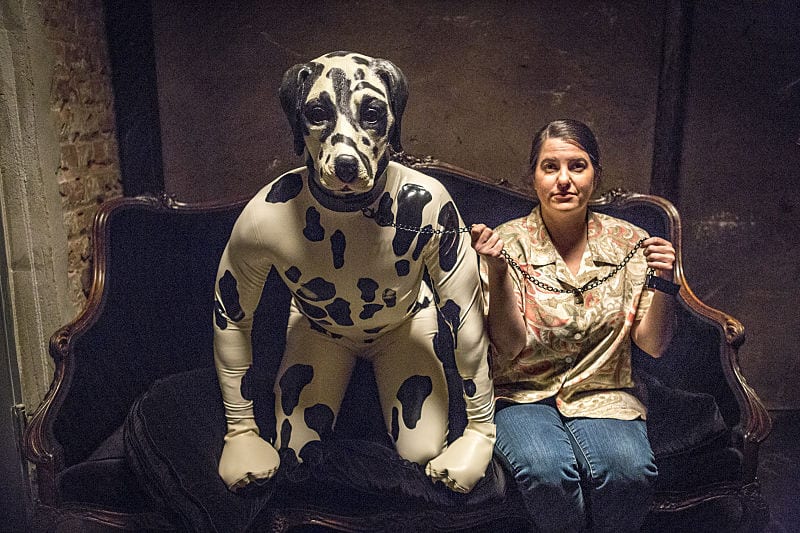 But first I suppose we need to find God, which brings our core three characters to New Orleans. It only took five minutes before Cassidy made a beads joke and I was reminded of Michael Scott shouting Titantic quotes in the booze cruise episode of The Office. Outside of that New Orleans kind of went how you would sort of expect. Besides that whole human-dog sex thing. That was freakin’ weird, but I do have a theory. Hear me out. What if that human-dog person… is God! I know, I know, I can hear you screaming at me now but there was that weird close up of its eye, that felt important, and the whole fact it felt too easy being brought to God only to find a human-dog sex thing. Wouldn’t the punchline be if it turned out that actually was God being held against his will and finding him was that easy? I don’t know, there was just something that felt off about that scene. Besides the obvious.

Moving on from that whole weirdness, Tulip played the sick card so she could stay off the streets and Jesse wasn’t buying it. Clearly, she is hiding from something said the very clever television review writer, and being in New Orleans makes her nervous. There is still a great deal about Tulip’s past that we don’t know and whatever it is that she’s scared of is enough to make me a wee bit nervous. Tulip doesn’t shake easily so I’m guessing she ripped someone very important off. By the end of the episode, Tulip had enough hiding and went to the world’s creepiest laundry mat in order to get caught by an army of thugs. Somehow I don’t see that going well and Tulip’s past somehow taking the quest for God on a detour. Also, why would anyone ever do their laundry there. Ever.

Not like Jesse made a lot of ground this week anyway. I would say he did more harm than good. For starters, he used his super demon voice twice (paging Saint of Killers, paging Saint of Killers. Hello we’re in New Orleans) and seemed to give important intel to the enemy. Let this be a lesson to you Geeklings, if there is an attractive jazz singer who uses state capitals as a way not to hook up with you and then suddenly gets kidnapped by a bunch of dudes in all white clothing and masks… something might not be right. Jesse not only revealed that he’s looking for God to this undercover Jazz singer but also that he has the demon voice super power. D’oh! I’m sure that won’t bite them in the arseface at all. Not sure if that joke worked but I laughed.

Anytime a show introduces a villain with a messed up eye you know they mean business so I suspect Herr Starr to be a force to reckon with.

There you have it Geeklings. Episode three of Preacher slowed things down a little and started to lay out the groundwork for the rest of the season. What did you think? Do you feel even worse for Eugene now? Should Jesse’s top priority be getting him out of Hell? What is Tulip running from and now to? Would you go to that laundry mat? Seriously, would you? Do you think Jesse jeopardized the mission? Sound off in the comments below or if you’d like to talk more Preacher you can find me on Twitter @iamgeek32.