If episode one was a little more subdued start to the final season then episode two was here to put the pedal to the floor and accelerated this season aggressively. Cause holy crap, right?! Ugh. I am no stranger to violence in television, you might get that impression from my reviews of shows like Preacher and The Walking Dead, but there are times where even I am taken aback. Don’t get me wrong, I can watch the cartoon/over the top violence of Preacher and not bat and eye, but something like Stannis’s treatment of his daughter on Game of Thrones or what happened to MK in Orphan Black and I can’t help but feel uncomfortable. Almost as if those actions cross the line of serving the story to borderline gratuitous. What happened to MK isn’t the defining moment of this episode but it is the moment that we walk away remembering, and I can’t tell if that’s a good or bad thing. Honestly, I was super uncomfortable watching Ferdinand taking out his suppressed B&M rage on poor little MK, awwww I loved MK, and while the scene was relatively short it seemed to last forever, and made me psychically uncomfortable. 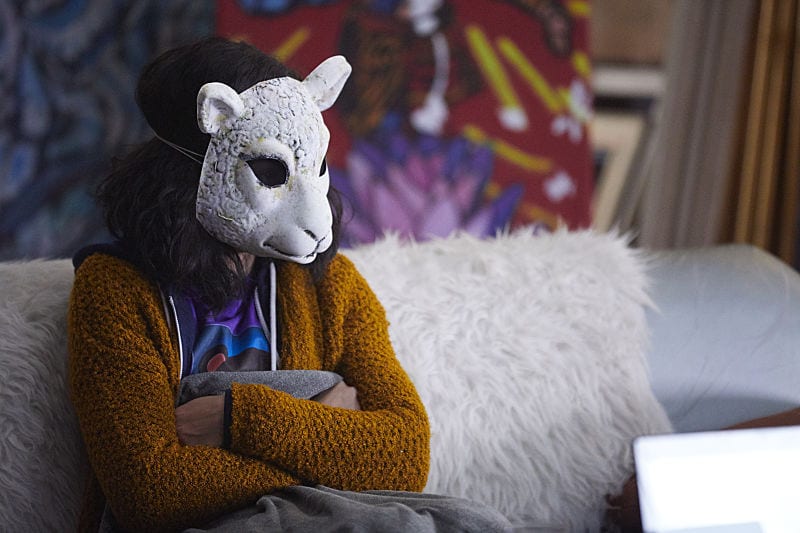 And what was it for? MK gave herself up in order to buy Sarah some time to get her family out of dodge and towards a life free of Neolution, but that’s not what happened. MK’s sacrifice was ultimately for nothing and that’s what makes the act a bit gratuitous for me. Does MK necisarrily need to survive that scene? No, I wrote in my season preview how she was kind of an expendable character this season. But could she have been taken out of the equation a little less offensively? Sure. I guess we’ll have to wait to see if Ferdinand’s actions are gearing towards a bigger conflict for this season or just the actions of a man with pent up sexual rage. I’m hoping for the former.

With all that being said, “Clutch of Greed” was an excellent episode, that I wish had been the premier as it really kicked things into gear, that was centered around the theme of choice. Each one of our characters made enormous decisions and not all of them played out the way they had expected. 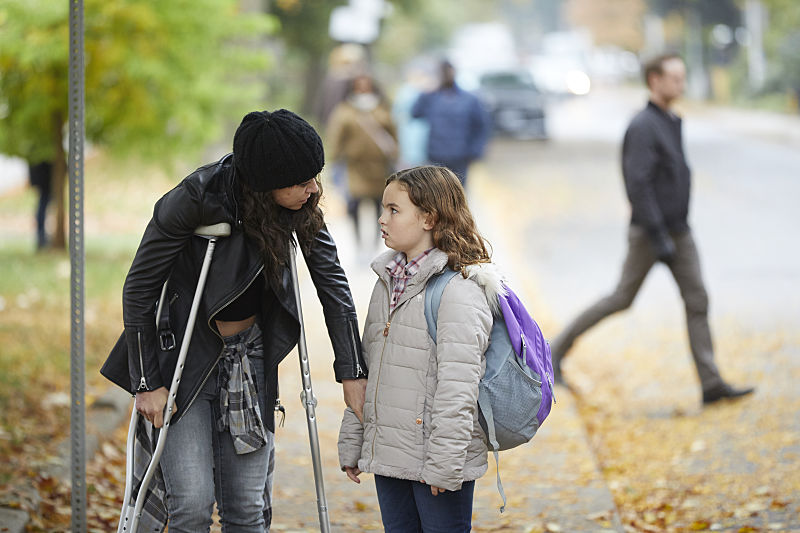 Starting with Sarah who finally decided enough was enough. She was no longer going to feel the stress and fear of Rachel and Neolution weighing down upon her and her family so she would do the one thing she does best. Run. Sarah’s plan involved “kidnapping” Kira and going underground with Felix and Mrs. S. A new life with new identifies all outside the shadow of Neolution. Walter White and Saul Goodman would have understood. My problem with this choice was the selfish nature of it. For starters it involves her turning her back on her sisters, and while it’s seemingly for a good cause, Sarah never takes the time to consider that not all involved are on board with her choice. I was more than happy to see Kira be the one to kick back.

Throughout these five seasons Kira has been treated kind of like a pawn. The majority of Sarah’s decisions have always been for the betterment of her daughter but she’s never taken the time to consider what Kira may actually want. We’ve dealt with five seasons of alluding to Kira and her “abilities” and this episode finally approached those questions head on. Kira no longer wants to be in the dark to why she is the way she is. Her ability to see things or heal like Wolverine have finally gotten to her, and now with the opportunity to learn what exactly she is, Kira puts her foot down. Much to the dismay of Sarah who hasn’t ever really looked at her daughter as a person but an object. Now after five seasons we might actually learn why Kira is kind of a super human. A person who might have naturally evolved without the direct aid of science. Yes, she’s the daughter of a clone and that’s some pretty big science, but outside of that Kira is a person who has inherited some sort of abilities that no other human has. Her refusal to run not only makes her a person, but opens the door to some serious answers.

Elsewhere Rachel, who I’m not giving up on, has decided to embrace her role in Neolution and allow it to center her. I still don’t think that her actions are currently coming from a bad place, outside of that snarky look at the end the episode, and that Rachel is looking more big picture opposed to petty revenge. She helped administrate a cure to Cosima, that appears to be working, and seemingly wants to help Kira not only discover her potential but also to discover where she falls in this whole advancement of science. Rachel’s decision is what propels Ferdinand to act the way he does as he disobeys Rachel and takes her rejection out on poor MK. With Rachel’s dismissal of him at the end of the episode one has to wonder if we’re gearing up towards Ferdinand being the big villain for the back half of the season and perhaps someone to unite the Clone Club. 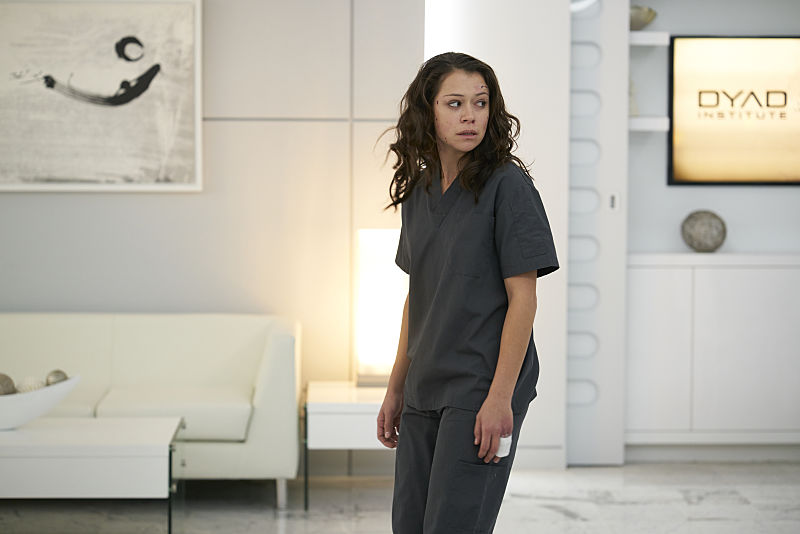 Then there’s Helena who went into full survival mode and decided that she knew what’s best for her babies not the hospital. Of course she doesn’t understand the difference between a Neolutionist and a neurologist, but that’s not the issue here. Helena is tired of being a lab rat and refuses to let her babies go through that. She knows that they’re special, like cousin Kira, and that can be seen with their ability to heal from the stick wound while still in the womb. It appears that Helena is reverting a bit back to the Helena of old and I’m wondering where she told Donny that she’s hiding out. My money is on the church.

“Clutch of Greed” was a heavy episode that really picked up the tension for this final season and started to put our characters in their positions on the board. We have our first causality of this final season and it seems that our characters find themselves in new roles as the accelerator continues to pick up. I turn it over to you now Geeklings. What did you think of this weeks episode? Did you think MK’s treatment was just or was it a bit much? Were you happy to see Kira stand up for herself or more worried than ever? Sound off in the comments below or you can find me on Twitter @iamgeek32 if you want to talk all things Clone Club.

Home » Featured » Orphan Black Review- What Am I?