Last week’s episode of Orphan Black brought about this seasons first casualty with MK, and while I’ve voiced my displeasure about said death, there is still a great deal of fall out to behold. Of course there is considering were only two episodes deep on this final season.

While MK sacrificed herself so Sarah, Kira, and family could get away, Kira put her tiny little foot down on that adventure choosing to stay with auntie Rachel so she can figure out just who she is. I was happy for Kira in this moment, mostly from a selfish standpoint, as I too want to know what the hell Kira is. She has the ability to see the future or sense the other Sestras and to heal like Wolverine. Car accidents can’t stop this tiny little child of a clone. Now with Rachel in charge I think it’s time that we start to get some answers that will also lay the ground work for Helena’s little ones. You know, the ones that get stabbed by a stick while in the womb but still have that super healing factor. Those ones.

Things to keep an eye on are Kira’s relationship with Sarah. As Kira begins to learn things about herself and her abilities is there a chance that she’ll see Rachel more as a mother figure and pull away from Sarah? Is it possible for Sarah’s aggressive behavior to push Kira in that direction? 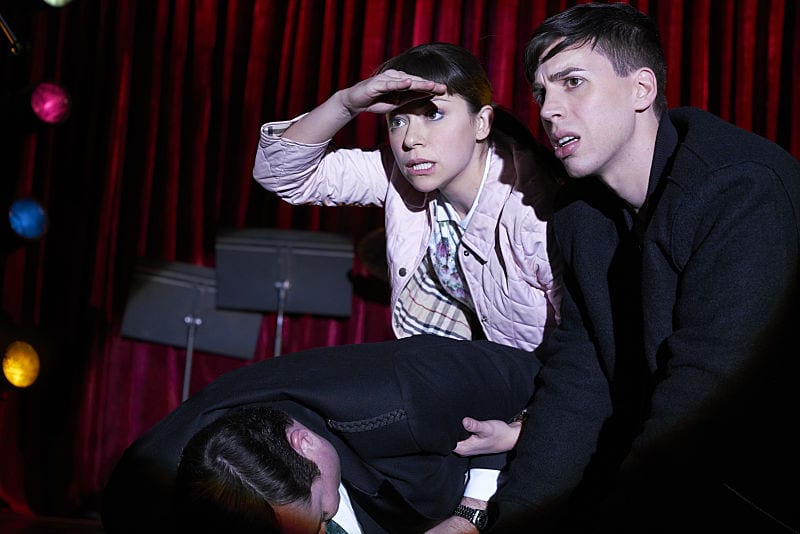 Surprisingly quiet thus far this season has been Alison as the Neolutionists kind of have put her back against the wall. It appears that this weeks episode puts her back in the forefront of things as Alison deals with Alison type things, as in, things that are not hugely importantly to the great conspiracy but hugely important to Alison. This seasons theme seems to be the consequence of choice and Alison currently has very little right now, I’ll be interested to see just how she responds as the Neolutionists continue to pull her strings. I’d be really happy if this episode lead to an Alison/Felix team up. Those always tend to make me happy.

Where did Helena go? Is this going to be another one of those seasons where she’s gone for long stretches of time or will this episode pick up with the secret location she gave to Donnie?

Finally, what do you think Delphine had to tell Mrs. S? Sometime tells me that things on the island aren’t exactly what they seem (duh) and that Cosima and the rest of the Clone Club could find themselves in some serious trouble.

What do you guys think? Will we learn anything about Kira’s powers now that she’s with Rachel? Can Sarah cope with Kira’s decision? What will Alison do with her back against the wall? And what info does Delphine have about the island? Sound off in the comments below. If you’d like to talk more Orphan Black with yours truly you can find me on Twitter @iamgeek32. Happy watching and see you back her with an episode review later.