Now we only have nine episodes left (*sigh*). Season five kicked off in a big way last week that saw the Clone Club with their backs against the wall. Apparently the Neolutionists are moving in with their end game and one has to wonder why they didn’t do this sooner as they were leagues ahead of the Sestras here. Currently Cos is being possibly manipulated by Rachel and her use of the Clone Virus cure, Alison has been dragged out of the woods and being held hostage, Helena currently has a stick in her pregnant belly from fighting, Kira and Mrs. S are kidnapped, and Sarah just took a tranquilizer dart to the neck.  Yeah, I’d say the score is pretty much in favor of the Neolutionists at this point.

It can’t stay that way forever though, right? I would hope not. After four seasons of battling each other I can’t really think of something that would unite the two groups. Especially with the Castor clones being all types of gone. The only thing I could possibly think of is whatever is in the woods hunting animals and occasionally attacking Sarah. But that seems like a loose thread. I’m not ready to give up on my idea that Rachel might not be the big bad this season. Based off of last week there was something different about her. Maybe she had found inner peace or maybe she’s been misunderstood this whole time, but she gave Cos the cure and that’s something to be celebrated. Does this mean that the human bear monster in the woods will be the big bad? No, but it’s something to consider.

The real big questions going into this week though are what happened to Helena’s babies and where is Kira being hidden. Helena’s pregnancy is a huge deal especially when you consider that Sarah is the only other clone who has been able to get pregnant. I’m scared though because that stick was not in a good location and if Helena loses one of the twins I worry that we’ll lose her. It’s clear that Helena is the character who has changed the most since the start of the series, going from heartless clone assassin to finding solace and love with her family. I worry if the twins are lost if she’ll revert back to season one Helena (in mind set) or maybe something even more extreme. 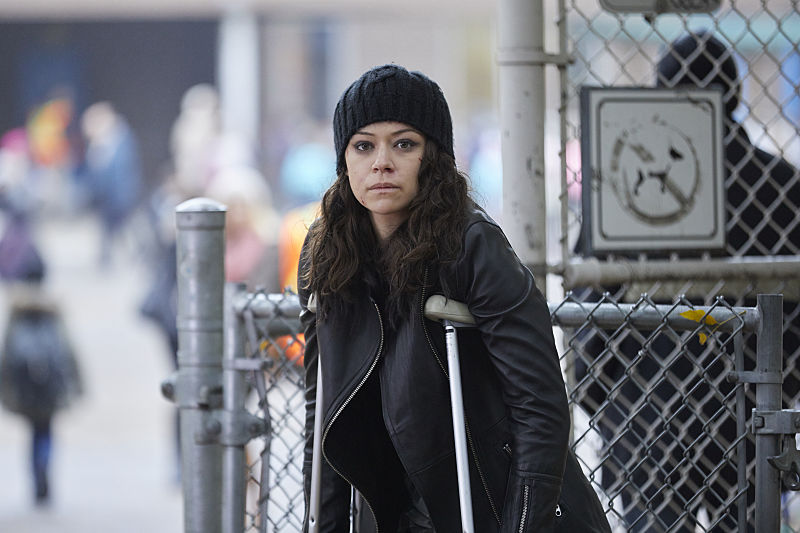 As for Kira, Orphan Black has hinted at her importance for a number of seasons but nothing has really paid off from it. She was able to help keep Cos alive, and that was great, but home girl got hit by a car in season one and pretty much Wolverine’ed herself back to good health. That’s not normal. There is no real surprise that Rachel wants to study and test her but Sarah isn’t really so keen on the idea. If I’m going to stick to my guns that Rachel isn’t the mega villain this season I have to believe that she’s going to have a heart to heart with Sarah and explain just why Kira is important to the movement and possibly the future.Will Sarah listen? Probably not but Kira seems more like an anomaly or scientific wonder.

There you have it Geeklings. New Oprhan Black tomorrow as we continue down the road to answers and possible closure. Do you think Rachel can be trusted? What’s the real importance of Kira? Are Helena’s babies alright? Sound off in the comments below. As always if you’d like to chat Orphan Black or anything geeky you can find me on Twitter @iamgee32. I’ll be away this weekend so my review of the episode probably won’t be up until Monday (sorry), but after that I suspect I should be right on schedule. Happy viewing!

Image and trailer from BBC America