And so begins the end. Orphan Black returned last night for it’s fifth and final season and completely reset the board in doing so. One of the main objectives throughout the course of the series was the Clone Club battling the bigger conspiracy to keep it at bay and keep their freedom. Last night we saw a dynamic shift in that balance as the Neolution movement seems to be in charge of everything. Seriously, these guys are every where. I won’t say that everything the Sestras have been fighting for was wiped out but they are now all at the mercy of Rachel, the Neolutionists, and presumably a creator who is 170 years old. Hey, it’s still Orphan Black which means the science is going to be crazy and weird, but that’s what we love about it. 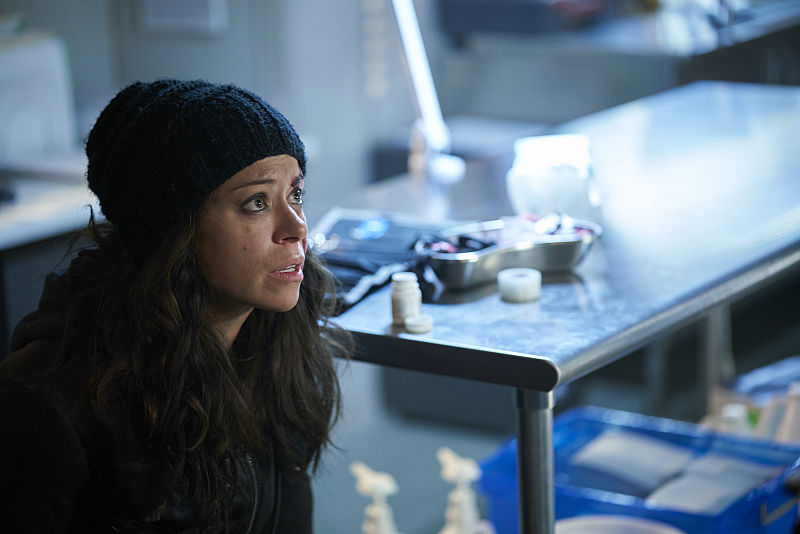 Rachel’s power move last season seems to have legitimately worked and suddenly she doesn’t seem like a pawn in a bigger game anymore. In fact last night she came across as the game. Rachel’s murder attempt on her mother, Susan Duncan, has seemingly catapulted her to the front of the line in the Neolution movement and for the first time since she was introduced, I kind of didn’t hate Rachel. Hear me out. This is her mission. This is what she was created for. Yes, of course she’s still super shady and untrust worthy but putting her in a position of legitimate leadership has raised more than just an eyebrow from me. Now I’m like, “could Rachel maybe not be as bad as we thought she was”? Chances are I’m wrong and Rachel is still as evil as ever, buuuuuuut last night she took some actions that could point to a new direction, and I’m not just talking about her empowered speech at Camp Weird Science.

I think her interaction with Cosima might have really hinted in that direction. If you remember last season the two of them had a bit of a bond going as in Cos didn’t really trust her but was willing to give her the benefit of the doubt and work together. I almost want to say the Cosima felt sort of bad for Rachel. One hates to use the pity word but I think Cos understood Rachel’s torment a bit and allowed her to be more accepting of the clone who once had a pencil shot into her freakin’ eye! Perhaps there is some mutual respect here? How else could you explain Rachel calmly assisting Cos in administrating the cure to the clone disease? Well, it’s rather easy to explain that actually. Win Cosima over and you might be able to win the others over too. Clearly a strategic move but something about Rachel in that scene made me want to believe that she’s treating her “sisters” like people instead of objects. I can’t wait for this theory to blow up in my face. No matter how you slice it, Rachel helped administer what seems to be the clone illness cure to Cosima and that’s a big deal. 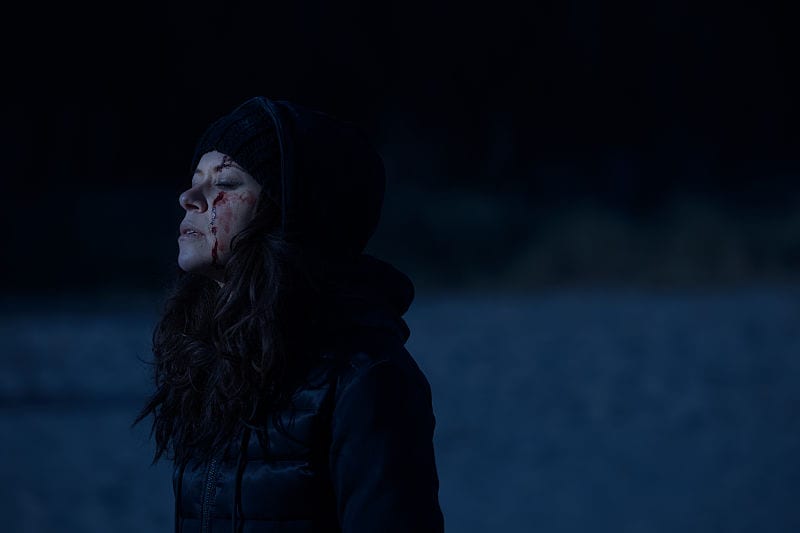 The easiest counter argument to make to here is her relationship with Sarah, and I get that, but outside last seasons murder attempt (not helping) I didn’t get the “I want to kill you” vibe from Rachel in regards of Sarah this episode. Sure shooting a tranquilizer dart into someone’s throat is never the best way to start a peace accord, but when has Sarah really displayed the mentality to reason? Hell, in this episode she left in a huff when Cosima said she wanted to stay and explore Camp Weird Science. Don’t you think we’ve reached a point where she would support and understand why Cos needs to stay behind? I know this review is coming off as “Kevin Loves Rachel”, and while that may have been true during the first four or five seasons of Friends, it’s more of a “Kevin Sort of Maybe Understands That Rachel Is Doing What She’s Made For” (long title). Let me lay it out to you this way, you have a dream or a destiny. Something you’ve been taught to believe is your life purpose, and it’s taken away from you. You do everything within your power, no matter how crappy, in order to ensure that you get that dream back. That kind of seems like human nature, but once it you do achieve it again you don’t really need to be a bag of d’s anymore. You can settle into the position and do what you were meant to. I don’t know. I feel like I’m trying to defend myself a bit too much right now.

With Rachel at the helm though it seems that Neolution is clearly ahead of everyone else. Mrs. S and Kira are both missing. Alison has been kidnapped, in my favorite scene, as Donny and his suitcase scramble through the woods for Helena. Art now has a new partner who awkwardly wears really cliche and cheesy leather jackets who is super Neolution and threatening his daughter. And Felix is dealing with some mysterious guy who wears a necklace instead of a tie. If we have moved into the end game then Neolution is running the board. Is this really the first step to a truce or part of a bigger plan to get rid of the opposition? Maybe a little bit of both?

There you have it Geeklings, the first episode of Orpahn Black is in the books and there are only nine left (insert sad emoji face here). This episode had one of those Empire Strikes Back type feels to it as the bad guys look to be in charge. Where do you think we go from here? Is Rachel still the major threat or can we start to maybe trust her a little? Did Cos actually get the cure to the clone illness? Is she finally safe? What do you think that creature in the woods is? Has Neolution really put themselves in a place to win this war? Sound off in the comments below. As always if you’d like to talk Orphan Black or anything else geeky you can find me on Twitter @iamgeek32. Feel free to tweet at me and tell me my theory is crap. I think I already know that… maybe. 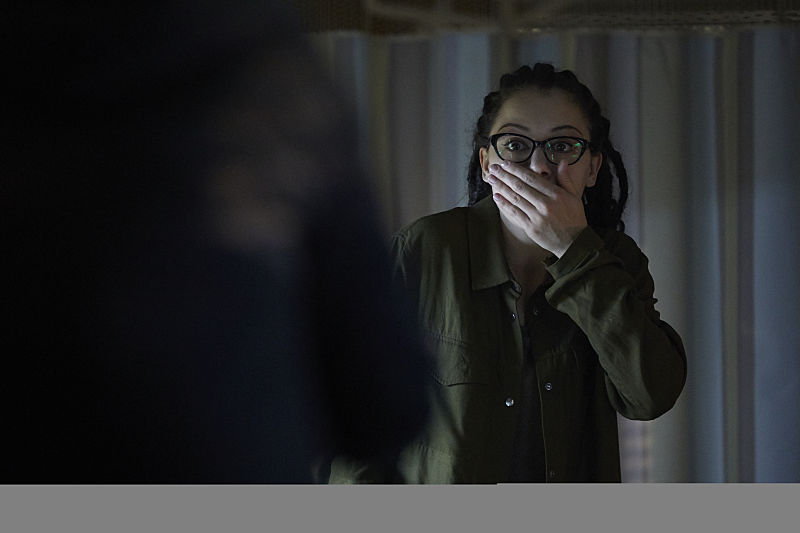