After four and a half seasons, countless characters, a number of awards including one Emmy, I think it’s safe to say that Tatiana Maslany is pretty good at what she does. For serious. This week’s episode of Orphan Black helped to drive that point home. It’s easy to get swept up in the fact that this is the shows last season. With that train of thought, one can’t be faulted in thinking that each episode will be nothing but answers, death, and resolutions. But it’s when the show pauses to give us those epic character moments that really drives the ending home. “Beneath Her Heart” was one of those episodes. 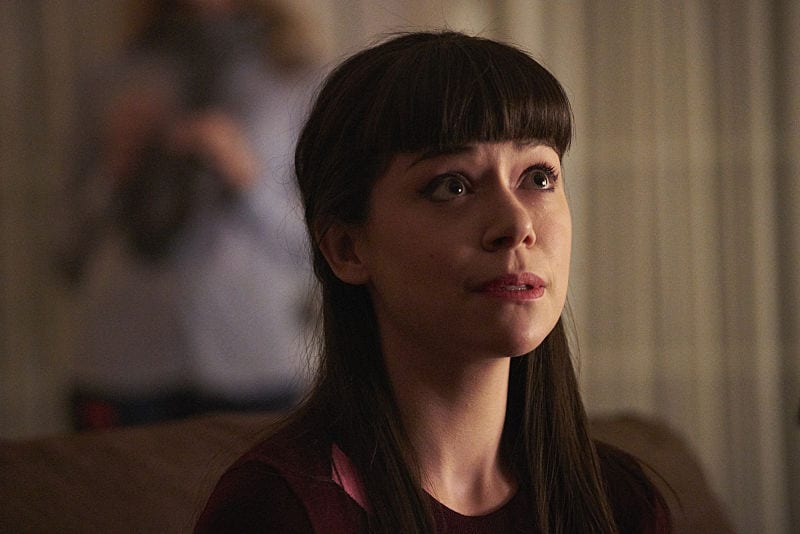 You know, it wasn’t until this episode that I realized just how far removed from the overall clone conspiracy Alison Hendrix is. It seems that her tenure on Orphan Black has been to play a little as the comedic side. Her antics with Donnie are used in order to break up the heaviness of the overall conspiracy theory and to allow the show to have a little bit of levity. To that degree, Alison played her part perfectly but I never really noticed that she only played bit parts when it came to fighting Neolution. Sure, dressing up as Sarah here or perhaps delivering a severed head of a mad scientist there, but no matter how you slice it, Alison has kept herself as distanced from this whole thing as possible. And what has that resulted in? Mainly the deteriorating of her quiet domestic life. Ignoring the larger issue at hand has quietly derailed the tidy life of Alison Hendrix, and this week we saw the wheels fully come off while also resetting.

“Beneath Her Heart” wasn’t an episode meant to be comedic levity, although it definitely had its moments, Donnie’s super high, for instance, it was meant to show that this character that we’ve been laughing with for four and a half seasons actually has a bit more beneath the surface than maybe we thought. When you think of Alison you think of the ridiculous sweaters, the church groups, her neatly organized craft room, and all the comedic value that comes with her personality clashing against other characters like Sarah or Helena. What we fail to see is a woman who is searching for her identity and there aren’t enough church socials or bake sales in the world to help her with that.

Tatiana Maslany delivered one of her best performances to date as she displayed an extremely raw and vulnerable version of Alison. Maslany’s performance strips away all of the prim and properness of Alison and delivers us a character who is searching for meaning and direction. A woman who, up until this point, hasn’t really carried her share of the burden. That’s why the speech to the community is so perfectly Alison. It allows us to see her inner pain as well as her realization that there is something bigger out there waiting for her. The flashbacks were perfectly orchestrated this week and helped to drive the point of a woman looking for meaning in the endless sea of life. 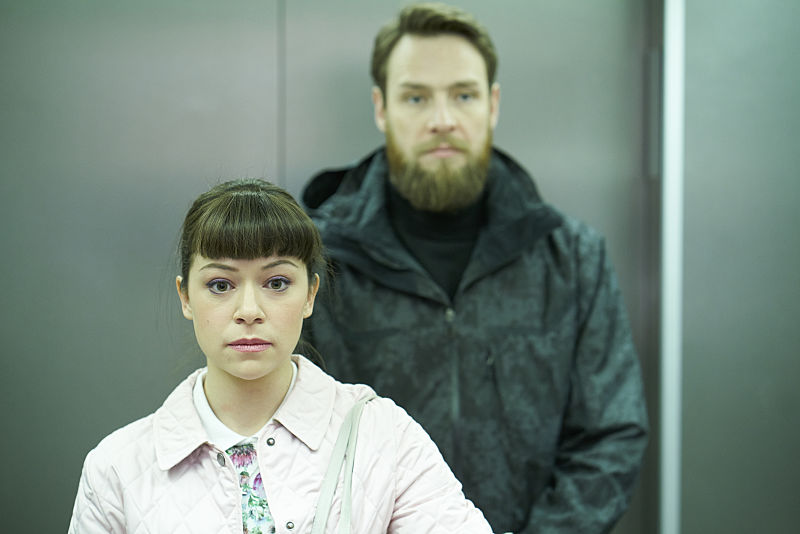 While “Beneath Her Heart” didn’t greatly advance the overall narrative it provided my favorite episode of the season thus far. Seeing Rachel and Alison interact for the first time, well, Alison’s first time as Alison, was everything you would want it to be. Rachel and Alison are clearly the two clones who are the most in control of their environment at all times. Strict rules and guidelines and perhaps a lack of sense of humor, but if life events were different then I could see these two women sharing a cup of tea while comparing swatches or recipes. Yet life events are what they are and Alison delivering the head of Doctor Leekie is enough to get the Neolutionists off their back, keeping her family safe and out of jail. I really loved Rachel’s composed “I would rather like to crush your throat” (paraphrasing) comment, but the fact that she doesn’t do that shows that Rachel is still growing. Yay Rachel…?

Alison’s big win brings about a small sabbatical for the character as she looks to gather the kids and go find herself a little bit. In no way do I think this is the last we’ve seen of Alison Hendrix but in a lot of ways, this episode felt like her goodbye. A way to bring peace to a character who has struggled for normalcy in a life that won’t allow it. If it does end up being the last real moments we share with Alison than I’d love to hold on to that image of her and Donnie singing together. It would be a perfect send off to Orphan Black’s resident soccer mom.