A couple weeks ago, Trainers at the Pokemon Go Chicago Event faced Legendary Pokemon for the first time and Legendary Raids were introduced. What followed was a massive resurge of Pokemon Go players fighting to capture Lugia and the Legendary Bird Trio of Articuno, Moltres and Zapdos. Now we have a new mechanic and Legendary Pokemon to fight for as this past weekend brought the Pokémon GO Stadium event in Yokohama, Japan where trainers got to face the most powerful of Legendaries. Though these battles won’t be like other Legendary Battles, but rather pay a wonderful homage to Pokemon Lore – both in-game and in the anime.

In Pokemon: The First Movie, Mewtwo didn’t just appear but rather invited the strongest trainers to come to him. Similarly in Pokemon Go, Mewtwo will be a part of a new gym mechanic called Exclusive Raids. As the name suggests, Exclusive Raids are exclusive and you can only participate if/ when you’re invited to one. So how do you get invited? 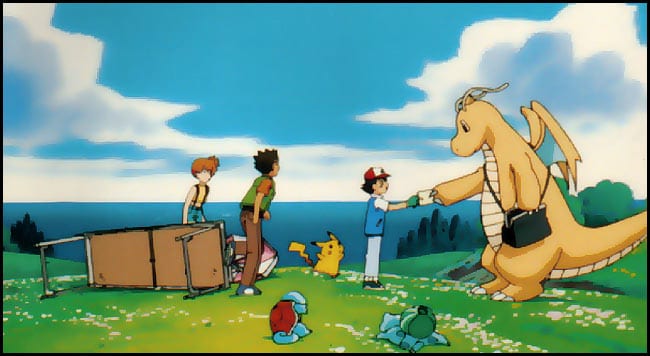 Well according to Niantic, you can only get invited to an Exclusive Raid if you’ve recently  beaten a Raid Boss there – how recently remains to be seen. This is also reminiscent of Mewtwo in-game where you were only allowed access to his cavern AFTER proving yourself against the Elite Four. The invitation to these events will come with ample warning so you have plenty of time to coordinate with others. Now it’s also unsure if trainers invited to Exclusive Raids can invite other players in as well, but this certainly changes the meta game as it’s no longer about finding “someone else around” but finding “someone else with the invitation”. The best way to prepare for this seems to be to do daily raids in your immediate area so you are ready for whenever Mewtwo might appear.

Though getting invited us just the first part, you have to beat Mewtwo. And considering Mewtwo’s strong typing and very few counters this Gen, you better stock up on your Tyranitar as its raw power, Dark typing and STAB moves will do the most damage. Gengar is good as well, but will only survive a few hits as Gengar’s dual Ghost/ Poison typing leaves it weak to Mewtwo’s Psychic attacks. Beyond these, go with your highest Damage output that aren’t weak to Psychic: Dragonite and even Lugia – if you caught one – is a great idea!

There’s no word yet on how long Mewtwo will be around, but i think the lack of mention of a ‘end date’ and the idea of ‘Exclusive Raids’ point to him being around for a while. Additionally, if you didn’t get a chance to catch Lugia or the Legendary Bird Trio, they ALL will stick around until August 31s. After that… well maybe my Ho-Oh & the Legendary Beast theory will come true – since Pokemon Go is taking time to put some lore in the game.

Home » Fandom » Like ‘Pokemon: The First Movie’, You Must Be Invited To Face Mewtwo in Pokemon Go