Welcome dear readers! If you are new to following this series ‘Laughter Really is the Best Medicine with’ this my project to bring smiles and laughter to you. I have the wonderful pleasure of watching the stand-up acts of comedians and then talk with them. After the show, I sit down and talk with them about their career, their past projects, and future ones. The Stardome Comedy Club in Birmingham, Alabama works with me on this project because they also want to see the world laugh more.

This article I got to catch comedian John Jacobs on stage. John was in the 4th grade when he realized he could make those around him laugh. After losing his mom at the age of 16, that directed him towards comedy even more. So right out of high school, he started his comedy career in the Washington D.C. area. 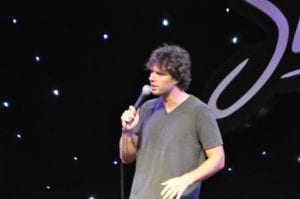 John is also working on his first comedy music album which is due to be released on Christmas. He is currently filming videos to go along with the album. He hopes to get back to television as well not sure if he wants to do more reality tv but I know he would like his own “special”. 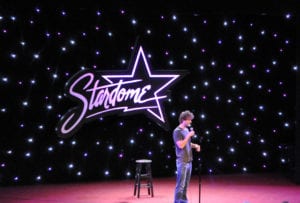 I truly enjoyed the time I spent with John. If you have the chance to check out his stand-up act at a comedy club near you I suggest take the night and go up have a drink and enjoy a great night.