Ichidant-R, a unique and quirky – albeit rather frustrating – puzzle game, is fun while it lasts but the lack of mini game diversity hampers what is otherwise a fun, if short, jaunt through this retro world.

If you’ve never heard of Ichidant-R, don’t be surprised – it was never released in America. Essentially, Ichidant-R is a collection of mini-games with a basic back story in place to give you a reason to press on. You are a hero sent to save a kidnapped Princess, to do this you must fight your way through four castles, each larger than the last, before ultimately facing the final boss.

The Sega Ages version features both the Arcade Mode and the Mega Drive mode. While both share the same story and mini games, the Mega Drive version has an overhead world similar to The Legend of Zelda in which enemies pop up randomly and challenge you to a mini game while the Arcade version has you enter a series of rooms guarded by an enemy in which you must complete four mini games to proceed.

Ichidant-R features 20 mini games which are chosen at random in each area you enter. In Arcade Mode you do have a bit of freedom to choose which game you want, as four are displayed at once and you just need to stop on whichever one you would like to play – but you have no choice over which four will appear and upon completing one, you have no choice over which game will replace it. 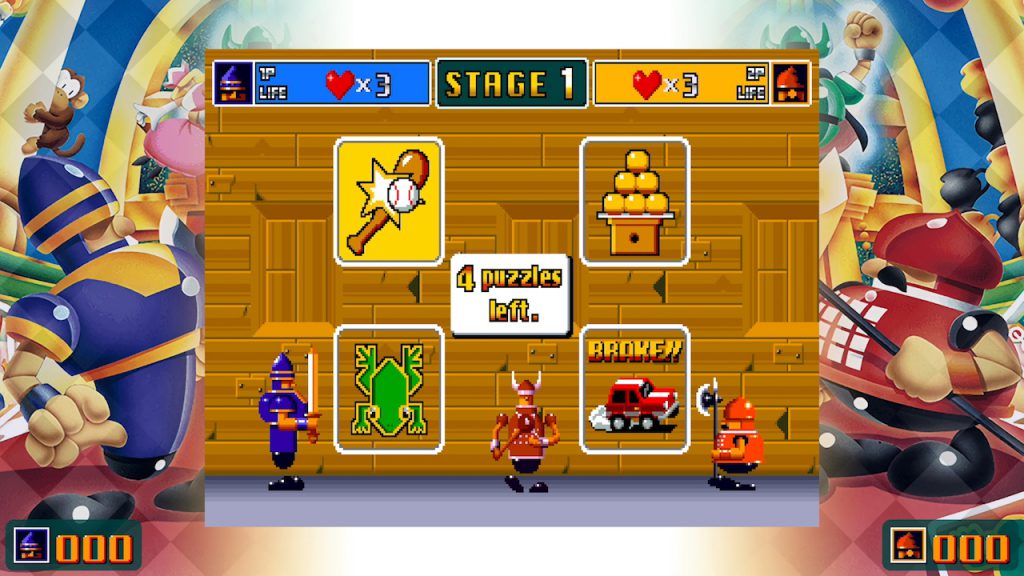 The games, while varied and rather quirky in tone, are hit and miss in terms of their fun factor. Some are downright frustrating, relying entirely too much on pinpoint accuracy or incredibly sharp eye skills, while others strike a great balance between being fun yet challenging.

Throughout your adventure you’ll find yourself helping a conductor with his symphony, using a crane to move gold vases, figuring out which coffin Dracula is resting in, stopping a thief in his tracks, helping a bird gather apples for her nest, matching up dancing monkeys, counting how many fish are in a tank, counting how many people are on a train, trying to stop a car before plummeting off a cliff, figuring out which room a girl is hiding in based on only shadows, attempting to catch balls on a stick, helping frogs find the correct lily pad, and more.

None of these games have anything to do with Ichidant-R’s setting, which surprised me at first but led to quite a bit of fun as I consistently wondered which game might come next.

The Arcade Mode features four levels, the first hosting 4 mini games, the second hosting 8, the third hosting twelve, and the last hosting sixteen. I had hoped new games would appear throughout but by the 3rd level you’ve more than likely seen all the game has to offer. The only changes between worlds are the amount of times you must correctly complete a task to proceed.

At first you need to only complete a task three times to proceed, but by the end you may need to beat a game upwards of seven times. This is especially frustrating if you get stuck with a batch of games which you are not good at. I’ll admit there were more than a few times I contemplated quitting, but I am nothing if not stubborn and refuse to review a game before I’ve completed it. 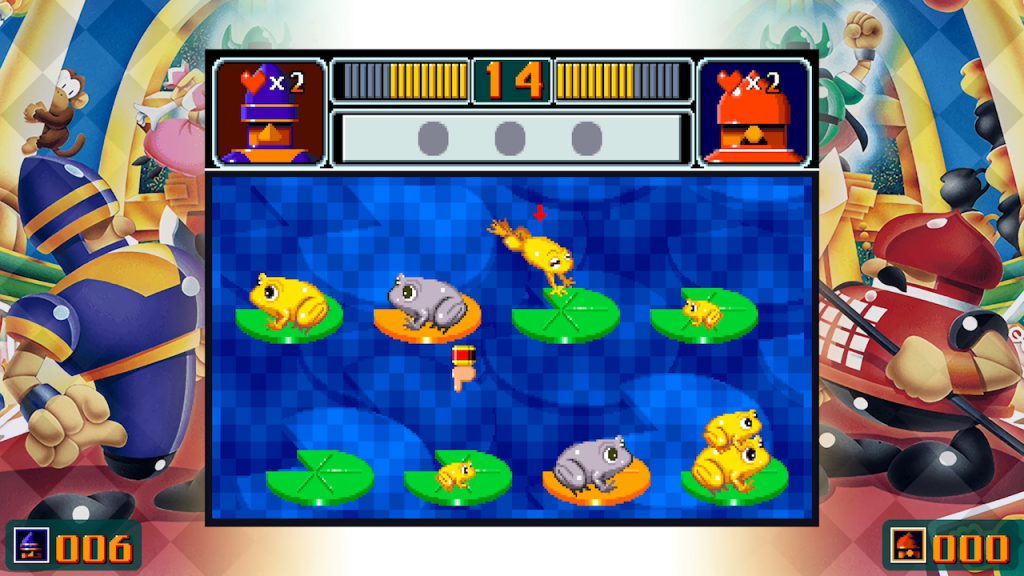 Like all Sega Ages classic, Ichidant-R boasts an impressive amount of options. You have the aforementioned Arcade Mode and Mega Drive mode, but you also have online play, couch co-op for up to four players in a free play mode, online ranking boards, play replay, and more.

The game is presented in its original resolution and as such features a boarder around the play area. The game, originally released in 1995, shows its age – but you know that before ever picking up a Sega Ages classic. As is, the game features blocky – yet quirky – characters and a sense of humor which helps Ichidant-R stand out a bit from other Sega releases.

Overall, Ichidant-R is fun for a few hours of game play and worth picking up as Sega Ages classics are normally only $7.99. My suggestion is to grab a friend and compete, it may not be Mario Party, but it is still worth a look.

Ichidant-R is available now on the Nintendo Switch console. Special thanks to Sega for providing Fan Fest News with a code of Ichidant-R for the purpose of this review.