Space Harrier is a well known Sega classic and the Sega Ages version brings this definitive adventure to home consoles in all its fast paced shooting glory alongside a few neat features and a second play mode. 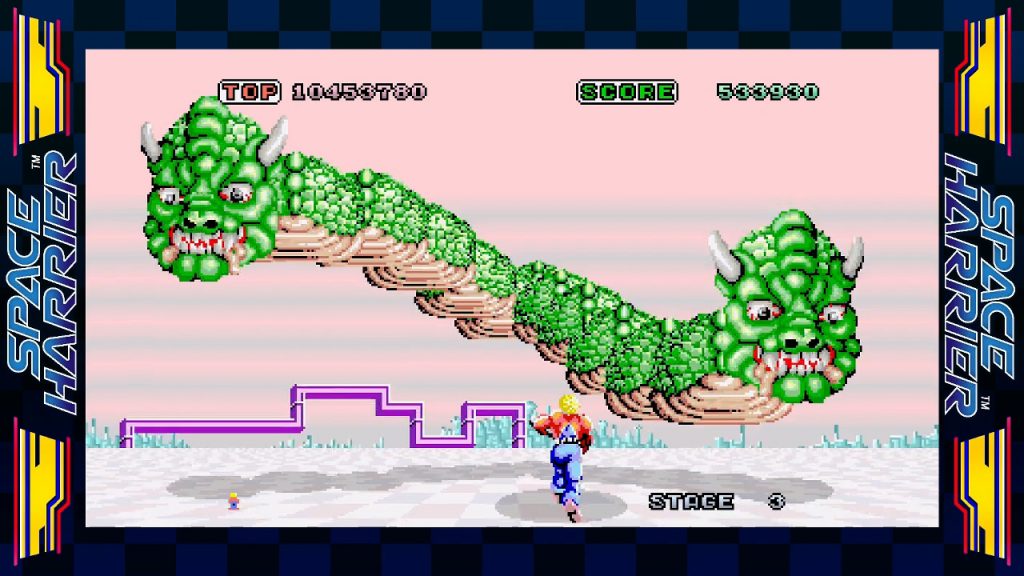 For those unfamiliar, Space Harrier is a fast paced, straight forward flying shooter with varied locations and enemies which relies solely on quick reflexes to master. There are eighteen levels, including two bonus rounds, with each level becoming more hectic than the preceding. The game quickly moves from merely fast paced to sheer and utter chaos. It’s glorious.

Armed with only a gun, you must dodge and attack nonstop throughout the game’s frantic hour or so of gameplay if you hope to see the end. Bosses, walls, and a non-stop barrage of enemies will stand in your way on your ride toward freedom.

There’s no story to speak of. You are thrust immediately into the gameplay and are assaulted with a onslaught of lights, bullets, obstructions, and bosses before you have a chance to think of why you are fighting. From the moment you take off to the moment the last boss is defeated, you’ll barely have a second to breath, much less wonder why any of this action is occurring. 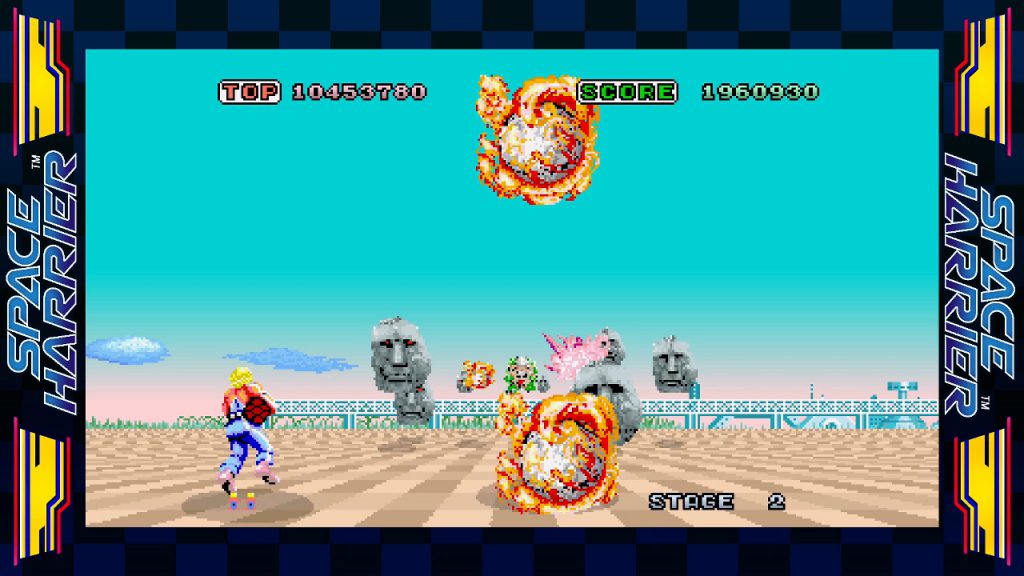 Despite being nearly thirty five years old, Space Harrier still holds up. Its relentless action and break neck pace keep the player immersed from the moment the game begins until the end of the nerve-racking boss gauntlet in the last level.  I had a ton of fun reliving this classic and found myself challenged yet still capable of completing the game if I took my time.

Of course, as with all Sega Ages releases, there is the option to Save and Load your game so if you’re dealing with a particularly nasty level or boss you can always save and reload until you beat them. Sure, this may be cheating – but this game is thirty five years old now, who cares?

Completion of the base game unlocks an unlimited continue mode, taking the stress out of subsequent playthroughs as it removes the three continue barrier. 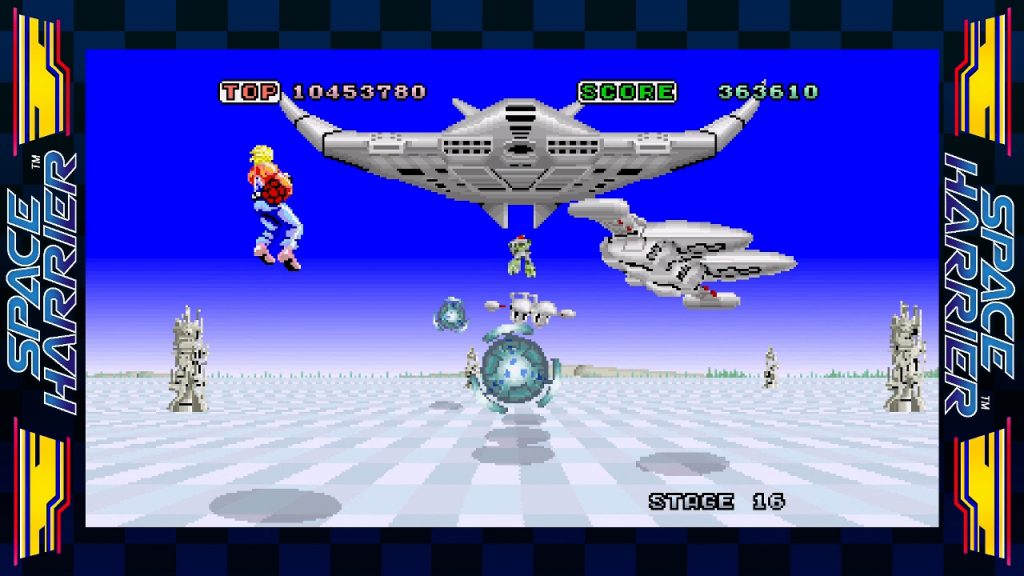 There is also an KOMAINU Barrier Attack mode, which is essentially the main game but now your character boasts the ability to call on Komainu to create a barrier around them which will destroy anything in the landscape, but will not save you from enemy fire. The barrier can be destroyed though, so while this mode is easier than the base game, it still presents a bit of a challenge.

Space Harrier also features online ranking boards and the ability to replay part of your playthrough.

While Space Harrier may be old and rather outdated, it still has a certain charm absent from many modern day games. Fast paced, frantic, and immersive, Space Harrier is more than worth the $7.99 price point.

Space Harrier is available now on the Nintendo Switch console. Special thanks to Sega for providing Fan Fest News with a code of Space Harrier for the purpose of this review.