If you’re a fan of The Walking Dead, chances are you’ve heard of Cynthiana, Kentucky. In the comic book series, Rick Grimes wakes up in a hospital to find out that Cynthania, his hometown, has been overrun by zombies with just about everyone evacuated or dead.  While in the television series, Cynthania was swapped for Atlanta, fans of The Walking Dead still value the Kentucky city and the city values the fans just as much.

As a matter of fact, Cynthiana values The Walking Dead so much that an impressive mural was put up in the city just weeks ago and as soon as we heard about it – we had to check it out.  We were not disappointed. 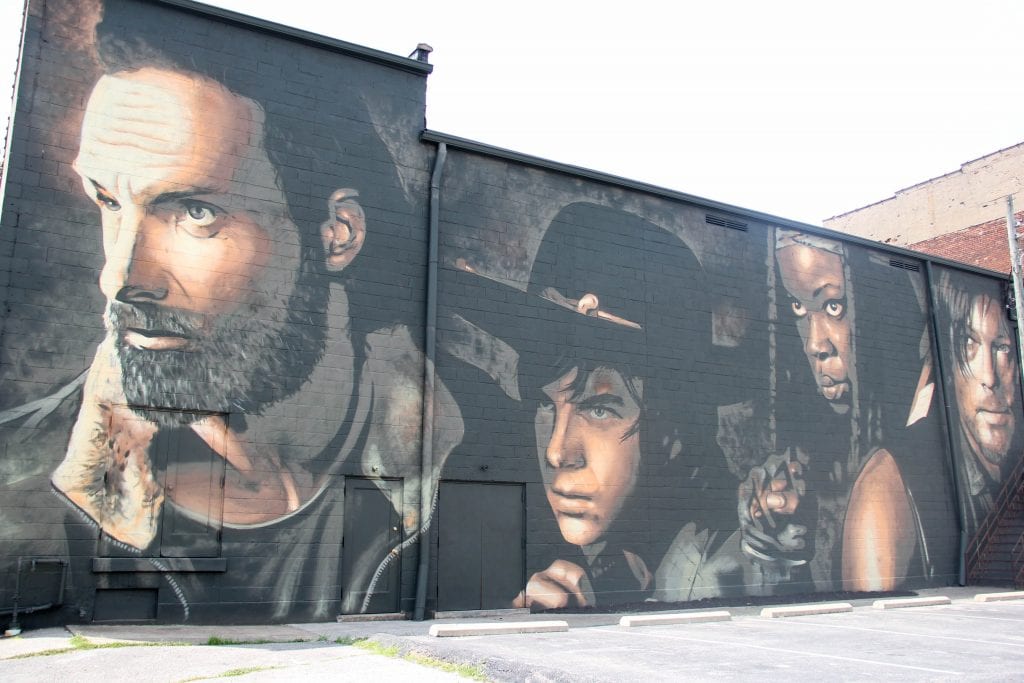 The details of the mural are absolutely incredible and it’s been drawing attention from fans of The Walking Dead from all over the country, some visiting from as far away as California and Texas!

Sergio Odeith is the mega-talented artist behind the mural which took a week and 150 cans of spray paint to finish.  He picked his favorite characters from the show to put up in Cynthiana and since he’s got an idea for another small town horror theme elsewhere, decided to leave zombies out of this one – and the decision was a good one.  The crisp attention to detail truly highlights Rick, Carl, Michonne, and Daryl and the emotion on their faces show the turmoil they face as a group daily.  It’s a true homage to The Walking Dead.

The mural hasn’t just been noticed by fans of The Walking Dead either, Norman Reedus posted a photo on his Instagram last week with quite a few round of applause emojis – he was obviously floored by the art as well.

Cynthiana also hosts a “Walking Dead” day downtown which will be made even more spectacular this year with the mural as a background!  Walkers are encouraged to show up as well as apocalypse survivors as you take tours of Cynthiana, get judged in costume contests and have a chance to meet Robert Kirkman and Tony Moore!

The mural being done in time for the Walking Dead day will certainly draw a larger crowd this year as visitors flock to larger than life versions of their favorite characters. 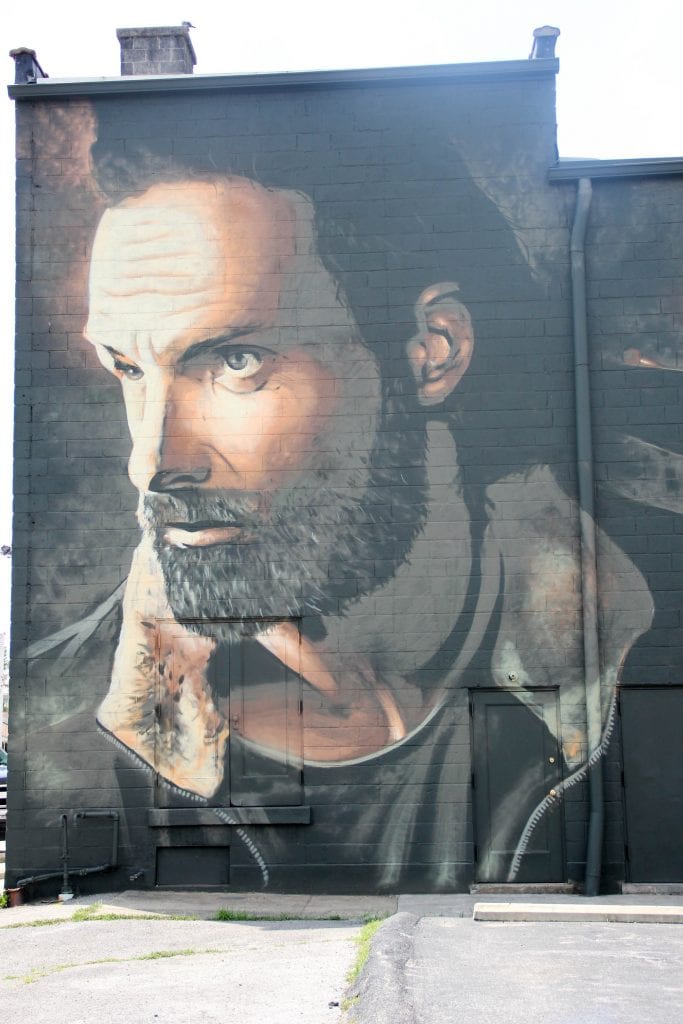 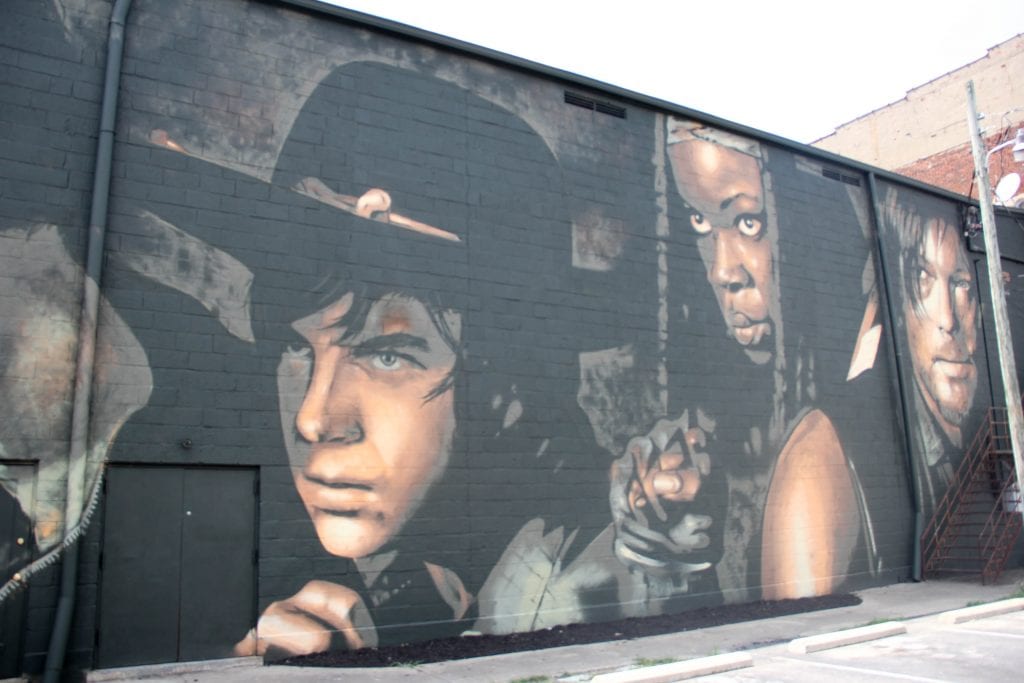 The artist says the mural will likely last for between 5 – 10 years which gives Walking Dead fans plenty of time to make the trip to Cynthiana and see it themselves, and who knows, maybe some of the cast members will make it out themselves too.